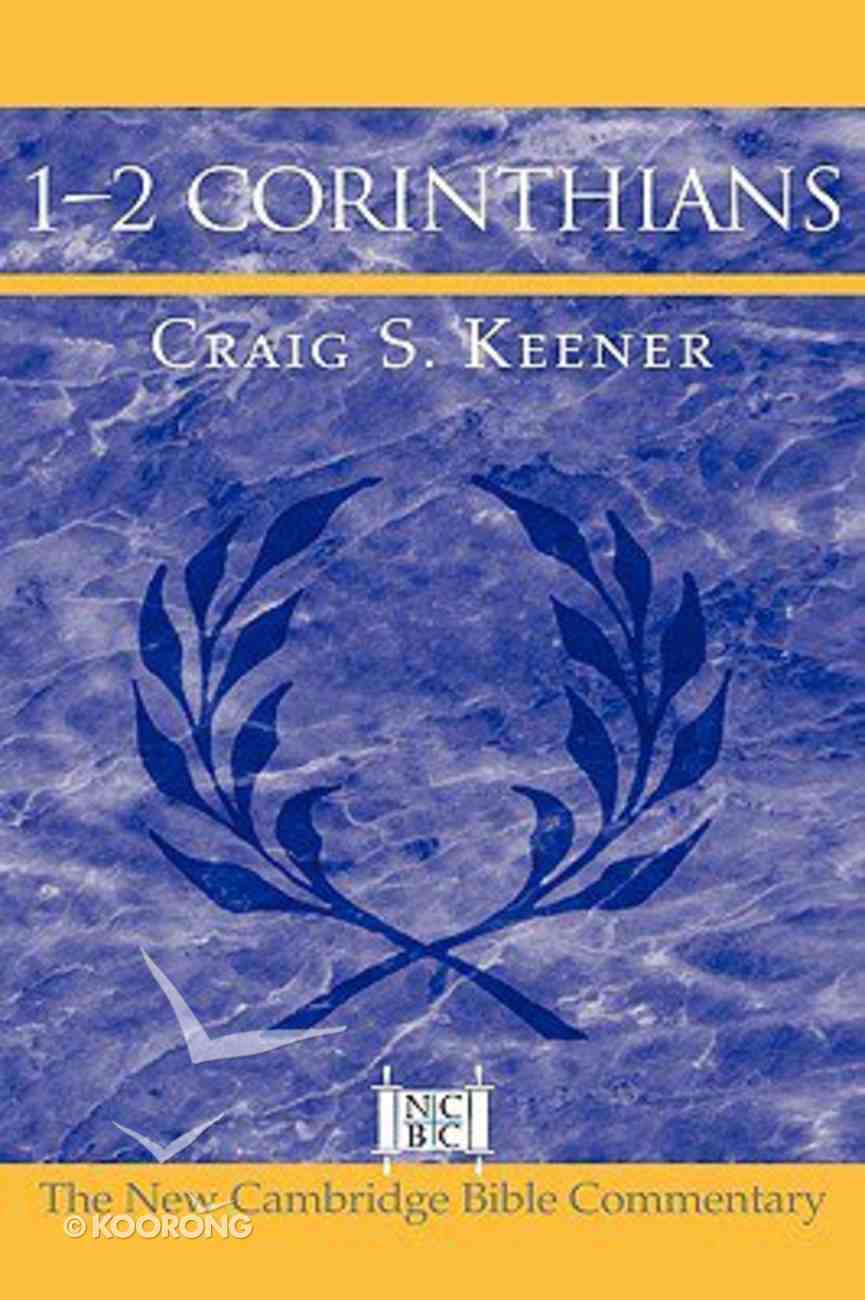 The New Cambridge Bible Commentary (NCBC) aims to elucidate the Hebrew and Christian Scriptures for a wide range of intellectually curious individuals. While building on the work and reputation of the Cambridge Bible Commentary popular in the 1960s and 1970s, the NCBC takes advantage of many of the rewards provided by scholarly research over the last four decades. Volumes utilize recent gains in rhetorical criticism, social scientific study of the Scriptures, narrative criticism, and other developing disciplines to exploit the growing edges in biblical studies. Accessible, jargon-free commentary, an annotated "Suggested Reading" list, and the entire New Revised Standard Version (NRSV) text under discussion are the hallmarks of all volumes in the series. Book jacket.
-Publisher

This commentary explains 1 and 2 Corinthians passage by passage, following Paul's argument. It uses a variety of ancient sources to show how Paul's argument would have made sense to first-century readers, drawing from ancient letter-writing, speaking, and social conventions. The commentary will be of interest to pastors, teachers, and others who read Paul's letters because of its readability, firm grasp of the background and scholarship on the Corinthian correspondence, and its sensitivity to the sorts of questions asked by those wishing to apply Paul's letters today. It will also be of interest to scholars because of its exploration of ancient sources, often providing sources not previously cited in commentaries.
-Publisher

Craig S. Keener (Ph.D., Duke University) is Professor of New Testament at Palmer Theological Seminary, Eastern University. He is also the author of many books, including commentaries on Matthew; John; Revelation (New International Version Application Commentary); The Spirit in the Gospels and Acts: Divine Purity and Power; Paul, Women, and Wives: Marriage and Womens Ministry in the Letters of Paul and And Marries Another: Divorce and Remarriage in the Teaching of the New Testament.
Koorong -Editorial Review.

Message of 1 Corinthians, The: Life in the Local Church (With Study Guide) (Bible Speaks Today Series)
David Prior
Paperback