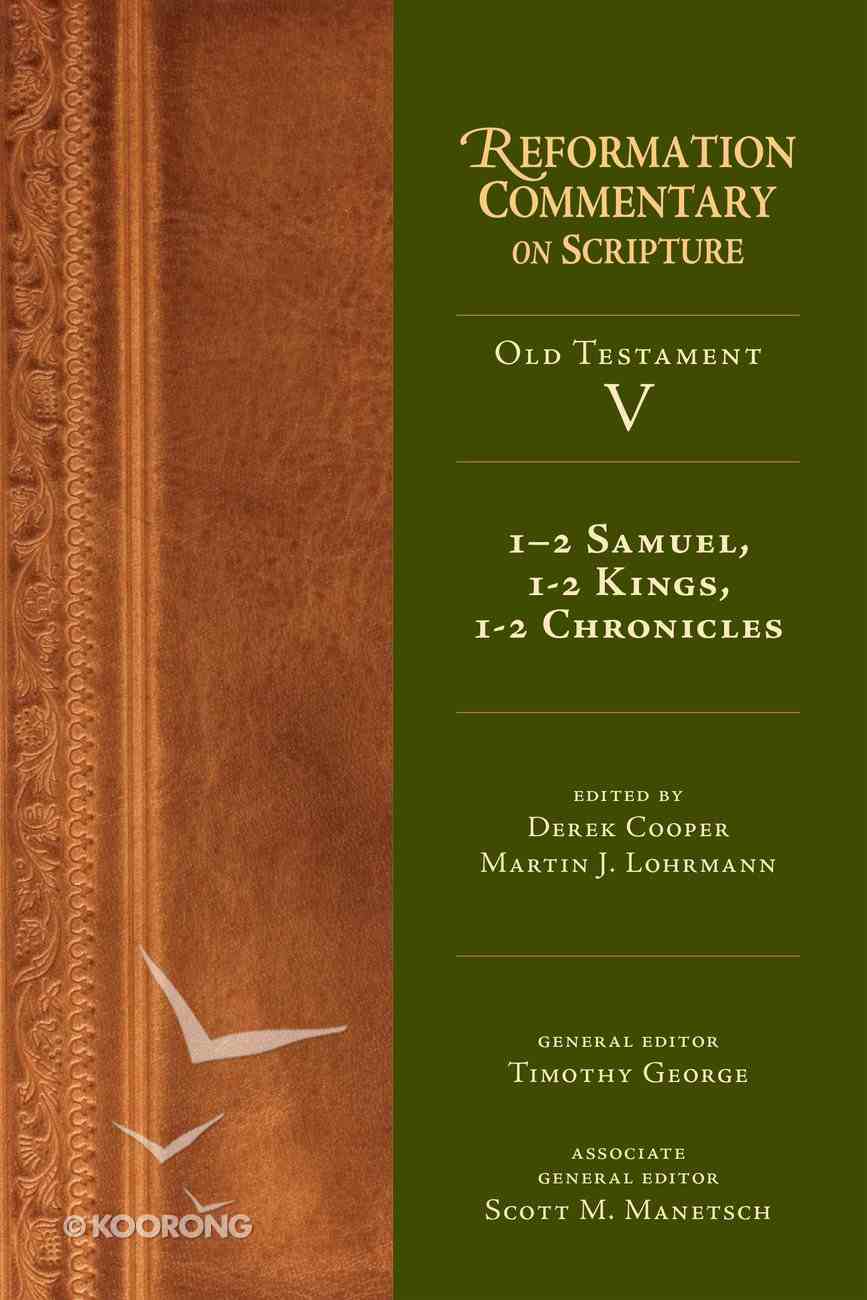 "Then David said to the Philistine, 'You come to me with a sword and with a spear and with a javelin, but I come to you in the name of the LORD of hosts.'" (1 Samuel 17:45) Reflecting upon David's...

"Then David said to the Philistine, 'You come to me with a sword and with a spear and with a javelin, but I come to you in the name of the LORD of hosts.'" (1 Samuel 17:45) Reflecting upon David's victory over Goliath, Reformation translator, theologian and commentator William Tyndale compared it to Christ's victory over sin and death: "When David had killed Goliath the giant, glad tidings came to the Israelites that their fearful and cruel enemy was dead and that they were delivered out of all danger. For this gladness, they sang, danced and were joyful. In like manner, the good news or 'gospel' of God is joyful tidings." The books of 1-2 Samuel, 1-2 Kings and 1-2 Chronicles, which record the history of Israel from the prophetic ministry of Samuel to the fall of Jerusalem, provided the reformers with some of the best-known narratives of the Old Testament upon which to comment, including Hannah's prayer, the anointing of Saul as Israel's first king, David's triumph over Goliath and his later adultery with Bathsheba, Solomon's building of the Temple, Elijah's challenge to the prophets of Baal, and the healing of Naaman. For the reformers, these stories were not merely ancient Israelite history, but they also foreshadowed the coming of Jesus Christ, and they had immediate relevance for their lives and the church of their day. Thus, Anglican exegete John Mayer perceived within King Josiah's reform of Israelite worship after the discovery of the Book of the Law a prefiguration of "what should be done in the latter days of the gospel, in which a greater reformation of the religion is now being made." In this Reformation Commentary on Scripture volume, Derek Cooper and Martin Lohrmann guide readers through a diversity of Reformation commentary on these historical books. Here, readers will find reflections from both well-known voices and lesser-known figures from a variety of confessional traditions?Lutherans, Reformed, Radicals, Anglicans and Roman Catholics?many of which appear in English for the first time. By drawing upon a variety of resources?including commentaries, sermons, treatises and confessions?this volume will enable scholars and students to understand better the depth and breadth of Reformation-era insights on Scripture. It will also provide resources for contemporary preachers, and encourage all those who continually seek to share the "joyful tidings" of Jesus Christ.
-Publisher

Derek Cooper (MDiv, Biblical Theological Seminary) is currently pursuing a PhD at Lutheran Theological Seminary and is an adjunct professor at Esperanza College. Due to work, family, and program requirements, Derek has attended classes at six different seminaries. He lives in Doylestown, Pennsylvania, with his wife.