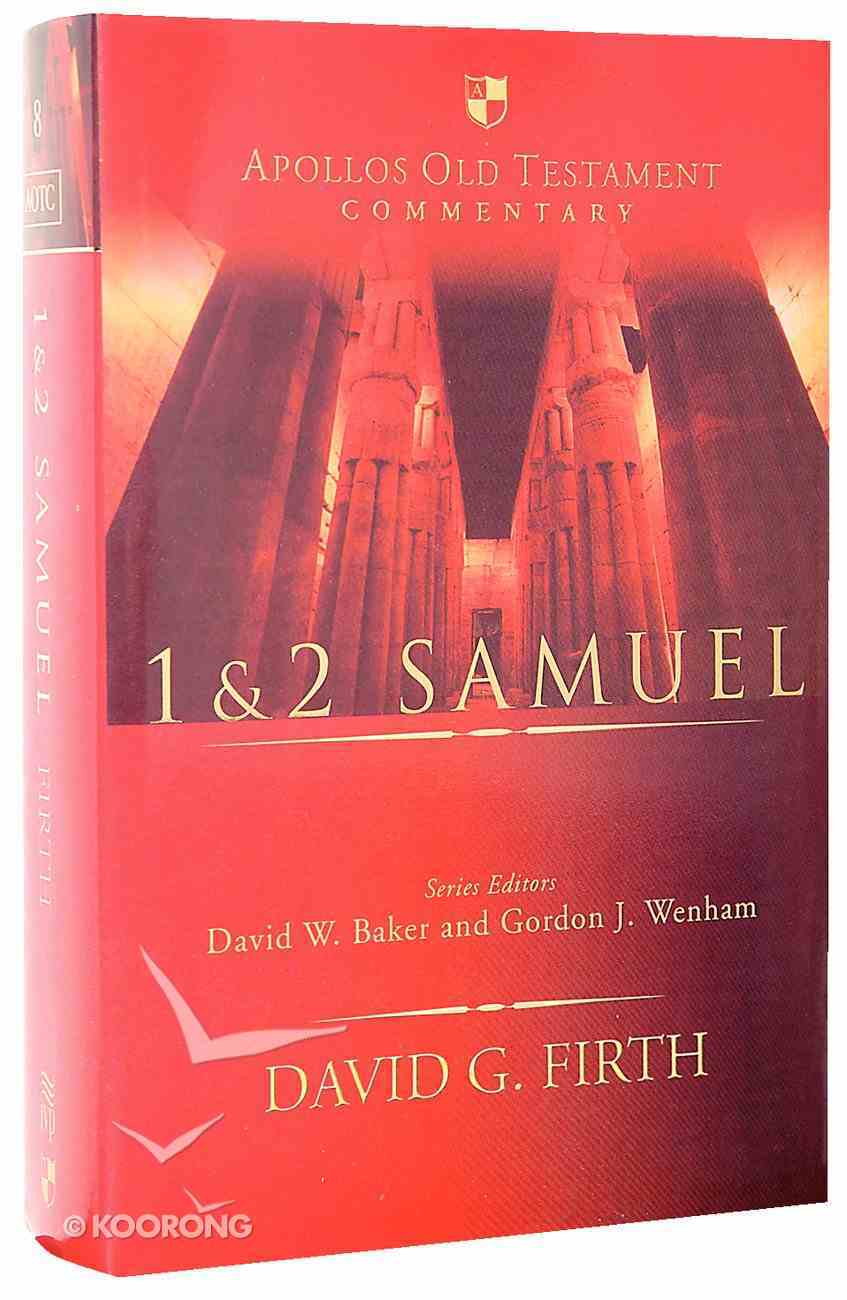 The books of Samuel contain two of the Bible's best-known stories - David's encounter with Goliath (1 Sam. 17), and his sin with Bathsheba and the murder of Uriah (2 Sam. 11). However, Samuel does more than just tell stories,...

The books of Samuel contain two of the Bible's best-known stories - David's encounter with Goliath (1 Sam. 17), and his sin with Bathsheba and the murder of Uriah (2 Sam. 11). However, Samuel does more than just tell stories, particularly of how first Saul and then David became king of Israel and the mistakes both made; it also offers a profoundly theological reflection on this formative part of Israel's history and an artistic telling of it. We are told how Israel's monarchy began: the way this is done points to the interpretation of these events.
^^Thus, in this excellent commentary, David G. Firth takes seriously the narrative techniques employed in the books of Samuel. Arguing that the books are a carefully constructed, intentional unit for interpretation, he explores the central theme of how the reign of God is worked out in the interplay between king and prophet. What emerges is a text that spoke with power into its own context - and which continues to address believers today.


^'This series rightly insists on rigorous scholarship but always in the service of the theology and message of the books of the Old Testament. Some outstanding scholars are signed up for this series and I look forward very much to having these commentaries on my shelves as they appear.'
^Craig Bartholomew, Professor of Philosophy, Redeemer University College, Ontario


^^'At last! A commentary series that combines the best of biblical scholarship with a passion for the message of the text. This series by the finest evangelical scholars is designed for students and pastors who are serious about understanding the Old Testament in its context and translating its message for the church in the twenty-first century.'
^Daniel Block, Professor of Old Testament, Wheaton College, Illinois
-Publisher.


The Bible is both a divine and a human book. It is the inspired word of God for his people, whether in biblical times or for the church today. It is also a fully human book, written by different people in a variety of cultural settings. Knowledge of biblical language and society is essential if the meaning of the human writer is to be grasped fully. The Apollos Old Testament Commentary aims to take with equal seriousness the divine and human aspects of Scripture. It expounds the books of the Old Testament in a scholarly manner accessible to nonexperts, and shows the relevance of the Old Testament to modern readers. This commentary begins with an Introduction, which gives an overview of the issues of date, authorship, sources and so on, but which also outlines more fully than usual the theology of 1 & 2 Samuel, and provides pointers toward its interpretation and contemporary application. The annotated Translation of the Hebrew text by the author forms the basis for the subsequent commentary. The Form and Structure section examines the context of a passage, its use of rhetorical devices, and source and form-critical issues. The Comment section is a thorough, detailed exegesis of the historical and theological meaning of the passage. The Explanation the goal of the commentary offers a full exposition of the theological message within the framework of biblical theology, and a commitment to the inspiration and authority of the Old Testament. Written by an international team of scholars, the commentaries are intended primarily to serve the needs of those who preach from the Old Testament. They are equally suitable for use by scholars and all serious students of the Bible.
-Publisher

David G. Firth (Ph.D., University of Pretoria ) is Old Testament Tutor at Cliff College. David has experience in pastoral and evangelistic ministry in his native Australia, as well as seven years with the Australian Baptist Missionary Society in Zimbabwe and South Africa. His research interests are in Old Testament ethics and mission, with a particular focus on literary issues associated with narrative and poetry.


He has written widely on these areas both in articles and in his books Hear, O Lord: A Spirituality of the Psalms (Calver: Cliff College Publishing, 2005), Surrendering Retribution in the Psalms: Responses to Violence in the Individual Complaints (Paternoster, 2005), and Interpreting the Psalms: Issues and Approaches (ed. with Philip S. Johnston) (IVPress, 2005), and 1 & 2 Samuel (Apollos Old Testament Commentary Series); The Message of Esther (The Bible Speaks Today Series), and has recently become general editor for the New Tyndale Old Testament Commentary series.
Kooorng - Editorial Review.