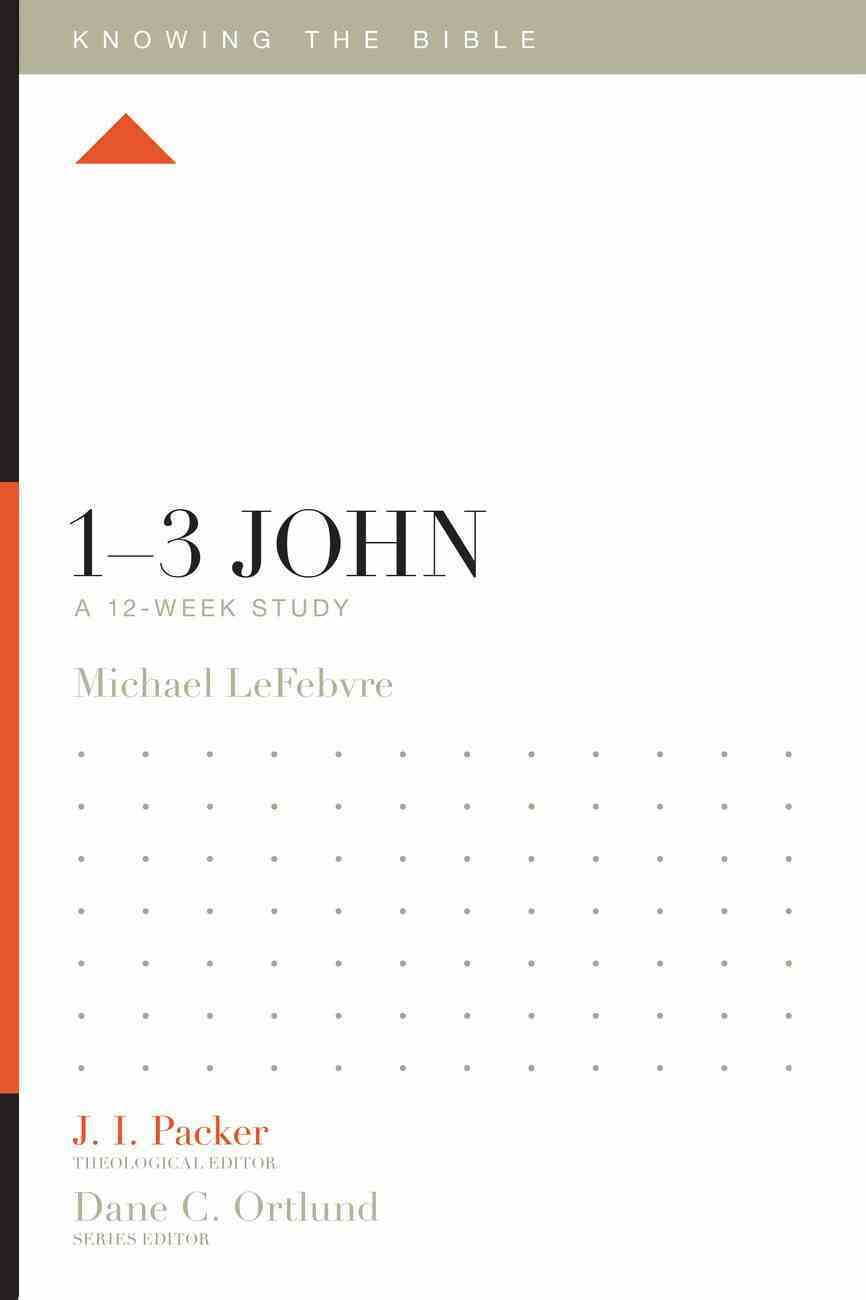 The Knowing the Bible series is a resource designed to help Bible readers better understand and apply God's Word. These 12-week studies lead participants through books of the Bible and are made up of four basic components: (1) reflection questions...

The Knowing the Bible series is a resource designed to help Bible readers better understand and apply God's Word. These 12-week studies lead participants through books of the Bible and are made up of four basic components: (1) reflection questions help readers engage the text at a deeper level; (2) "Gospel Glimpses" highlight the gospel of grace throughout the book; (3) "Whole-Bible Connections" show how any given passage connects to the Bible's overarching story of redemption, culminating in Christ; and (4) "Theological Soundings" identify how historic orthodox doctrines are taught or reinforced throughout Scripture. With contributions from an array of influential pastors and church leaders, these gospel-centered studies will help Christians see and cherish the message of God's grace on every page of the Bible.


The books of 1-3 John are full of practical wisdom for the Christian life. John wanted his readers to understand that as they grew in their understanding of their identity as children of God, they ought to grow in love for one another and in obedience to God's commands.


Over the course of 12 weeks, this study helps us see what it looks like to truly love and follow Jesus in a world that "is passing away along with its desires"-a transformed life that comes through knowing the love of God in Jesus Christ.


Part of the Knowing the Bible series.

Michael LeFebvre (Ph.D., University of Aberdeen) is pastor of Christ Church Reformed Presbyterian Church in the western suburbs of Indianapolis. He is the author of Singing the Songs of Jesus: Revisiting the Psalms and Collections, Codes, and Torah: The Re-characterization of Israel's Written Law (Library of Hebrew Bible/ Old Testament Studies; T & T Clark, 2006)
Koorong -Editorial Review.

In All Things: A Nine-Week Devotional Bible Study on Unshakeable Joy
Melissa B Kruger
Paperback