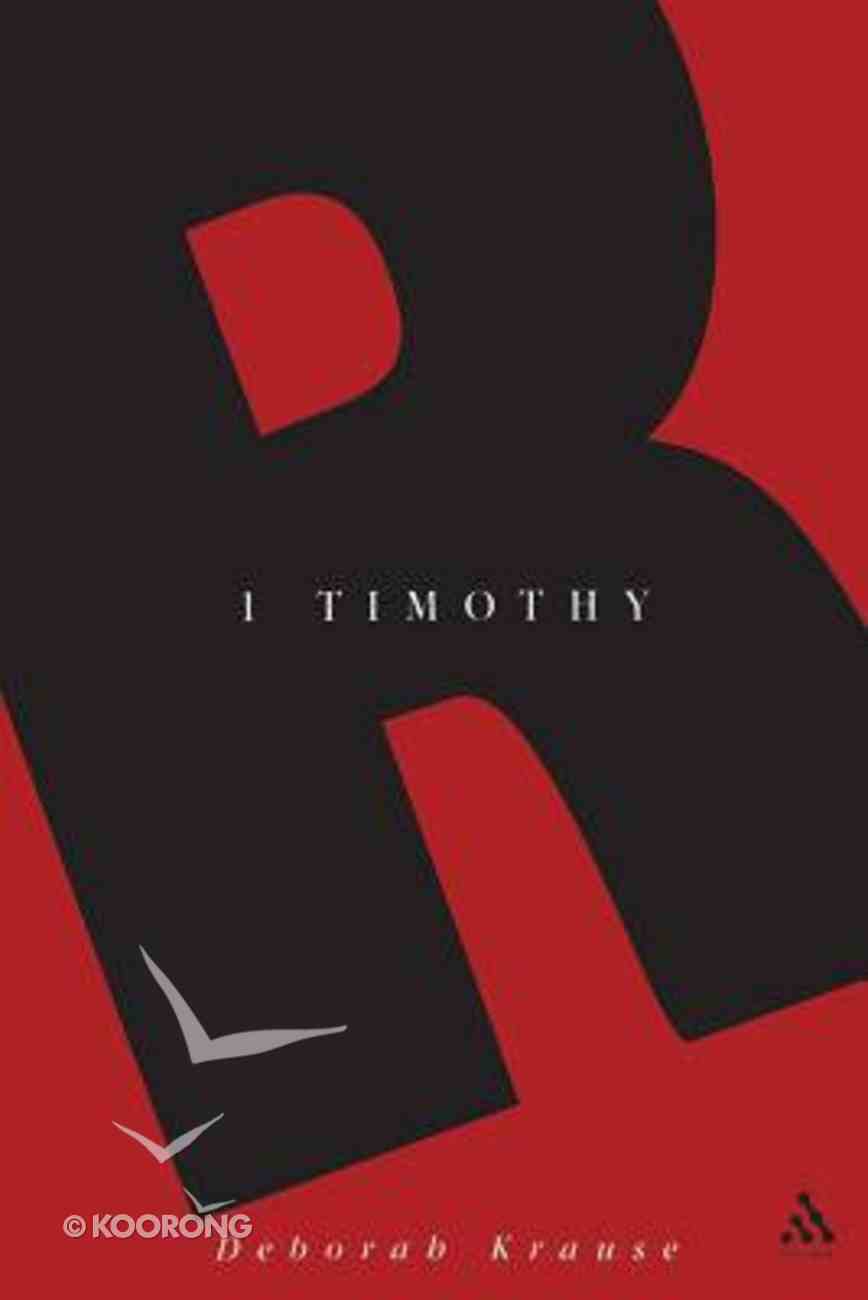 Deborah Krause offers a reading of 1 Timothy that opens up new avenues of interpretation both in regard to historical understandings of the text and in regard to how the text has shaped and continues to shape practices of the...

Deborah Krause offers a reading of 1 Timothy that opens up new avenues of interpretation both in regard to historical understandings of the text and in regard to how the text has shaped and continues to shape practices of the church. Deborah Krause examines the letter's rhetoric as a discourse of power and reveals the writer's struggle with the community addressed regarding the social, economic, political and ecclesiastical shape of the church. In this sense, the letter writer's claims about women, children, widows and slaves are seen as particular to a contentious environment within the early church, rather than as a normative picture of early Christianity. In order to expose the letter writer's rhetoric to such scrutiny, Krause provides extensive citations of non-canonical early Christian writings that represent alternative social structures and ecclesiastical organizations. Her goal is to allow interpreters a better understanding of the complexity of the letter and to expose its many competing voices in their historical, canonical, and interpretive contexts.
-Publisher

Krause offers a reading of the second century CE pseudepigraphical letter 1 Timothy in the light of feminist critical studies and discourse analysis. Read as discourse, the claims of the letter come to life on the page and reveal contexts of great struggle within the ancient church. Demands for order, silence, and discipline are read for what they attempt to represent and for what they unwittingly reveal. From this perspective, the letter reveals the struggles of the early church regarding gender, class, church order and the meaning of tradition, and as such provides a lively ground for examining similar struggles facing the church today.
-Publisher

Deborah Krause is Associate Professor of New Testament at Eden Theological Seminary in St. Louis, MO. She teaches courses on the interpreters of Paul, Biblical hermeneutics, and Feminist Biblical interpretation. She is an ordained minister within the Presbyterian

Inspiration and Incarnation: Evangelicals and the Problem of the Old Testament (2nd Edition)
Peter Enns
Paperback