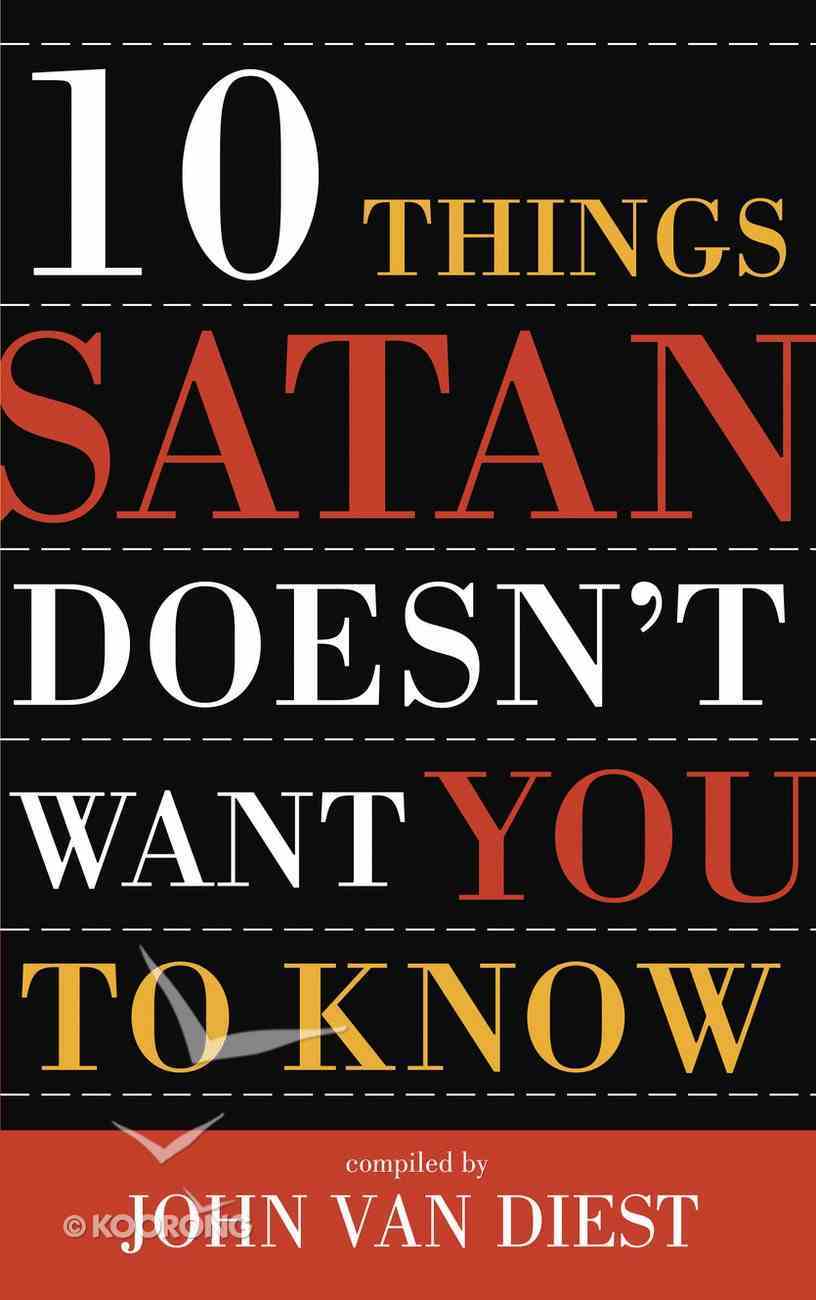 This collection combines the thoughts of today's most important Christian writers on the subject of spiritual warfare in a single compact volume. Satan is real and he is out to keep God's people from the truth. But with God's help-and...

The Pleasures of God (And Expanded)
John Piper
Paperback

Hear My Heart: What I Would Say to You
Billy Graham
Paperback

This collection combines the thoughts of today's most important Christian writers on the subject of spiritual warfare in a single compact volume. Satan is real and he is out to keep God's people from the truth. But with God's help-and inspired insights like the ones in these ten chapters-mankind will seek and know God's will for His world. Potential contributors include: Billy Graham, Philip Yancy, Charles Swindoll, Chuck Colson, Erwin Lutzer, John Piper, Jay Carty, Ray Stedman, and Charles Ryrie.

This collection combines the thoughts of today's most important Christian writers on the subject of spiritual warfare in a single compact volume. Satan is real and he is out to keep God's people from the truth. But with God's help-and inspired insights like the ones in these ten chapters-mankind will seek and know God's will for His world. Potential contributors include: Billy Graham, Philip Yancy, Charles Swindoll, Chuck Colson, Erwin Lutzer, John Piper, Jay Carty, Ray Stedman, and Charles Ryrie.
-Publisher

Despite all the information available in cyberspace, the most dangerous threat to our souls is what we don't know. Van Diest gathers the thoughts of Billy Graham, Philip Yancey, and other renowned Christians to provide you with the essential tool for detecting the devil's subtle ways: knowledge. Once you know Satan's schemes, you can conquer them! 225 pages, softcover from Multnomah.
-Publisher

Erin W. Lutzer has served as senior pastor of the Moody Church in Chicago since 1980. Dr. Lutzer is a renowned theologian and an award-winning author of more than twenty books, including the bestselling The Da Vinci Deception and The Truth About Same-Sex Marriage. The featured speaker on three national radio programs, The Moody Church Hour, Songs in the Night, and Running to Win, Dr. Lutzer speaks both nationally and internationally at Bible conferences and seminars helping to further God's kingdom.

John Van Diest a book publisher for more than thirty years, has played a key role in expanding Christian publishing around the globe. He is the co-compiler of the best selling List to Live By series and the co-author of Secrets God Kept. John lives with his wife, Pat, in Oregon

Charles C. Ryrie received his Master of Theology and doctor of Theology degrees from Dallas Theological Seminary, and his PhD from the University of Edinburgh. He was also awarded a Doctor of Letters degree by Liberty Baptist Theological Seminary in Lynchburg, Virginia. Ryrie served as the president of the Philadelphia College of Bible (now Philadelphia Biblical University), and as the chair of the department of systematic theology and dean of doctoral studies at Dallas Theological Seminary. He has published books on various topics such as theology, the Christian life, and dispensationalism.

Ron Mehl, the beloved pastor of a large congregation in Beaverton, Oregon, battled leukemia for more than twenty years until his death in May 2003. His books include the Gold Medallion winners God Works the Night Shift and Just in Case I Can't Be There. His latest, Right with God, was the 2003 National Day of Prayer theme book. Ron and his wife, Joyce, have two married sons.

Ray C. Stedman (d.1992), a graduate of Dallas Theological Seminary, was pastor of the Peninsula Bible Church in Palo Alto, California, for forty years. He is the author of over twenty books, including Adventuring Through the Bible; Let God Be God; Spiritual Warfare; Psalms of Faith; Hebrews (IVP NewTestament Commentary series), and his classic Body Life; about the purpose of the church.

JAY CARTY has played for the Los Angeles Lakers, coached basketball at his alma mater, Oregon State, and been a part of John Wooden's UCLA coaching staff. After hanging up his basketball shoes, Carty entered ministry. He has been a traveling preacher and the author of many books, including Playing with Fire, and the coauthor of Coach Wooden One-on-One and Darrell Waltrip One-on-One. Jay and his wife, Mary, live in California. C

Kerry D. McRoberts, D.MIN, MCS, MA, has twenty years of experience as a senior pastor. Since 1986, he has been a professor of practical ministries, theology, and apologetics/polemics. McRoberts has lectured in Asia, Latin America, and Europe and conducted numerous conferences on cults, the occult, and pagan spirituality. He and his wife, Vicki, have two married daughters and six grandchildren.