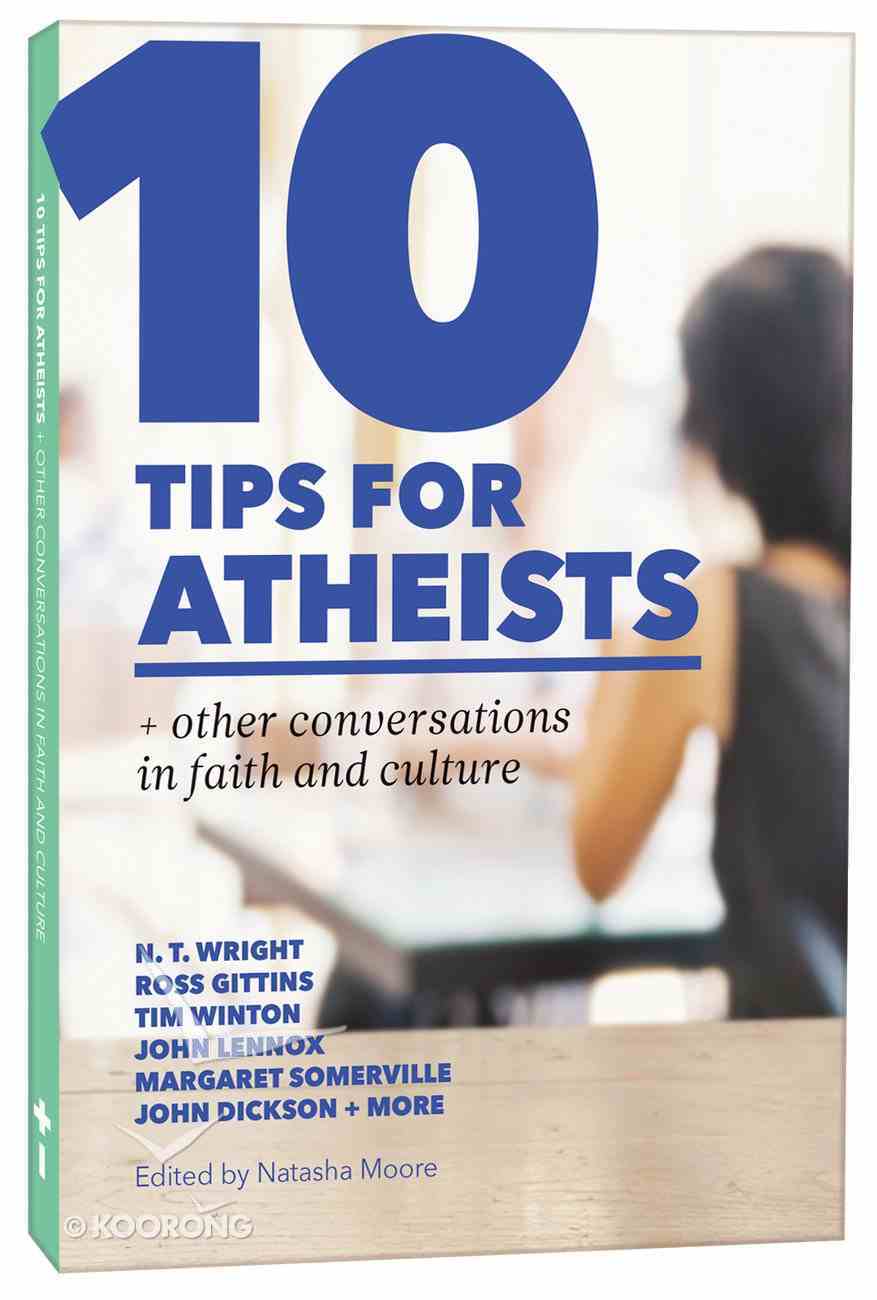 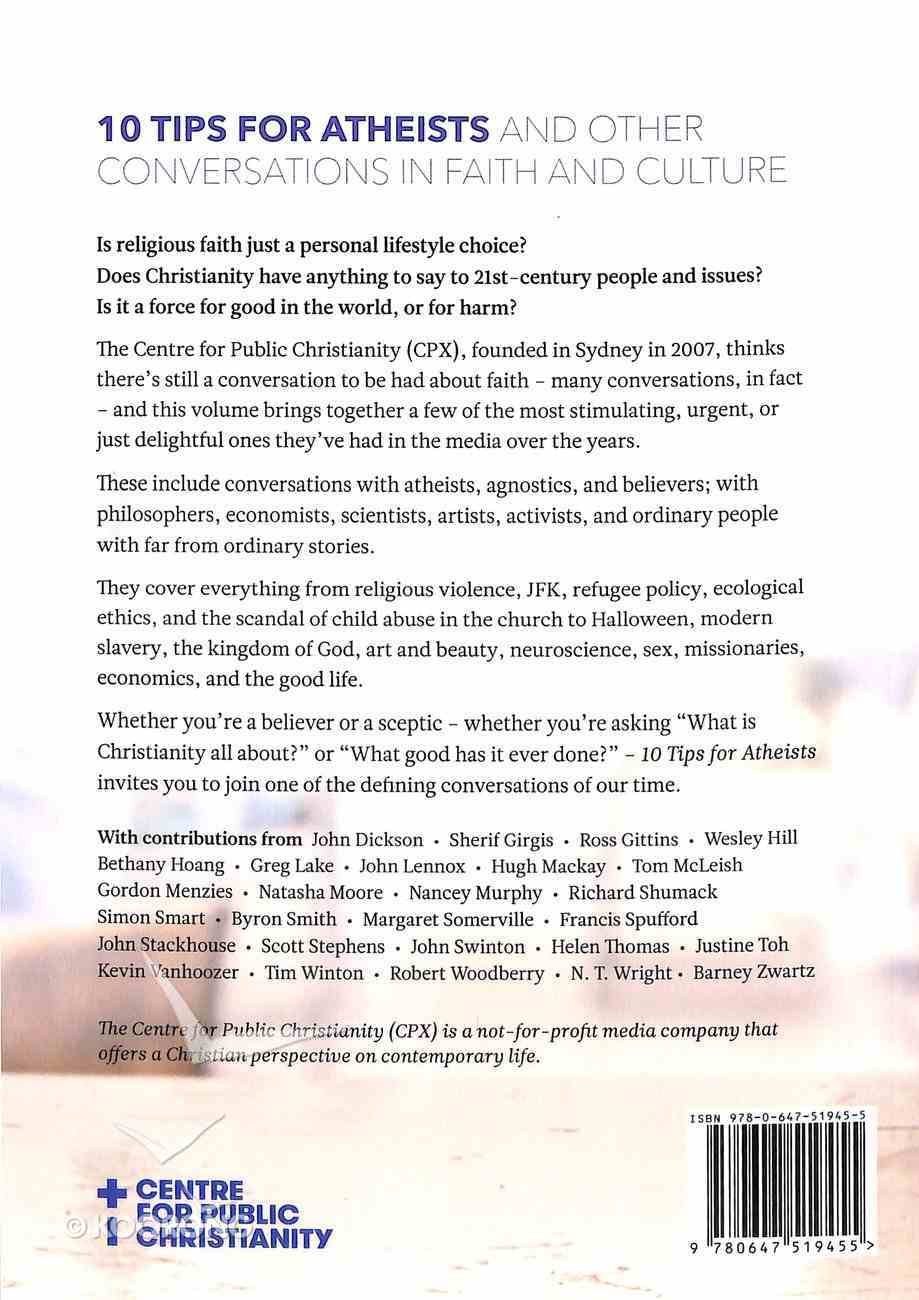 10 Tips For Atheists + Other Conversations in Faith and Culture

Is religious faith just a personal lifestyle choice? Does Christianity have anything to say to 21st-century people and issues? The Centre for Public Christianity (CPX), founded in Sydney in 2007, thinks there's still a conversation to be had...

Gunning For God: Why the New Atheists Are Missing the Target
John Lennox
eBook

Does Christianity have anything to say to 21st-century people and issues?

The Centre for Public Christianity (CPX), founded in Sydney in 2007, thinks there's still a conversation to be had about faith - many conversations, in fact - and this volume brings together a few of the most stimulating, urgent, or just delightful ones they've had in the media over the years.

These include conversations with atheists, agnostics, and believers; with philosophers, economists, scientists, artists, activists, and ordinary people with far from ordinary stories. They cover everything from religious violence, JFK, refugee policy, ecological ethics, and the scandal of child abuse in the church to Halloween, modern slavery, the kingdom of God, art and beauty, neuroscience, sex, missionaries, economics, and the good life.

Whether you're a believer or a sceptic - whether you're asking "What is Christianity all about?" or "What good has it ever done?" - 10 Tips for Atheists invites you to join one of the defining conversations of our time.

Hugh Mackay is an Australian psychologist and highly regarded social commentator. His annual the Mackay Report has been gauging the social attitude of Australians for over thirty years and he has written weekly columns for the Sydney Morning Herald, Age and West Australian. Hugh is the author of several best-selling books in the field of social psychology, including: Reinventing Australia (1993), the Good Listener (1994) and Generations (1997). He has also published four novels, the most recent of which was WINTER CLOSE (Hodder, 2002). He lives in Sydney.

Wesley Hill graduated from Wheaton College and has an MA in Theology and Religion from Durham University in the UK. He is currently working toward a PhD in New Testament at Durham and has written for Books and Culture and Ransom Fellowship's magazine Critique.

Nancey Murphy is Professor of Christian Philosophy at Fuller Theological Seminary. She is an internationally known author and speaker in the field of religion and science.

John G. Stackhouse, Jr. (Ph.D., University of Chicago) is Sangwoo Youtong Chee Professor of Theology and Culture at Regent College, Vancouver. He is the author or editor of ten books, including Humble Apologetics; Can God Be Trusted?; No Other Gods before Me?; Evangelical Ecclesiology; and Evangelical Landscapes.

Natasha is a Research Fellow at the Centre for Public Christianity. She has a PhD in English Literature from the University of Cambridge and is the author of Victorian Poetry and Modern Life: The Unpoetical Age and For the Love of God: How the church is better and worse than you ever imagined, as well as editor of 10 Tips for Atheists and other conversations in faith and culture. She has worked for CPX since 2014 and written for the mainstream media on topics that include books, movies, politics, food, domestic violence, Scripture in schools, war, Thanksgiving, and freedom of speech.

Francis Spufford, a former Sunday Times Young Writer of the Year (1997), has edited two acclaimed literary anthologies and a collection of essays about the history of technology. His first book, I May Be Some Time, won the Writers' Guild Award for Best Non-Fiction Book of 1996, the Banff Mountain Book Prize and a Somerset Maugham Award. His second, The Child That Books Built, gave Neil Gaiman 'the peculiar feeling that there was now a book I didn't need to write'. His third, Backroom Boys, was called 'as nearly perfect as makes no difference' by the Daily Telegraph and was shortlisted for the Aventis Prize. In 2007 he was elected a Fellow of the Royal Society of Literature. He teaches writing at Goldsmiths College and lives near Cambridge.