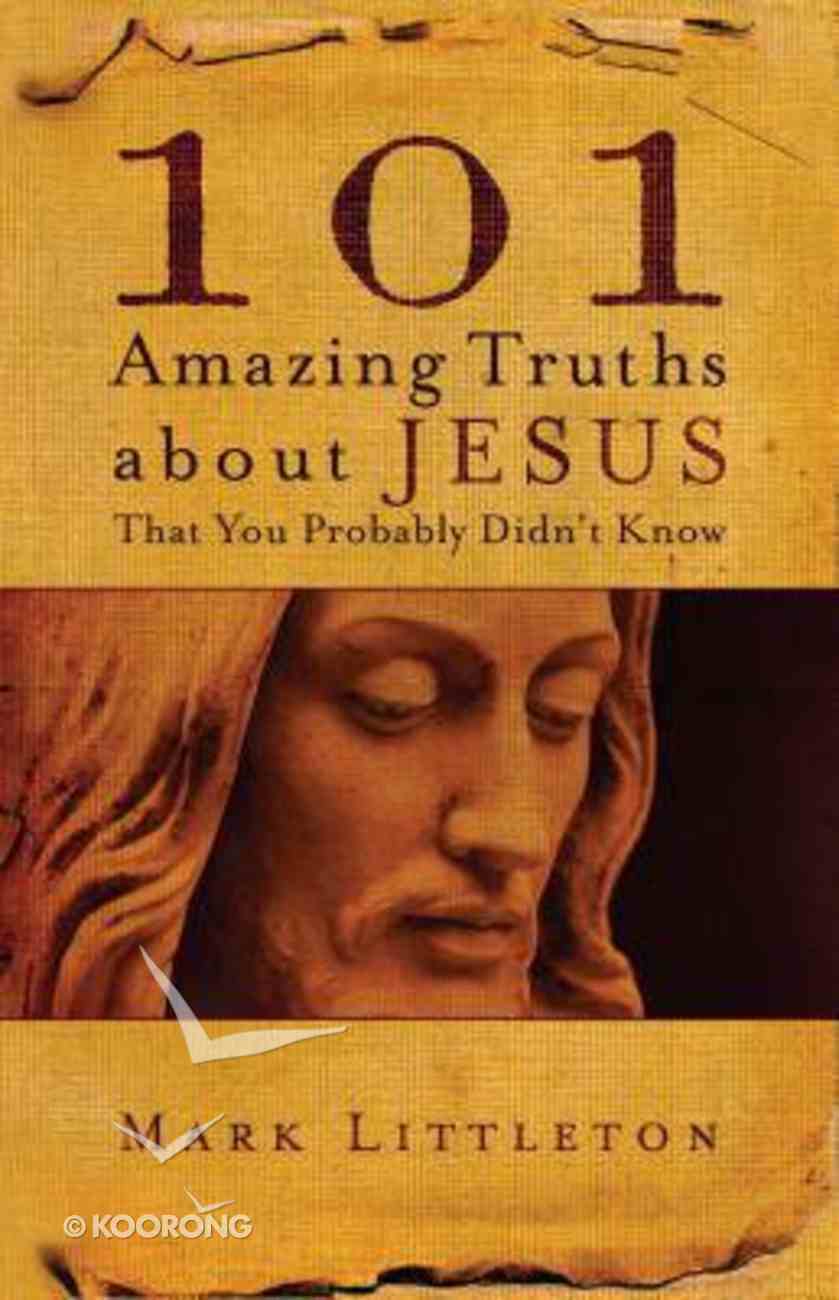 101 Amazing Truths About Jesus That You Probably Didn't Know

No one has influenced history like Jesus Christ, yet so many know so little about this amazing man. ^Do you know . . . ^^-- Jesus paid taxes?^-- His parents almost divorced?^-- Some of his ancestors were less than desirable...

Head Heart Hands: Unpacking Biblical Truths in a Way That Impacts Our Hearts and Changes Our Lives (3 Book Set)
Paperback

No one has influenced history like Jesus Christ, yet so many know so little about this amazing man. ^Do you know . . . ^^-- Jesus paid taxes?^-- His parents almost divorced?^-- Some of his ancestors were less than desirable characters? ^-- Sometimes even his followers didn't believe him?^-- If Jesus was really born on December 25? ^^Are you ready to . . . ^^-- Expand your knowledge beyond the stories you heard in Sunday school?^-- Find truths that will compel you to love him more?^-- Understand his words and find the secret of true happiness?^-- Discover the joy in seeing others through his eyes? ^^Let this captivating book introduce you to the most creative, thought-provoking person in history . . . JESUS ^
-Publisher

1 Jesus created ALL things. "In the beginning God created the heavens and the earth" (Genesis 1:1). For thousands of years people believed that God the Father, God Jehovah, God the self-existing one, was the Creator. But John tells us Jesus was the Creator: "Through him [Jesus] all things were made; without him nothing was made that has been made" (John 1:3). God the Father was the architect, planner, and producer of creation. But Jesus was the agent and director, the executor of the process. This bears out in a couple of passages from other places in the New Testament. First, Colossians 1:15-17 tells us, "He [Jesus] is the image of the invisible God, the firstborn over all creation. For by him all things were created: things in heaven and on earth, visible and invisible, whether thrones or powers or rulers or authorities; all things were created by him and for him. He is before all things, and in him all things hold together." From this we see that (1) Jesus created everything, visible and invisible; (2) everything was created "by him" and "for him" -- in other words, the creation belongs to him; (3) he existed "before all things" -- before anything else existed; and (4) he "holds all things together" -- it is by his power that the universe does not simply explode. Next, in Hebrews 1:2, we read: "But in these last days he has spoken to us by his Son, whom he appointed heir of all things, and through whom he made the universe." Again we see an unequivocal statement of Jesus's role as Creator. Think about this for just a moment. When Jesus walked the earth and spoke with and healed countless people, doing miracle upon miracle, he was the one who actually had created that earth and those people. When the leading Jews insulted him and spit on him, they were mistreating the one who had fashioned them in the womb. And when people nailed him to the cross, they were in effect trying to kill the one who held their molecules and bodies together. It's a remarkable thought. Who could possibly have understood when looking into Jesus's face and hearing his voice that they were seeing and hearing creative omnipotence? 2007, Mark R. Littleton
-Publisher

Littleton is a graduate of Colgate University and Dallas Theological Seminary. He has served both as a youth pastor and pastor, and continues his ministry today as an itinerant speaker and writer of all things factual and fabulous. He has published over thirty books on various themes and subjects, including the spiritual life, depression, time management, Bible study, and the problem of evil and suffering.