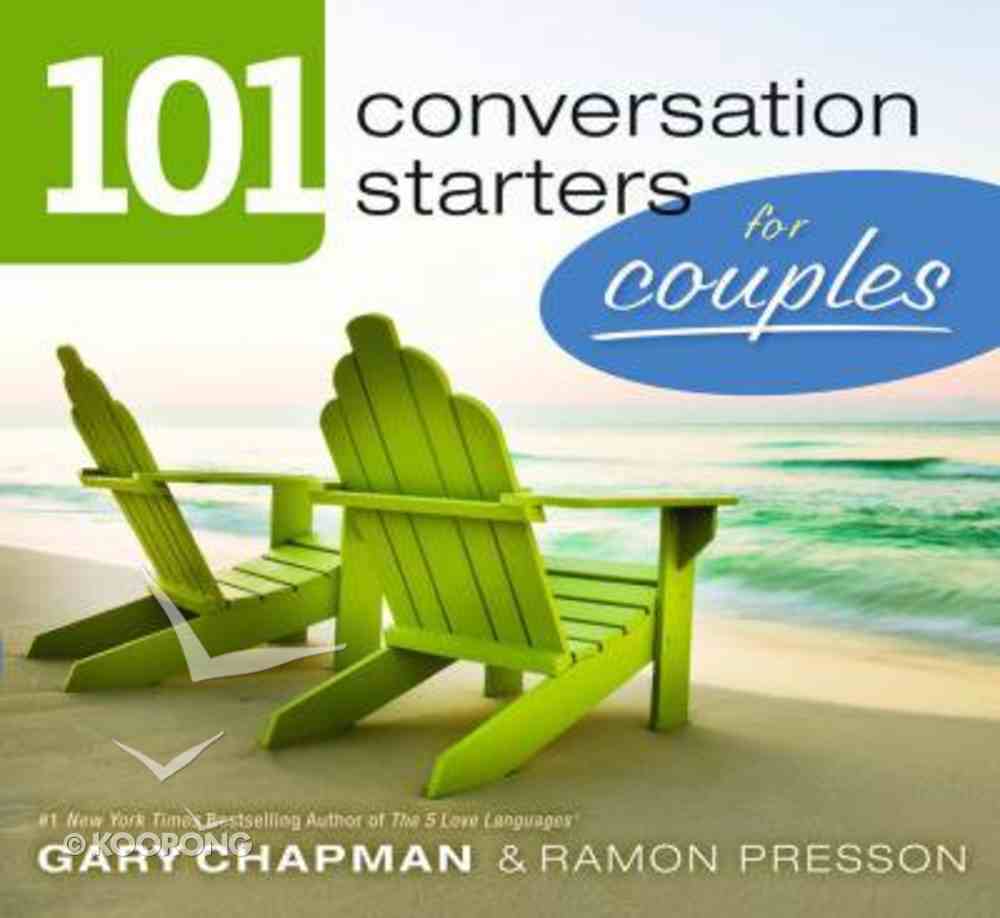 Your spouse is a unique person, filled with amazing insights, thoughts, feelings, and experiences. Communication is key to really knowing and fully loving that person. Bestselling author and marriage counselor Gary Chapman has developed this handy tabletop resource...

For Women Only, For Men Only, and For Couples Only Participant's Guide
Shaunti Feldhahn
eBook

Your spouse is a unique person, filled with amazing insights, thoughts, feelings, and experiences. Communication is key to really knowing and fully loving that person.


Bestselling author and marriage counselor Gary Chapman has developed this handy tabletop resource to get you and your spouse talking. With 101 probing questions, couples will find their relationship enhanced, their intimacy deepened, and their romance ignited. 101 Conversation Starters for Couples is the perfect companion to the bestselling book, The 5 Love Languages. It also makes an excellent Valentines Day, wedding, and anniversary gift. It helps you and your spouse get the conversation flowing.

Bo Lane is a writer, a filmmaker and the founder of ExPastors.com, a resource to encourage pastors and leaders who have or are going through a break-up with the local church. Previously, he published Rethink Monthly, a print and online magazine with the mission of presenting real and authentic thoughts, news, and opinions about spirituality, life and culture. Bo served as an Associate Pastor in churches throughout Oregon, Iowa, and California for nearly a decade. He is married to Melissa and they have two beautiful children, Benjamin and Bella. In addition to his work with ExPastors, Bo enjoys

Letters to My Daughters: The Art of Being a Wife
Barbara Rainey
Hardback

The Language of Love and Respect: Cracking the Communication Code With Your Mate
Emerson Eggerichs
Paperback