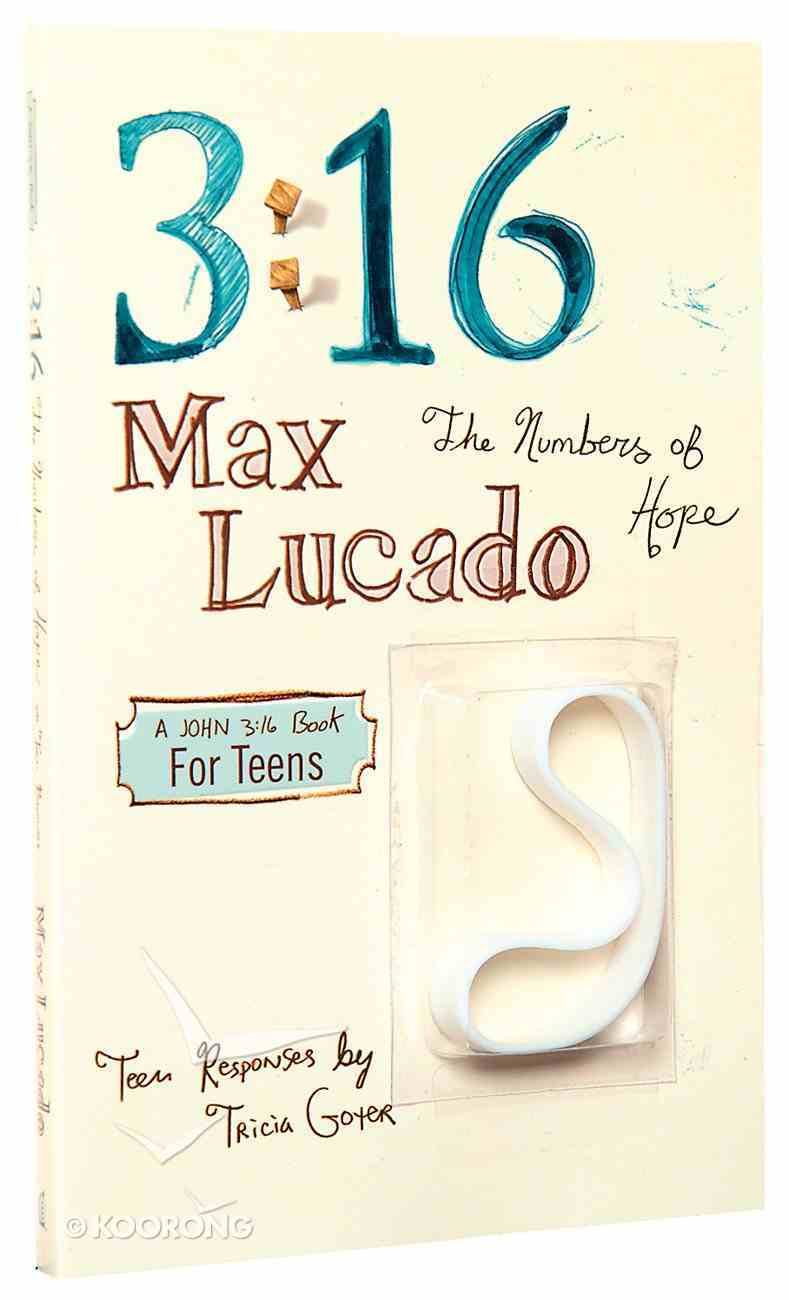 Based on the text of John 3:16, this book brings Max Lucado's insights to teen readers. Max's unique and simple storytelling style is accompanied by responses written by Tricia Goyer, guiding teens to understand John 3:16's impact on their lives....

You Are Special
Max Lucado
Board Book

Thank You, God, For Blessing Me (Little Hermie Series)
Max Lucado
Board Book

The Song of the King
Max Lucado
Hardback

Based on the text of John 3:16, this book brings Max Lucado's insights to teen readers. Max's unique and simple storytelling style is accompanied by responses written by Tricia Goyer, guiding teens to understand John 3:16's impact on their lives.

Based on the beloved verse of John 3: 16, Max Lucado brings insight to help teens apply this important teaching to their lives. ^3: 16 is certain to be one of Max's most important titles ever. Max offers his unique and simple storytelling for this important message while Tricia Goyer writes teen responses to Max's message, guiding teens to fully understand how this verse can impact their lives. From confession to praise, these responses are sure to bring an insightful look into the personal faith of teens. ^Note: White silicone bracelet no longer available with this edition. To order bracelet seperately, use ISBN 9781400312634.
-Publisher

3: 16 - the Number of Hope (A Study For Small Groups)
Max Lucado
eBook

The Case For Miracles: A Journalist Explores the Evidence For the Supernatural (Student Edition)
Lee Strobel
Paperback

God Girl: Becoming the Woman You're Meant to Be
Hayley Dimarco
Hardback