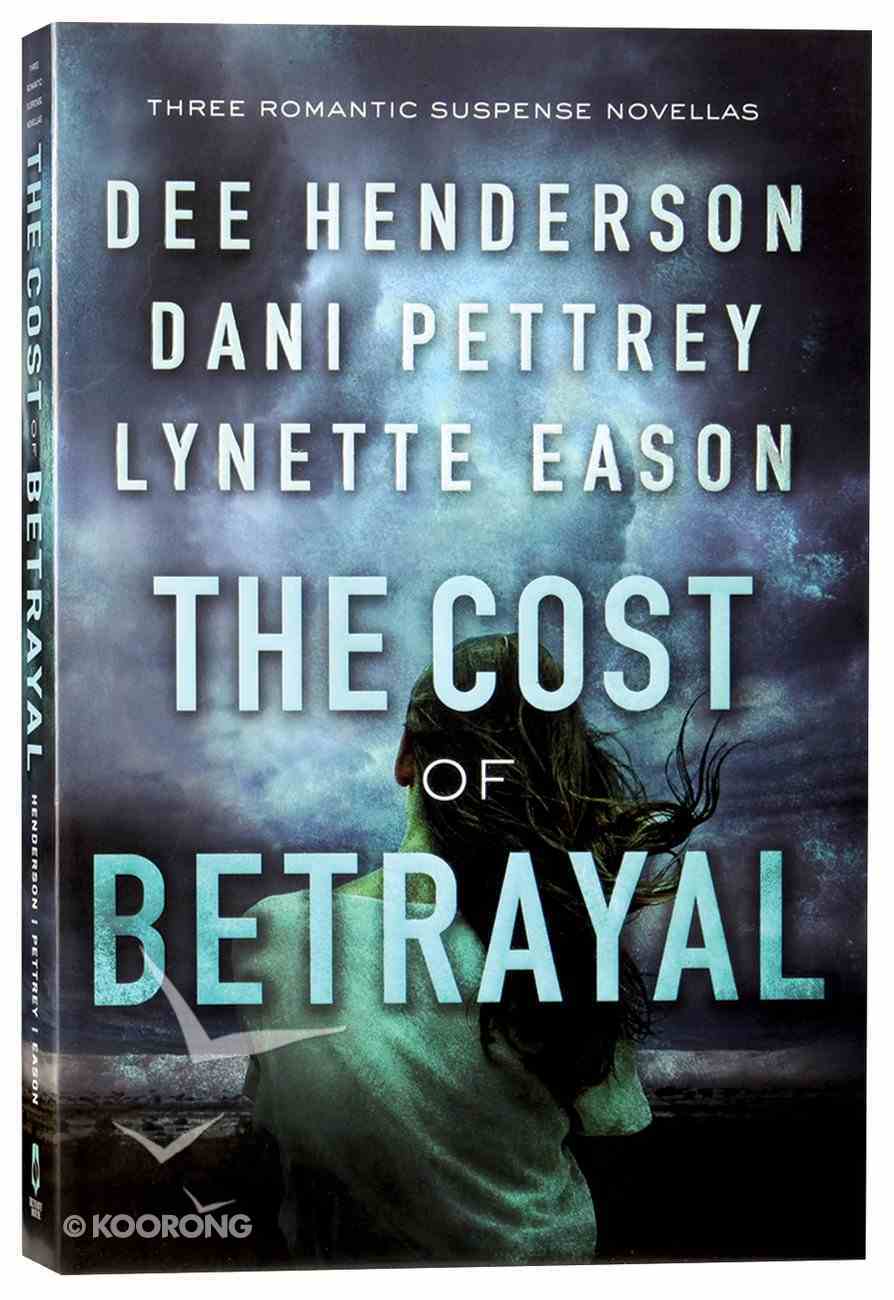 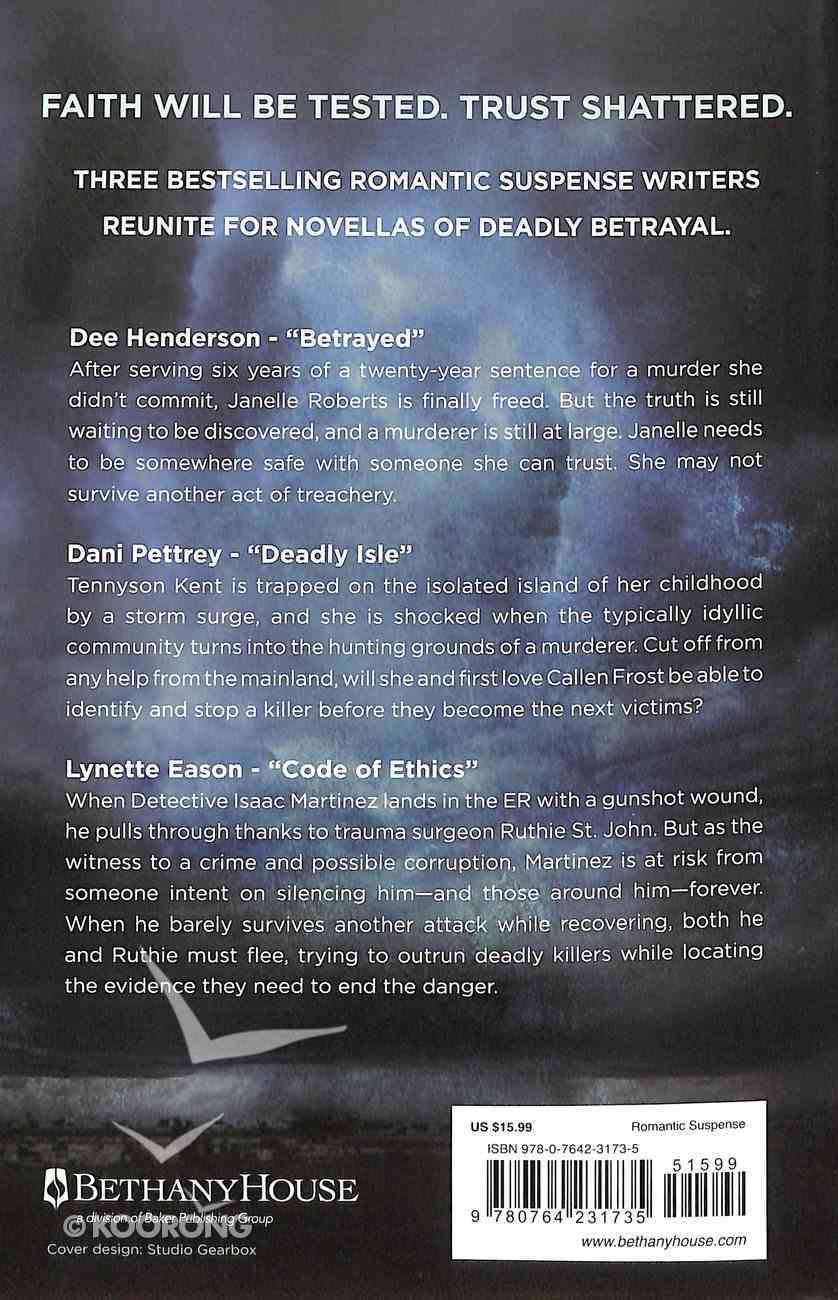 3in1: Cost of Betrayal, The: Betrayed; Deadly Isle; Code of Ethics (Cost Of Betrayal Collection)

Novellas by three of today's most exciting suspense authors - in one volume. All of them have vivid, pacy contemporary settings and involve women caught up in complex webs of injustice, relationship, and murder. The novellas are Betrayed, Deadly Isle,...

Novellas by three of today's most exciting suspense authors - in one volume. All of them have vivid, pacy contemporary settings and involve women caught up in complex webs of injustice, relationship, and murder. The novellas are Betrayed, Deadly Isle, and Code of Ethics.

:In Dee Henderson's novella "Betrayal," Janelle Roberts is freed--thanks to people she doesn't know--after serving six years of a twenty-year sentence for a murder she did not commit. But a murderer is still at large, and Janelle needs to be somewhere safe with someone she can trust. She may not survive another betrayal.

In Dani Pettrey's "Deadly Isle," Tennyson Kent is trapped on the isolated island of her childhood by a storm surge, and she is shocked when the typically idyllic community turns into the hunting grounds of a murderer. Cut off from any help from the mainland, will she and first love Callen Frost be able to identify and stop a killer bent on betrayal before they become the next victims?

In Lynette Eason's "Code of Ethics," trauma surgeon Ruthie St. John saves the life of Detective Isaac Martinez. After a betrayal leads to him getting shot and then attacked while in recovery, Isaac is now a key witness determined to testify. But someone is intent on silencing him--and those around him--forever. Together, Ruthie and Isaac go on the run, desperate to escape the killers hunting him.

Lynette Eason grew up in Greenville, SC and now lives in Spartanburg, SC. She is married and has two precious children, Lauryn and Will. Lynette is a full time writer. Lynette enjoys visits to the mountains, hanging out with family and brainstorming stories with her fellow writers. She gives God the glory for her giving her the talent and desire to spin stories that bring readers to the edge of their seat and to the throne of Christ.

Praised by New York Times bestselling author Dee Henderson as "a name to look for in romantic suspense," Dani Pettrey has sold nearly 800,000 copies of her novels to readers eagerly awaiting the next release. Dani combines the page-turning adrenaline of a thriller with the chemistry and happy-ever-after of a romance. Her novels stand out for their "wicked pace, snappy dialogue, and likable characters" (Publishers Weekly), "gripping storyline[s]" (RT Book Reviews), and "sizzling undercurrent of romance" (USA Today).

Dani considers herself blessed to be able to write the kind of stories she loves--full of plot twists, peril, love, and a longing for hope and redemption. Her greatest joy as an author is sharing the stories God lays on her heart. She researches murder and mayhem from her home in Maryland, where she lives with her husband. For more information about her novels, visit danipettrey.com.

Into the Deep (#03 in Rock Harbor Series)
Colleen Coble
Paperback