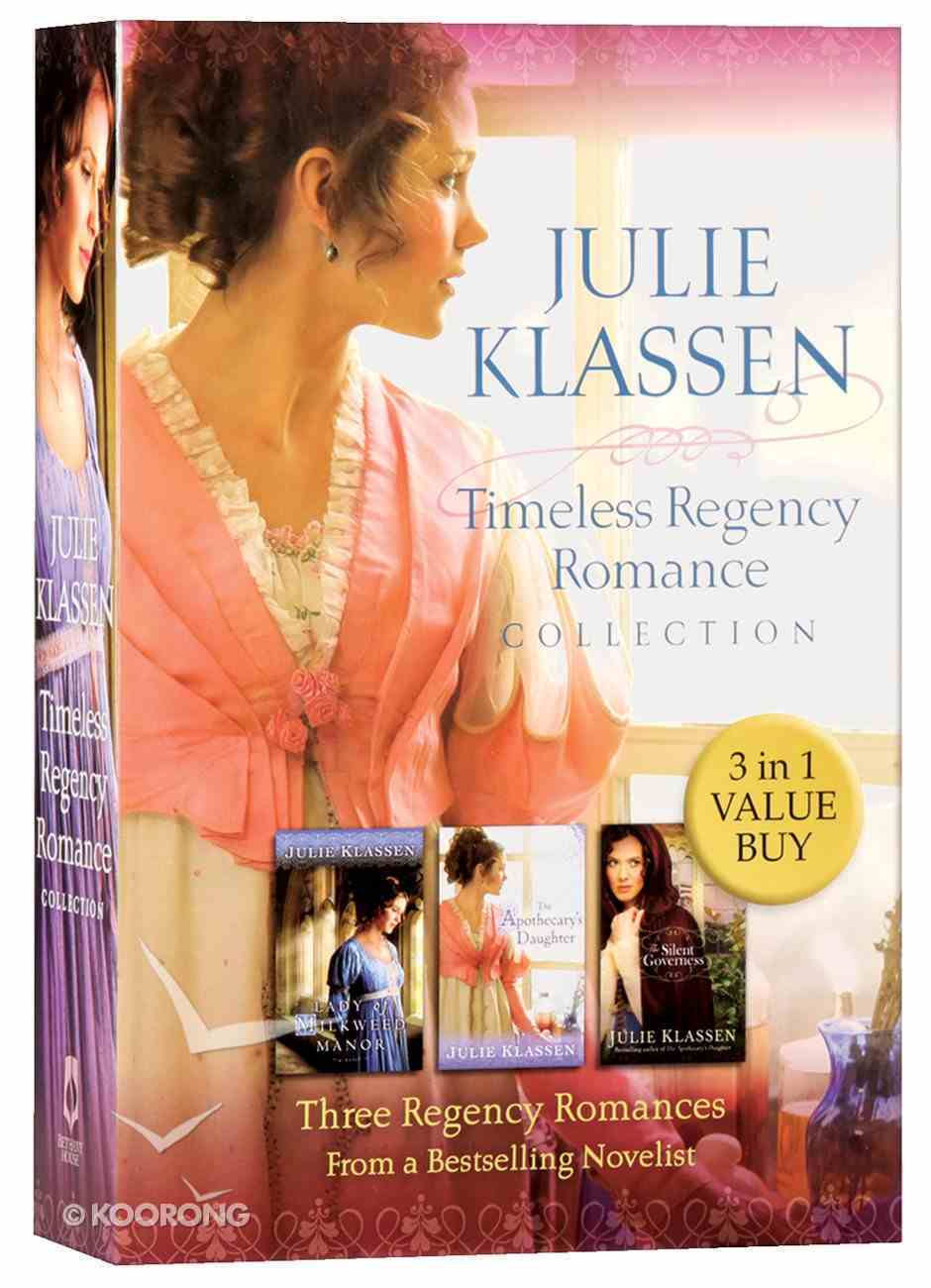 Here is a great-value collection of three bestselling Regency romances from award-winning writer Julie Klassen. In them, strong young heroines contend with adversity and opportunity, as secrets are hidden and exposed, and men's worth is truly tested. The...

Here is a great-value collection of three bestselling Regency romances from award-winning writer Julie Klassen. In them, strong young heroines contend with adversity and opportunity, as secrets are hidden and exposed, and men's worth is truly tested.

The Lady of Milkweed Manor
Charlotte Lamb, a fallen vicar's daughter, hopes to secret herself away in London's grim Milkweed Manor. But once there, she is mortified to find herself in the care of a former suitor, a physician whom her father long ago rejected as unsuitable, a man who now hides secrets of his own. Both are determined, with God's help, to protect those they love. But neither could guess the depth of sacrifice that will be required of them.

The Apothecary's Daughter
Lillian Haswell, brilliant daughter of the local apothecary, yearns for more adventure and experience than life in her father's shop and their small village provides. She also longs to know the truth behind her mother's disappearance, which villagers whisper about but her father refuses to discuss. Opportunity comes when a distant aunt offers to educate her as a lady in London. Exposed to fashionable society and romance - as well as clues about her mother - Lilly is torn when she is summoned back to her ailing father's bedside. Women are forbidden to work as apothecaries, so to save the family legacy, Lilly will have to make it appear as if her father is still making all the diagnoses and decisions. But the suspicious eyes of a scholarly physician and a competing apothecary are upon her. As they vie for village prominence, three men also vie for Lilly's heart.

The Silent Governess
Believing herself guilty of a crime, Olivia Keene flees her home, eventually stumbling upon a grand estate where an elaborate celebration is in progress. But all is not as joyous as it seems.
Lord Bradley has just learned a terrible secret, which, if exposed, will change his life forever. When he glimpses a figure on the grounds, he fears a spy or thief has overheard his devastating news. He is stunned to discover the intruder is a scrap of a woman with her throat badly injured. Fearing she will spread his secret, he gives the girl a post and confines her to his estate. As Olivia and Lord Bradley's secrets catch up with them, will their hidden pasts ruin their hope of finding love?