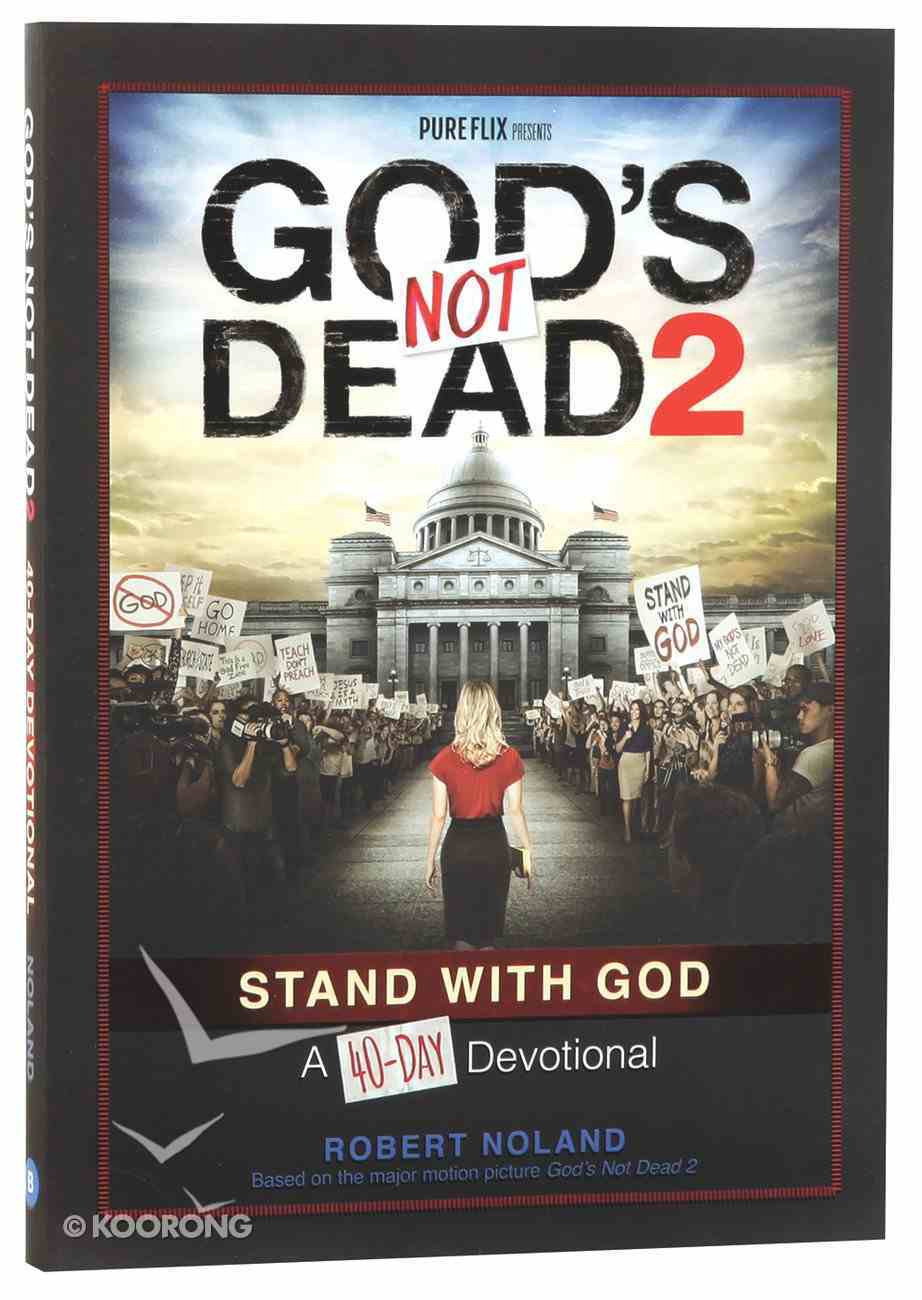 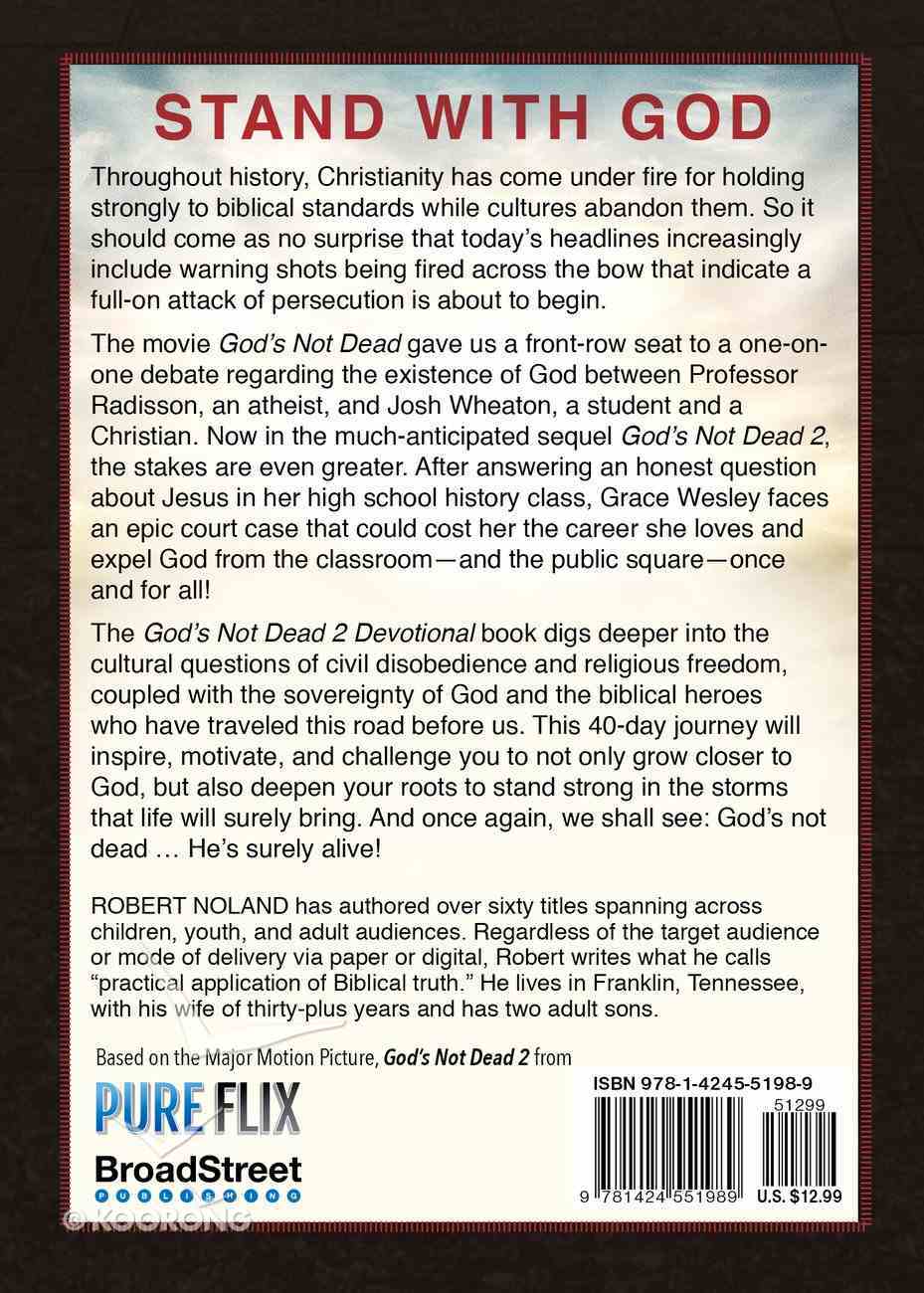 God's Not Dead 2 is a dramatic portrayal of what happens when the legal process is used in attempts to silence Christian witness. This tie-in devotional addresses civil disobedience and religious freedom, and presents biblical examples that will inspire, challenge,...

Out of Print, Available while stocks last.

God's Not Dead: Evidence For God in An Age of Uncertainty
Rice Broocks
Paperback

Do You Believe Movie
DVD

Between Heaven and Hollywood
David A R White
Paperback

God's Not Dead 2 is a dramatic portrayal of what happens when the legal process is used in attempts to silence Christian witness. This tie-in devotional addresses civil disobedience and religious freedom, and presents biblical examples that will inspire, challenge, and motivate!

Throughout history, Christianity has come under fire for holding to a standard the culture abandons. Today's headlines increasingly reflect the pressure that comes as warning shots across the bow before the full-on attack of persecution begins.

The movie God's Not Dead gave us a front row seat to the one-on-one debate regarding the existence of God between atheist Professor Radisson and Christian university student Josh Wheaton. Now in God's Not Dead 2 the stakes are much higher than a college course as high school history teacher Grace Wesley becomes the pawn in an epic court case that has the potential to cripple free speech rights for Christians. An innocent question regarding Jesus from 16-year-old student Brooke Thawley ignites a firestorm on faith from Grace's accurate answer.

The God's Not Dead 2Devotional book digs deeper into the cultural questions of civil disobedience and religious freedom, coupled with the sovereignty of God and the Biblical heroes who have traveled this road before us. This 40-day journey will inspire, motivate, and challenge you to not only grow closer to God, but also deepen your roots to stand strong in the storms that life will surely bring. And once again, we shall see-God is not dead-He's surely alive!

Robert Noland began his writing career as a songwriter in 1983, then spent the next 10 years as a touring musician and producer, penning lyrics for artists such as Glen Campbell, Babbie Mason, and Gabriel. He wrote his first series of Bible studies in 1988 and in 1991 wrote his first Christian devotional book for a para church ministry. Noland has since authored over 50 titles spanning across children, youth, and adult audiences. In 1996, he wrote a Christian follow-up booklet entitled LifeChange, which to date has sold over one million copies. In 2011, Noland released his first book titled The Knight's Code and in 2012 released 3SG, a Men's Small Group Manual. He blogs regularly at theknightscode.com. Since 2011, Noland has been a freelance writer and author for faith-based organizations, ministries, and Christian publishers. A book co-authored with Randy Frazee, entitled Think, Act, Believe Like Jesus, was released in December 2014. Regardless of the target audience or mode of delivery via paper or digital, Robert writes what he calls practical application of Biblical truth. He lives in Franklin, TN with his wife of 30 years and has two adult sons.

Who I Am in Christ: A Devotional
Neil T Anderson
Paperback