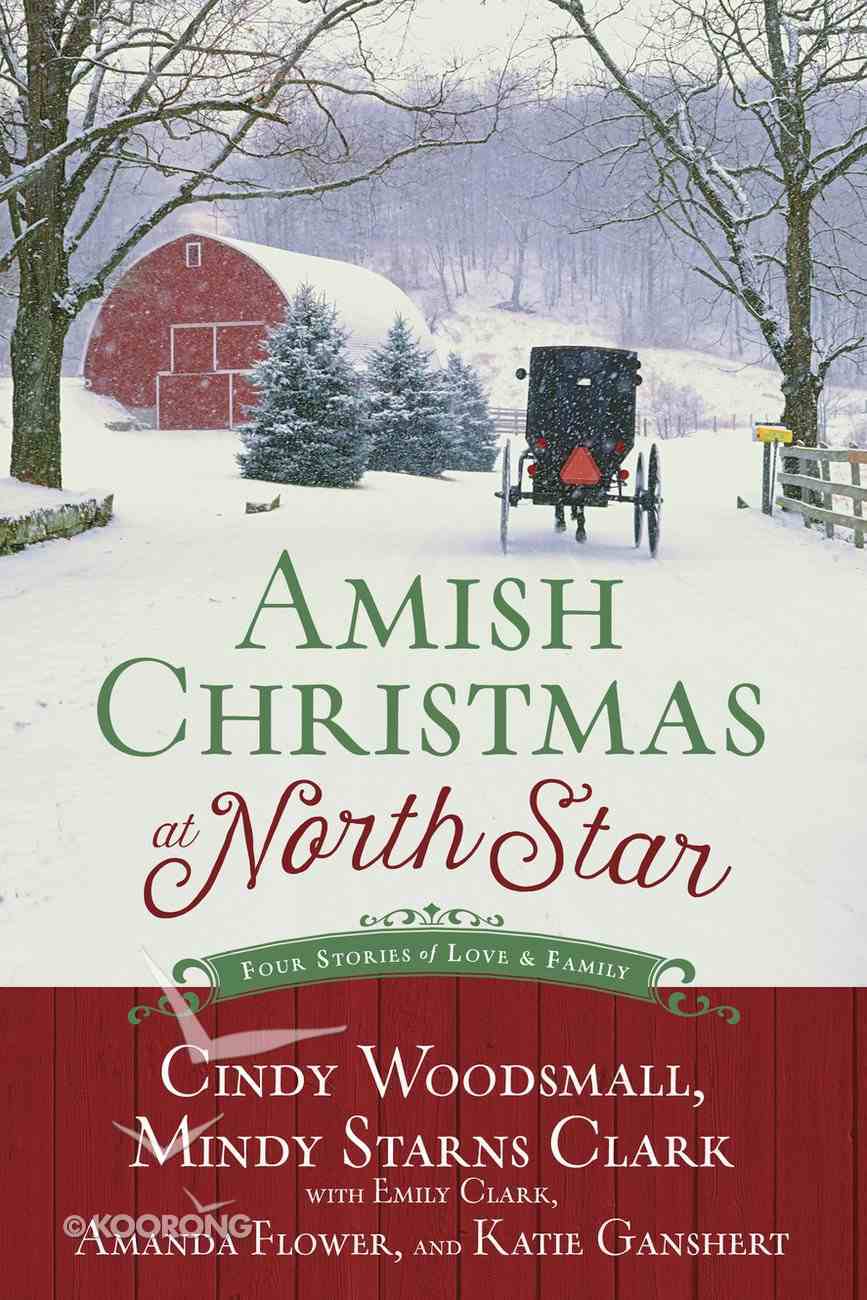 4in1: Amish Christmas At North Star

In this stirring Amish Christmas novella collection, beloved and best-selling Christian fiction authors join efforts to offer four heartwarming tales of love, faith, and the miracles that surround Christmas. On a wintry late November night in 1989, an Amish...

The One Year Book of Amish Peace
Tricia Goyer
Paperback

On a wintry late November night in 1989, an Amish midwife delivers four babies to four mothers at an Amish birthing clinic. Almost twenty-five years later the three girls and one boy born that night are grown, and "Rebekah's babies", as they have been called, are scattered and facing an unusual Christmas that may just reunite these four strangers.

Mourning Star: Eden Hochstetler is living in Sugarcreek, Ohio, working in a candy and fudge shop, dreaming of adventure and romance. When one of the shop's regular patrons mysteriously dies, Eden decides to investigate.

In the Stars/>: Savilla Byler lives in North Star, Pennsylvania, helping midwife Rebekah Schlabach with her administrative needs. When three children hide in a building on the property Savvy rents, she's forced to enlist the help of her former beau to protect them.

Guiding Star: Chase Wellington is a journalist who hopes to do a human interest story on "Rebekah's babies". He discovers that one of the four can't be found. His investigation leads him to Peaks, Iowa--and to Noelle McAllister, adopted by loving parents after being abandoned as an infant.

Star of Grace: Andy Danner and his wife have relocated from North Star to a relatively new Amish settlement in Bayou Eelve, Louisiana. The eldest of 5 boys, Andy is sorely missed by his family and his youngest brother Sam takes on the task of bringing Andy home as a Christmas surprise.

:One night four lives entered the world by the hands of an Amish midwife, just outside North Star, Pennsylvania.

Rebekah's babies, as they are called, are now grown adults and in four heartwarming novellas each young person experiences a journey of discovery, love, and the wonder of Christmas.

Guiding Star by Katie Ganshert
Curiosity gets the best of Englisher Chase Wellington when he investigates the twenty-five-year-old disappearance of an Amish baby. When he finds adventurous Elle McAllister in Iowa will his discoveries upend her world?

Mourning Star by Amanda Flower
Eden Hochstetler slips from her parents' fudge shop to investigate the death of her friend Isaac Yoder. Who is guilty? Isaac's handsome great nephew Jacob, an angry Englisher, or someone else?

In the Stars by Cindy Woodsmall
Kore Detweiler has nursed his broken heart, avoiding North Star after Savilla Beiler suddenly rejected his love. But when he is called to return home, he and Savilla must join forces to keep a family together.

Star of Grace by Mindy Starns Clark and Emily Clark
Andy Danner left North Star to work in construction in a new Amish settlement in Louisiana. His little brother devises a scheme to bring Andy home for Christmas, and unwittingly unleashes the power of forgiveness in an old widower's life.
-Publisher