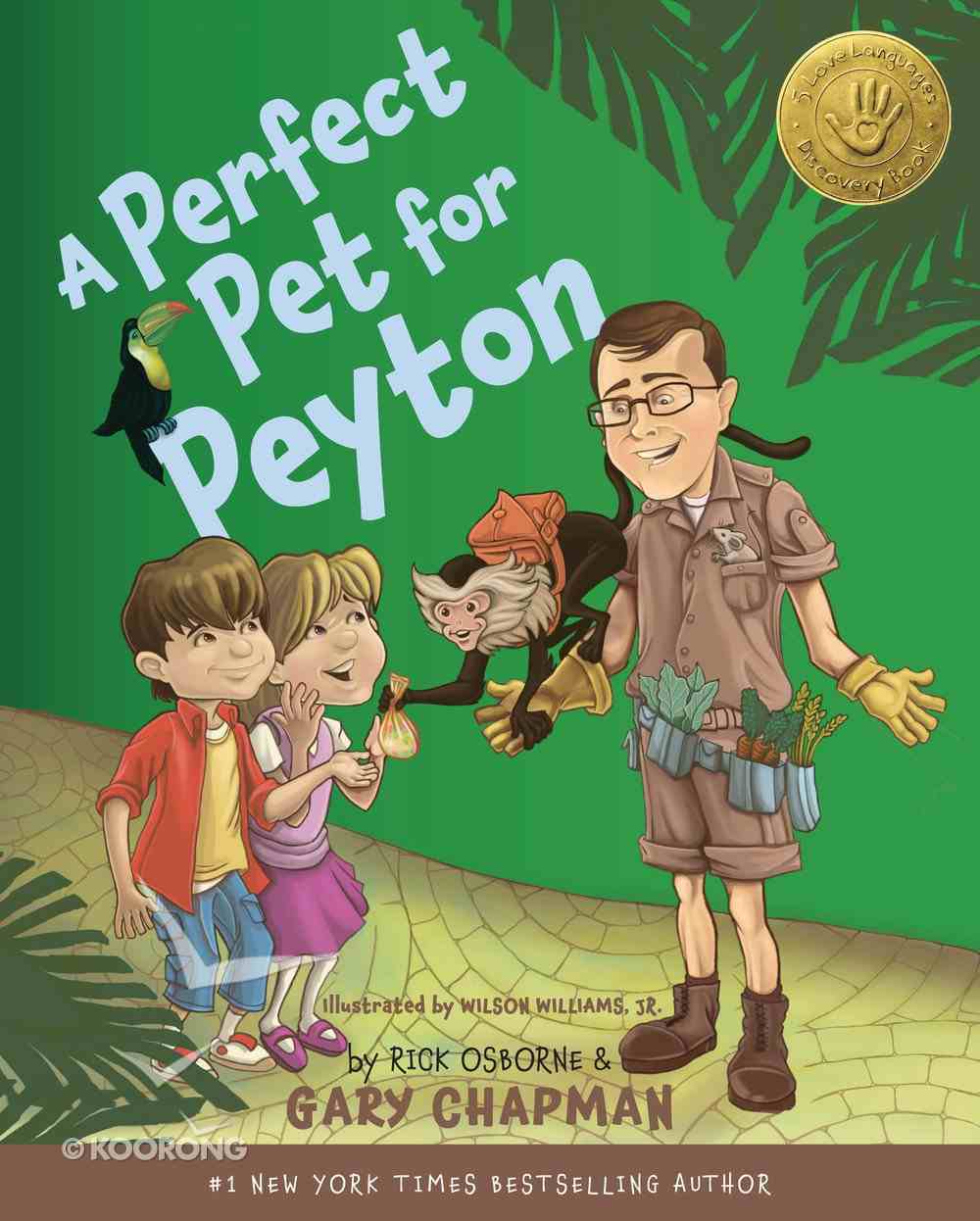 5 Love Languages For Children: A Perfect Pet For Peyton

Gary Chapman and Rick Osborne help children learn about the importance of love in this wonderfully imaginative and classically illustrated children's hardcover book featuring four-color illustrations (with hidden details!) by Wilson Williams, Jr., and based on Gary's bestselling The...

Along Came You
Karona Drummond
eBook

I Love You More Than Rainbows
Susan E Crites
eBook

Gary Chapman and Rick Osborne help children learn about the importance of love in this wonderfully imaginative and classically illustrated children's hardcover book featuring four-color illustrations (with hidden details!) by Wilson Williams, Jr., and based on Gary's bestselling The 5 Love Languages. Each child in this entertaining and playful story learns that they have a primary love language that when "spoken" by others, makes them feel loved. As the five children in the story interact with Mr. Chapman and the unique animals at his special zoo/museum/theme park/birthday party palace, they come to understand their own love language! Readers, especially children ages 5-8, are sure to recognize their own love language as the story develops, and at the end of the book is a fun quiz that will help parents and children identify their own love language.


The cast of child characters in this whimsical story include:

Penny, Peyton's twin sister, who receives love best when others spend quality time with her. Mr. Chapman introduces Penny to Horace, a Ragdoll Cat who just wants to be with Penny. Jayla, one of Penny's close friends, is always saying nice things about people. Her love language is words of affirmation. Jayla's perfect pet pal is Pamela, an African Grey Parrot, who repeats the nice things Jayla says about others. Kevin, one of Peyton's close friends, enjoys giving things to people. So does his special pet Chipo, a Capuchin Monkey! Sofia loves to pet the animals, and to show her love for others with special hugs. Physical touch is Sofia's love language. Snuggles

Growing up, Rick Osborne really liked Superman. Superman did what was right, he did cool things that other people couldn't do, and he never quit. The Bible is full of great Superman-type stories where God helps good guys battle evil guys with his awesome supernatural help. By telling these stories, Rick loves to help boys see the real-life superhero that God wants each of them to be. Rick lives with his family up north in Canada, closer to where Superman built his fortress.

The One O'clock Miracle: A True Story About Trusting the Words of Jesus (Tales That Tell The Truth Series)
Alison Mitchell, Catalina Echeverri (Illus)
Hardback