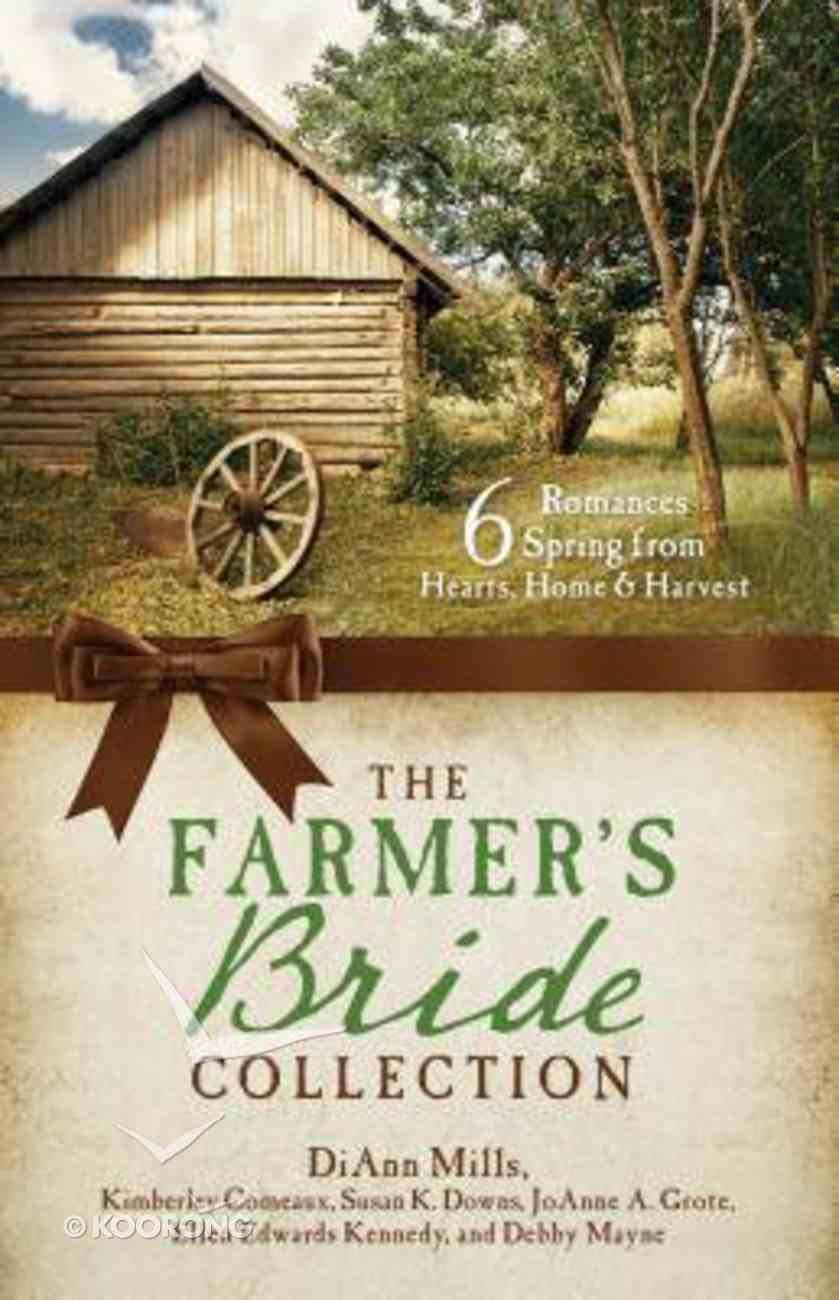 6in1: The Farmer's Bride Collection

: In six historic novellas, romance eludes farmers bent to the plow to plant, tend, and harvest the crop on their homesteads. Can love also grow in the hearts of these hardworking Americans who were the foundation of a rapidly...

: In six historic novellas, romance eludes farmers bent to the plow to plant, tend, and harvest the crop on their homesteads. Can love also grow in the hearts of these hardworking Americans who were the foundation of a rapidly expanding country?

Susan May Waren is an award-winning, best-selling novelist of over twenty-four novels, many of which have wonthe Inspirational Readers Choice Award, the ACFW Book of the Year award, the Rita Award, and have been Christy finalists.After serving as a missionary for eight years in Russia, she returned home to a small town on Minnesota 's beautifulLake Superior shore where she, her four children, and her husband are active in their local church.You can find her online at: www.susanmaywarren.com

Author and speaker Debby Mayne is passionate about the written word. She has published 11 books, more than 400 short stories and articles, and 5 novellas that have been printed in 6 anthologies. She has also worked as managing editor of a national magazine, writer for a TV retailer and copy editor and proofreader for several book publishers. Debby enjoys writing Christian fiction; she writes both mystery and romance, including Aloha Reunion and Double Blessing, which was voted a favorite contemporary story in 2007 by the Heartsong Presents Bookclub. She lives on Floridas west coast with her hu

KIMBERLY COMEAUX writes from Cajun country in Louisiana, where she lives with her husband, Brian, teenage son Tyler, and their two dogs. Despite serving as her church's choir director, web designer, and women's ministries leader, writing inspirational romances remains her first love. A

ELLEN EDWARDS KENNEDY grew up in the Adirondack region of New York State and now lives with her husband in North Carolina. She was an award winning advertising copywriter before retiring to become a full-time, cookie-baking mommy. Now that her two daughters are full-grown blessings to society, she writes and volunteers at the Triangle Reading Service, reading newspapers to the visually impaired.

JoAnn A. Grote is an accountant from Minnesota.

The Lady's Mine
Francine Rivers
eBook