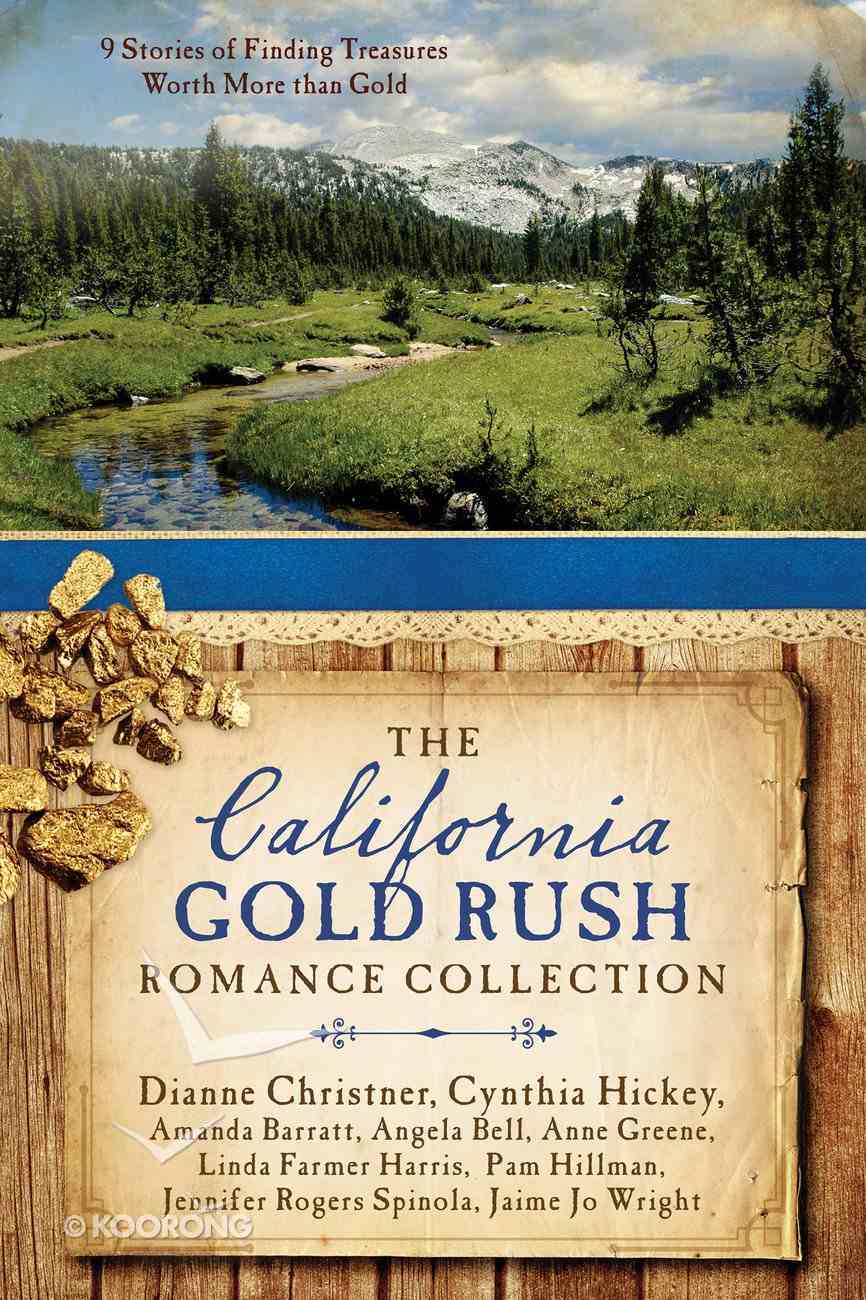 : Nine couples meet in the hills of California where gold fever rules hearts and minds from the lonely miner to the distinguished banker, from the lowly immigrant to the well-intentioned preacher. But can faith and romance lead these couples...

:
Nine couples meet in the hills of California where gold fever rules hearts and minds from the lonely miner to the distinguished banker, from the lowly immigrant to the well-intentioned preacher. But can faith and romance lead these couples to treasures more valuable than gold?

Jennifer Rogers Spinola, a Virginia/South Carolina native and graduate of Gardner-Webb University in North Carolina, just moved to the Black Hills of South Dakota with her Brazilian husband, Athos, son Ethan, and second miracle boy on the way. Jennifer lived in Brazil for nearly eight years after meeting her husband in Sapporo, Japan, where she worked as a missionary. During college, she served as a National Park Service volunteer at Yellowstone and Grand Teton National Parks. In between waddling to ultrasounds and homeschooling high-energy Ethan, Jennifer loves adoption, gardening (her first A

Professional coffee drinker, Jaime Jo Wright, resides in the hills of Wisconsin. She loves to write spirited turn-of-the-century romance, stained with suspense. Her day job finds her as a Director of Sales & Development. She's wife to a rock climbing, bow-hunting youth pastor, mom to a coffee-drinking little girl, and a little boy she fondly refers to as her mischievous "Peter Pan". Jaime completes her persona by being an admitted social media junkie and coffee snob. She is a member of ACFW and has the best writing sisters EVER!&nbsp;

Dianne Christner of Scottsdale, Nancy J. Farrier recently of Winkelman Darlene Mindrup of Goodyear, and Pamela Kaye Tracy of Scottsdale are all Arizona residents familiar with the Fred Harvey history and the locations of his restaurants. Each author is multi-published in fiction and nonfiction.

Cynthia Hickey grew up in a family of story tellers and moved around the country a lot as an army brat. Her desire is to write real, but flawed characters in a wholesome way that her seven children and five grandchildren can all be proud of. She and her husband live in Arizona where Cynthia works as a monitor in an elementary school.

Novelist Angela Bell is a 21st century lady with 19th century sensibilities. Her activities consist of reading voraciously, drinking copious amounts of tea, and writing letters with a fountain pen. She currently resides in the southern most region of Texas with pup Mr. Darcy and kitty Lizzie Bennett. One might describe Angela's fictional scribblings as historical romance or as Victorian history and steampunk whimsy in a romantic blend. Whenever you need a respite from the 21st century hustle, please visit her cyber-space parlor www.AuthorAngelaBell.com where she can be found waiting with a pot of English tea and some Victorian cordiality.