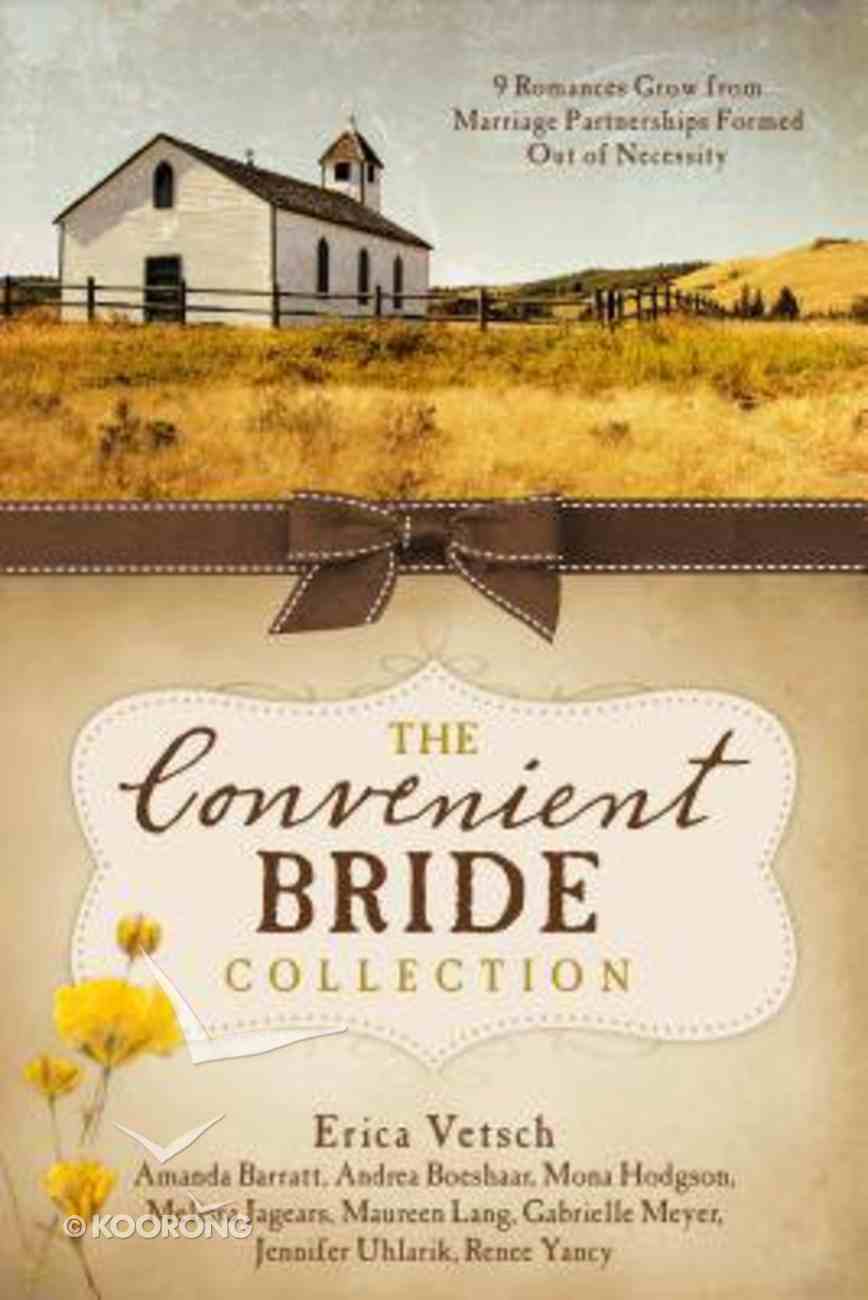 9in1: The Convenient Bride Collection

: God can take the best-laid plans and turn them into something even better, as nine couples who marry for convenience soon learn. In fascinating settings from America's history, the convenient brides take their nuptials out of necessity...never dreaming that...

:
God can take the best-laid plans and turn them into something even better, as nine couples who marry for convenience soon learn. In fascinating settings from America's history, the convenient brides take their nuptials out of necessity...never dreaming that God might turn them into true love stories for His glory.

Andrea Kuhn Boeshaar has been writing stories and poems since she was a little girl and has published articles and devotionals as well as 31 novels and novellas. In addition to her writing, Andrea is a certified Christian life coach and speaks at writers' conferences and for women's groups. She has taught workshops at such conferences as: Write-To-Publish; American Christian Fiction Writers (ACFW); Oregon Christian Writers Conference; Mount Hermon Writers Conference and many local writers conferences. Another of Andrea's accomplishments is co-founder of the American Christian Fiction Writers (

Melissa Jagears, an ESL teacher by trade, is a stay-at-home mother on a tiny Kansas farm with a fixer-upper house. She's a member of ACFW and CROWN fiction marketing, and her passion is to help Christian believers mature in their faith and judge rightly. Find her online at www.melissajagears.com.

Mona Hodgson is the author of more than twenty-two children's books. In addition to writing and speaking, Mona likes to read mysteries and love stories, hike Arizona, travel to Africa, play table games, climb rock walls, and practice hula-hooping. She lives in central Arizona where she's learning to be a real girl of the Bible.