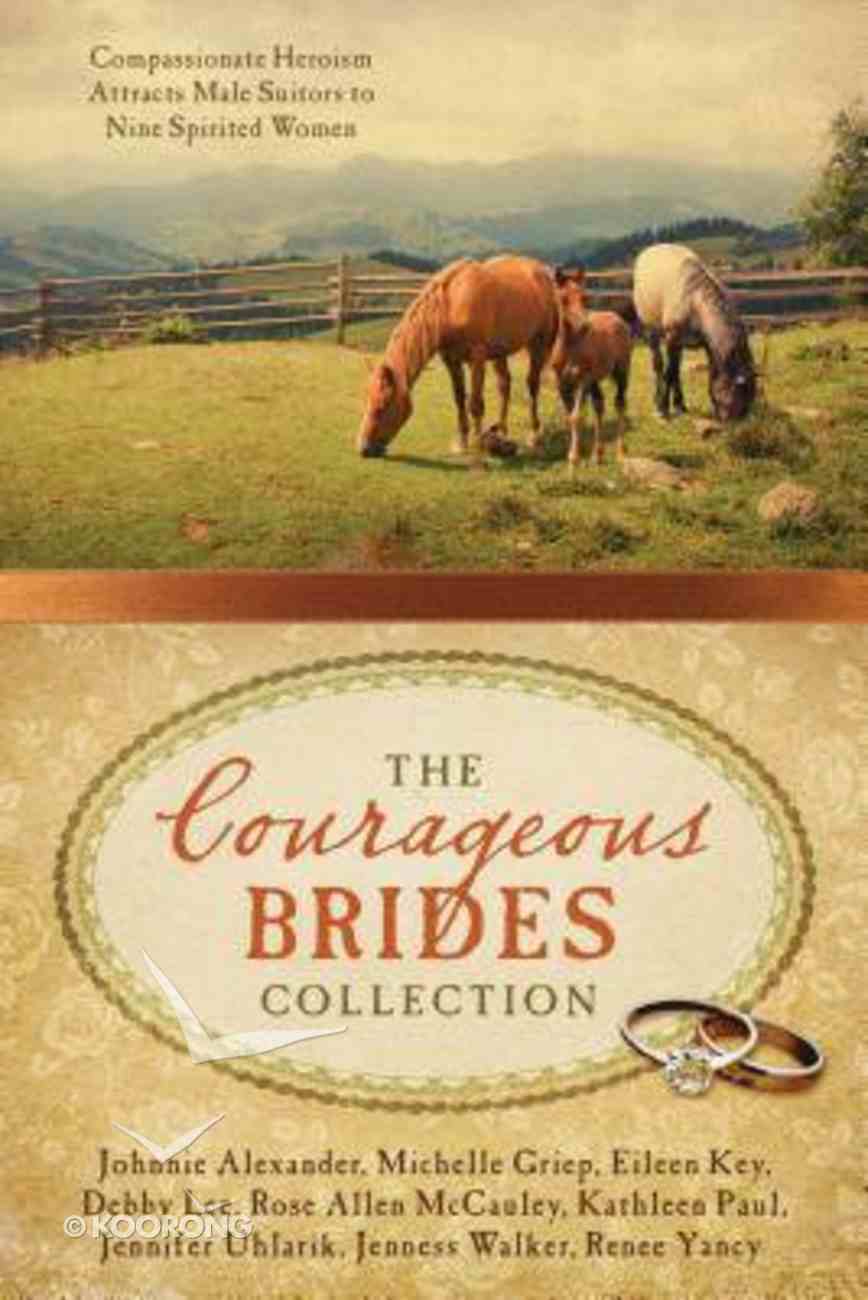 9in1: The Courageous Brides Collection

Jenness Walker lives in South Carolina with her website-designer husband, their toddler, and their hungry hound. Her life-long love of books is evidenced by her day jobs, which have included freelance editing, managing an independent Christian bookstore, and even cleaning a library. Jenness&#39; short stories have appeared in Grit and Woman's World magazines as well as in Guidepost's A Cup of Christmas Cheer collections. She is a former ACFW Genesis contest winner, Carol Award finalist, and her debut novel, Double Take, received 4.5 stars and a Top Pick rating from RT Reviews.&nbsp; &nbsp;

Johnnie Alexander is the award-winning author of "Where Treasure Hides" and "Where She Belongs". Johnnie is an accomplished essayist and poet whose work has appeared in the "Guideposts" anthology "A Cup of Christmas Cheer". In addition to writing, she enjoys reading, spending time with her grandchildren, and taking road trips. She lives near Memphis, Tennessee.

Renee Yancy is a history and archaeology buff who works as an RN when she isn't writing historical novels. She has visited Ireland, Scotland, and England to stand in the places her ancient historical characters lived. She lives in Kentucky with her husband, two dogs, and her ninety five year old mother-in-law.&nbsp;&nbsp; Check out her blog at www.reneeyancy.blogspot.com or visit her website: www.reneeyancy.com.

Michelle Griep's been writing since she first discovered blank wall space and Crayolas. She seeks to glorify God in all that she writes--except for that graffiti phase she went through as a teenager. She resides in the frozen tundra of Minnesota, where she teaches history and writing classes for a local high school co-op. An Anglophile at heart, she runs away to England every chance she gets, under the guise of research. Really, though, she's eating excessive amounts of scones while rambling around a castle. Michelle is a member of ACFW (American Christian Fiction Writers) and MCWG (Minnesota A

Debby Lee was raised in the cozy little town of Toledo, Washington. She has been writing since she was a small child, and has written several novels, but never forgets home. The Northwest Christian Writers Association and Romance Writers of America are two organizations that Debby enjoys being a part of. As a self professed nature lover, and an avid listener of 1960&#39;s folk music, Debby can&#39;t help but feel like a hippie child who wasn&#39;t born soon enough to attend Woodstock. She wishes she could run barefoot all year long, but often does anyway in the&nbsp;grass and on the beaches in her hamlet that is the cold and rainy southwest&nbsp;Washington. During football season, Debby cheers on the Seattle Seahawks along with legions of other devoted fans. She&#39;s also filled with wanderlust and dreams of visiting Denmark, Italy, and Morocco someday.&nbsp; Debby loves connecting with her readers through her website at www.booksbydebbylee.com &nbsp;