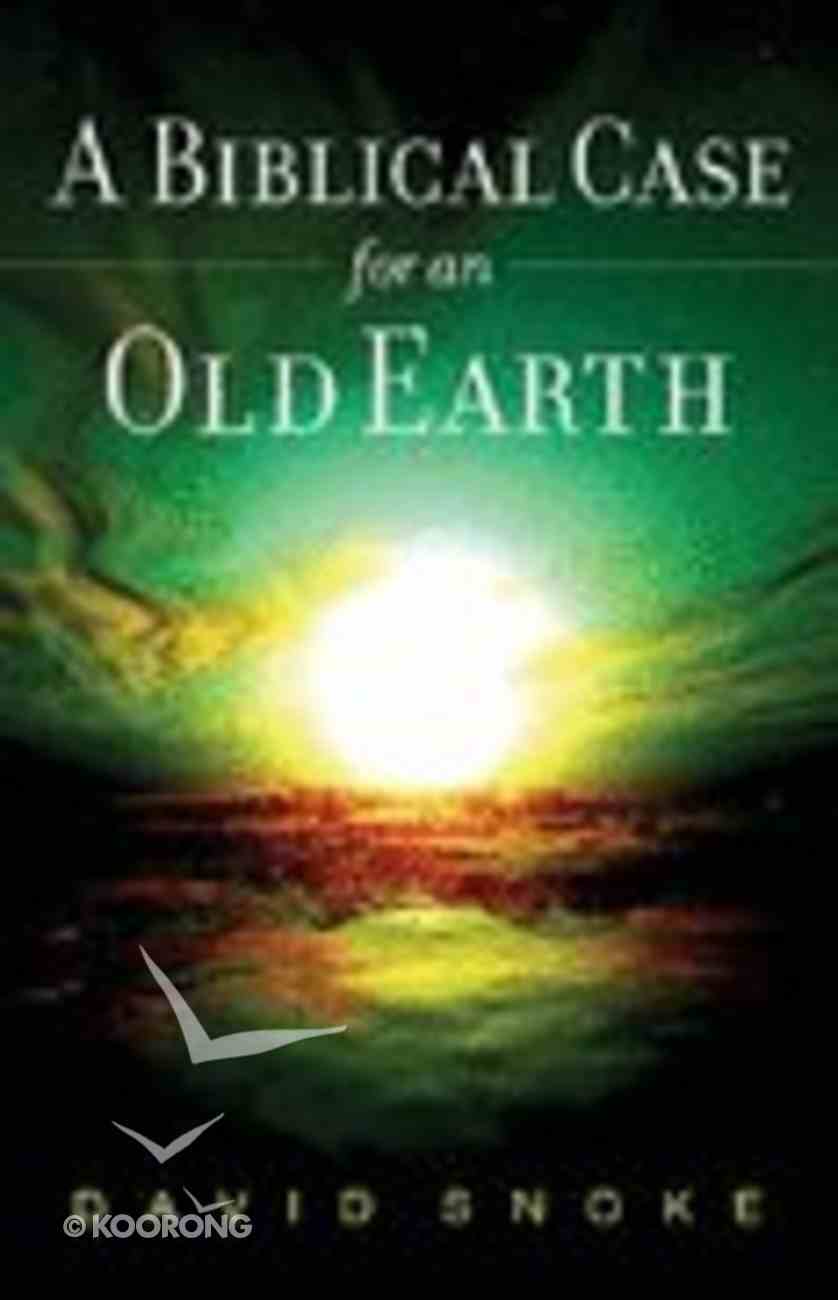 A Biblical Case For An Old Earth

Young-earth creationism? Naturalistic evolution? Isn't there another choice? Yes, there is. Respected physicist and professor Dr. David Snoke argues that the Bible does tell us about the scientific history of our world, but it does not teach that the...

A Biblical Case For An Old Earth
David Snoke
eBook

Young-earth creationism? Naturalistic evolution? Isn't there another choice? Yes, there is.

Respected physicist and professor Dr. David Snoke argues that the Bible does tell us about the scientific history of our world, but it does not teach that the world was created recently. He offers a compelling biblical case that the young-earth position is theologically flawed.

Drawing out the deeper themes of Scripture often lost in modern discussion, Snoke shows how the biblical texts as well as modern scientific discoveries are better explained by a day-age model. He argues that the earth is millions of years old-and created miraculously by God.

Anyone interested in how science and faith relate and what the Bible says about the age of the earth will appreciate this readable, biblically grounded explanation of old-earth creationism. 224 pages, from Baker Books.

The present creation-evolution debate is often cast as a choice between two positions: naturalistic evolution over millions of years or miraculous creation six thousand years ago. When simplified, this choice is often presented as one between science and the Bible, a choice that leaves much ground between the two views yet to be discussed. A Biblical Case for an Old Earth seeks to address the gap between theistic evolutionism and young-earth creationism by finally paying due attention to the biblical aspect of the debate. Both a scientist and a preacher, David Snoke presents a theological study of several themes in the evolution discussion, including the balance theme of Scripture and the day-age interpretation. Complete with an appendix that gives a literal translation of Genesis 1-11, this intriguing study will interest both scientists and lay Christians who want to dig into the faith-science intersection.
-Publisher

"As both a respected scientist and elder of the Presbyterian Church of America, David Snoke brings great breadth and erudition to the question of whether an old earth is an orthodox interpretation of the teachings of the Bible. No matter what one's initial position, A Biblical Case for an Old Earth will certainly provoke Christians to think more deeply about this often divisive topic."--Michael J. Behe, author, Darwin's Black Box"A marvelous book! Dr. Snoke gives us a powerful biblical warrant for an old earth, the best I've ever seen. You need to read this book, whether you're already convinced or not."--Robert C Newman, professor, Biblical Theological Seminary; director, Interdisciplinary Biblical Research Institute"Saddening as it must be to have fellow believers charge one with heterodoxy, David Snoke has lovingly and, I would argue, unanswerably followed the best biblical and scientific information to a God-honoring end. His thoughtful use of Scripture, of writings of other believers, and of logic, leads to a powerful defense of the Old Earth understanding of creation. May this volume help to save young Christian thinkers from unnecessary doubt as they study God's creation and God's Word. His discussion-inviting questions at the end of each chapter make this a very good adult education study guide. Well done!"--Terry Morrison, director emeritus, faculty ministry, InterVarsity Christian Fellowship"I am grateful to Dr. Snoke for writing this book, which is clear and engaging throughout. I especially appreciate his confidence that the Bible is true and that science can be a tool to help us interpret it properly. His review of the scientific evidence for an old universe and old earth is very helpful, and he has numerous thought-provoking theological comments all the way through. Thank you, Dr. Snoke!"--C. John Collins, professor, Covenant Theological Seminary"In A Biblical Case for an Old Earth, distinguished physicist David Snoke has taken on a topic that is both timeless and timely: reconciling our knowledge from Scripture and natural science. There are many ways to go wrong in this endeavor. Snoke, however, avoids the subtlest mistakes while facing the strongest challenges. The controversies surrounding the subject matter encourage equivocation. But Snoke argues with refreshing candor and aplomb. He demonstrates his commitment to the integrity of both of God's books: the book of Scripture and the book of nature. Every Christian who has struggled with the question of how to understand the Bible and modern science should read this book."--Jay W. Richards, director, Acton Media
-Publisher

David Snoke is associate professor of physics and astronomy at the University of Pittsburgh, a licensed preacher, and an ordained elder in the Pittsburgh presbytery of the Presbyterian Church of America. He has published over seventy articles in scientific journals and two scientific books. He also has published five philosophical articles in the Perspectives on Science and Christian Faith, a journal of the American Scientific Affiliation. A