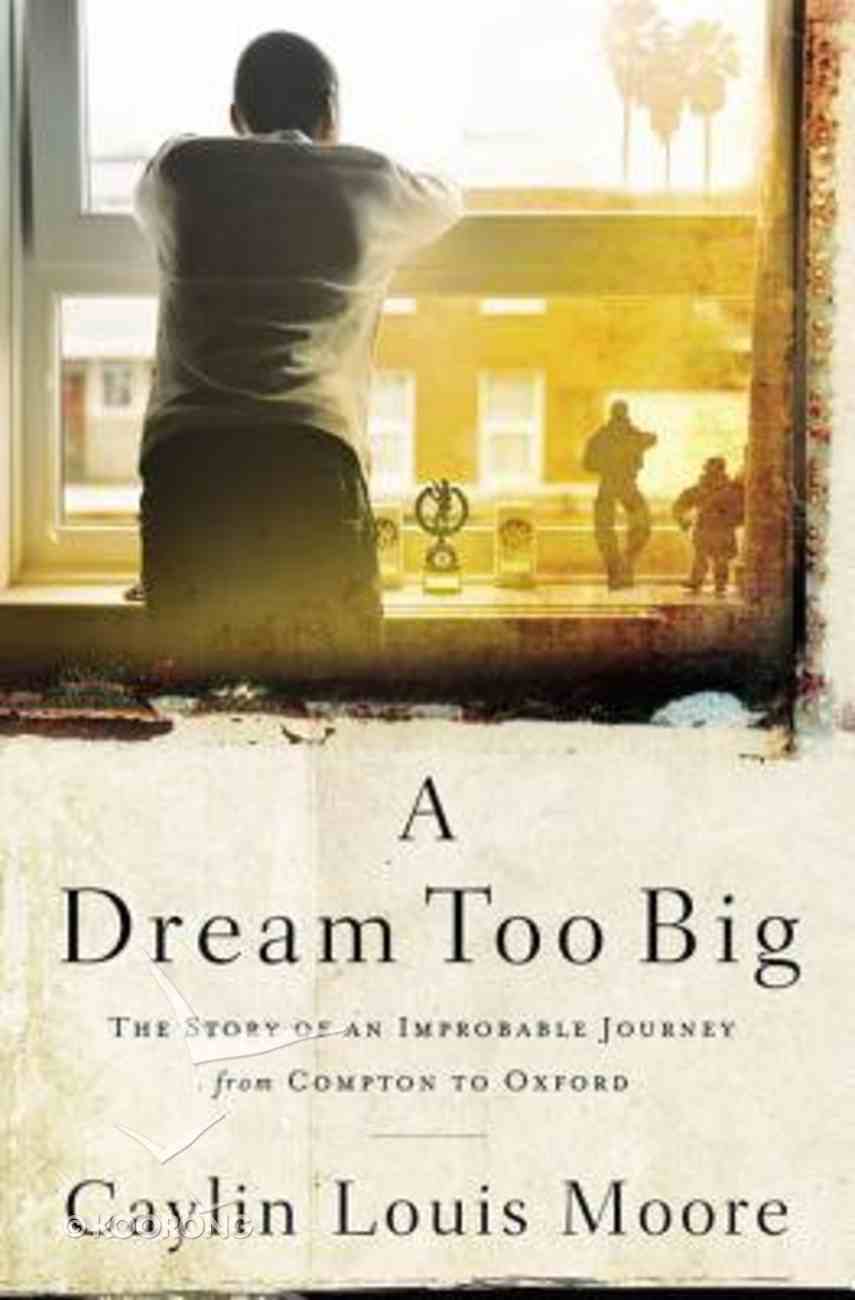 A Dream Too Big: The Story of An Improbable Journey From Compton to Oxford

: The astounding, against-all-odds story of a young man's rise from abject poverty in gang-ridden Los Angeles to the pinnacle of academic achievement as a Rhodes Scholar at the University of Oxford. By all rights, Caylin Louis Moore should...

A Dream Too Big: The Story of An Improbable Journey From Compton to Oxford
Caylin Louis Moore
Paperback

:
The astounding, against-all-odds story of a young man's rise from abject poverty in gang-ridden Los Angeles to the pinnacle of academic achievement as a Rhodes Scholar at the University of Oxford.


By all rights, Caylin Louis Moore should be dead, in prison, or stalking the streets of Compton with his fellow gang-members. Instead, he's a Rhodes Scholar, author, speaker, and role model for every kid who is deprived of hope in downtrodden communities. A Dream Too Big tells the story of Moore's exodus from one of the most impoverished, gang-infested communities in the United States to the golden, dreaming spires of Oxford, England.


After Moore's mother gathered her three young children and fled an abusive husband, leaving behind a comfortable middle-class life, Moore found himself in a dangerous urban jungle. When Moore's father was convicted of murder and his mother was sexually assaulted in the hospital while recovering from open-heart surgery, Moore was forced to become the man of the house at nine years old. Embracing his mother's steely faith in God and the church, Moore skirted the gangs and the endemic violence of Compton to excel on the football field and in the classroom. Academics and athletics led to college scholarships, which led to a Fulbright and eventually the Rhodes. Along the way, Moore cofounded a student organization that brought college athletes into underprivileged classrooms as inspirational speakers, role models, and mentors. Moore's eye-opening, inspirational story proves that, contrary to what others told him on his journey, there is no such thing as A Dream Too Big.

Caylin Louis Moore grew up in Compton, California. A graduate of Texas Christian University, he went on to become a 2017 Rhodes Scholar. His graduate studies were performed at the University of Oxford, Jesus College. Moore and his wife, Paola, have one daughter, Mia.