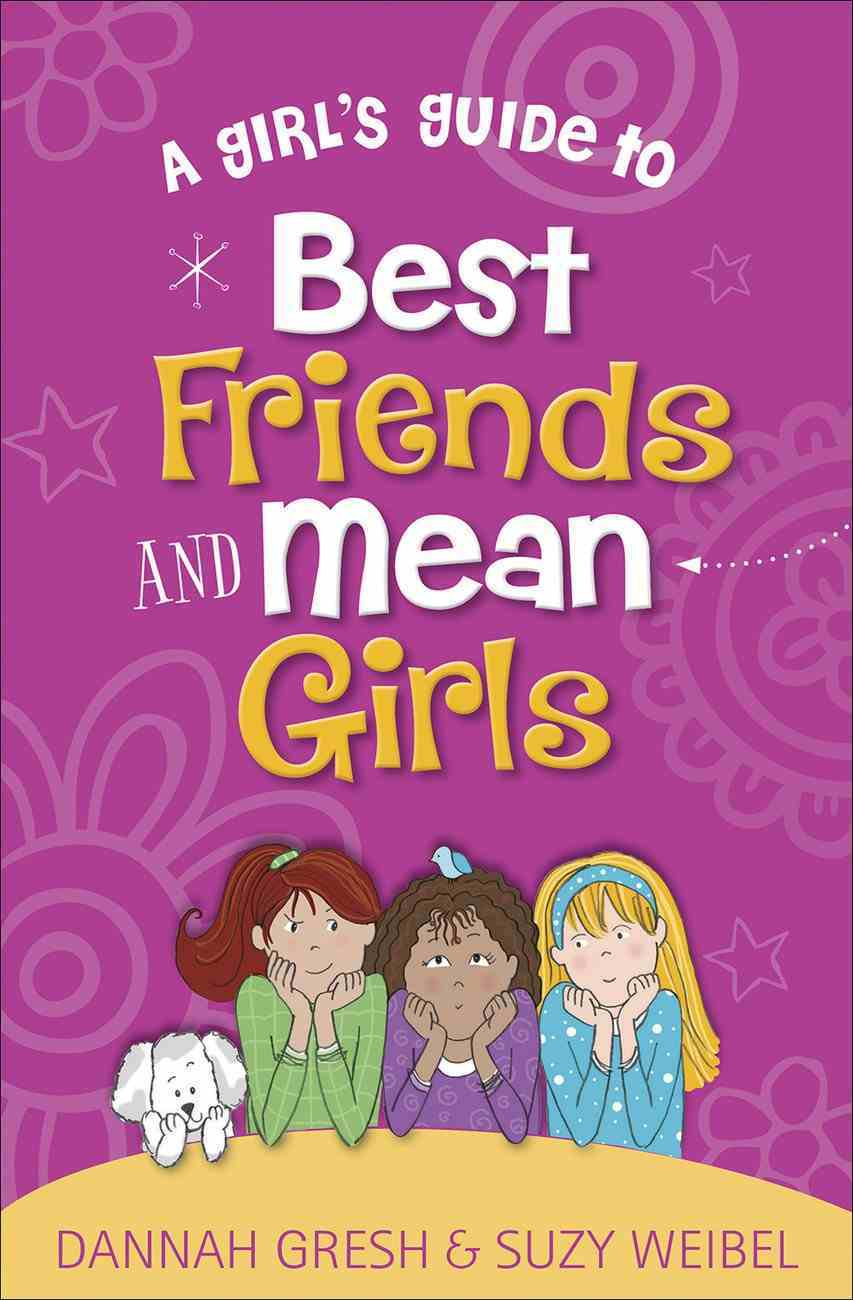 A Girl's Guide to Best Friends and Mean Girls

Friends can make or break the life of a tween girl (ages 8-12). That's why bestselling author Dannah Gresh, popular speaker and creator of the True Girl live events, and youth educator Suzy Weibel have developed this resource that targets the hearts of tweens as they pursue friendships and grow toward young adulthood.

Equal parts self-help manual and interactive Bible study, A Girl's Guide to Best Friends and Mean Girls will teach your daughter what true friendship is and how to make wise choices, overcome hurts and jealousy, ask for and extend forgiveness, and strengthen her relationship with Jesus.

This honest and biblically sound guide will encourage your daughter to form friendships that help her flourish emotionally, developmentally, and spiritually.

Suzy Weibel has spent sixteen years in ministry with her husband, Jonathan, mentoring middle school- through college-aged girls, as well as mentoring and training youth and small group leaders. One of those girls was Stephanie Smith. July 2007 will mark the release date for Suzy's first book, My Struggle to Like Me: A Teenager's Secret Diary Unlocked (Moody Publishers).

A Guide to Being You! (Girl Wise Series)
Sharon Witt
Paperback