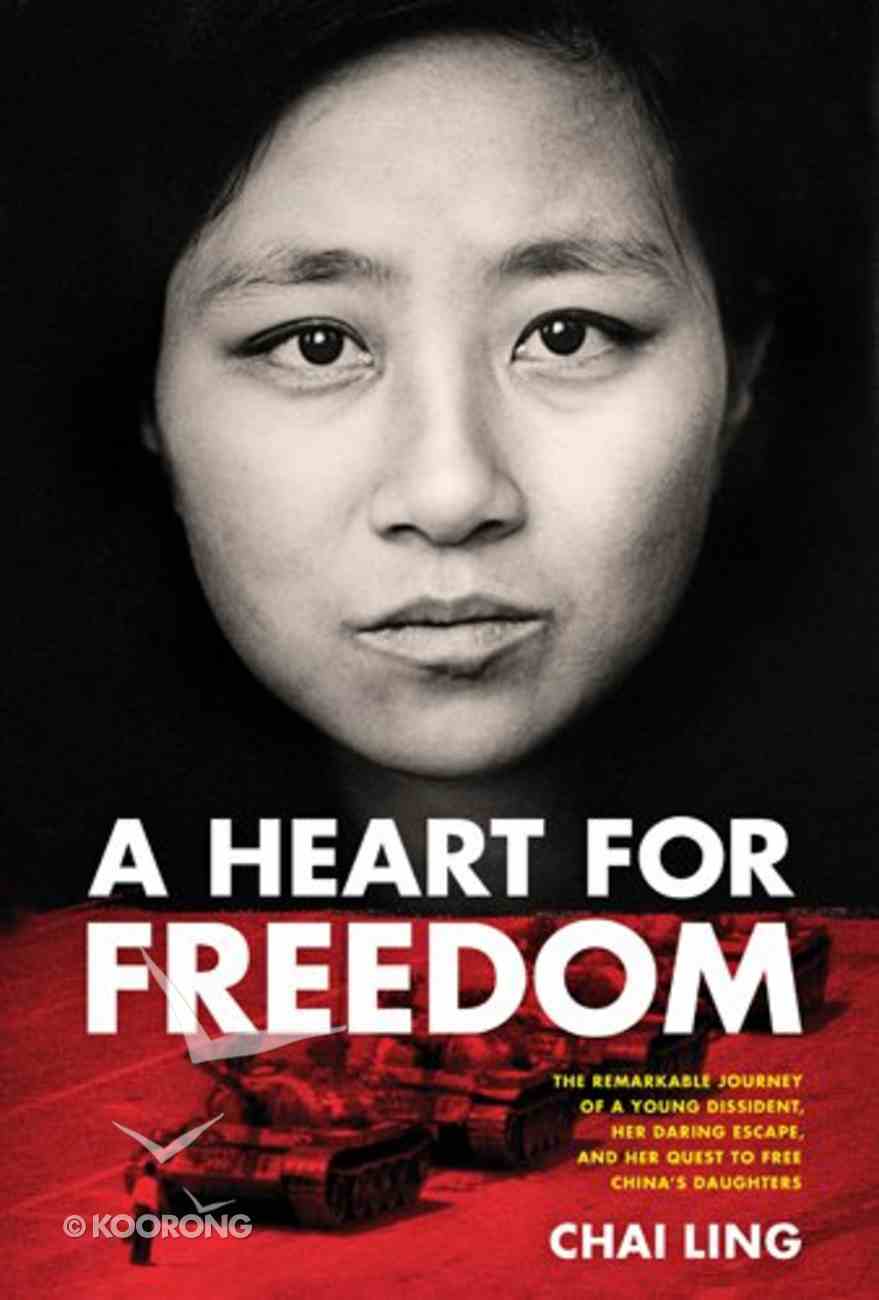 A Heart For Freedom

The dramatic and fascinating story of Chai Ling, commander-in-chief of the student protesters at Tiananmen Square and witness to the massacre of thousands of Chinese civilians. Risking imprisonment and possible death for her leadership role in the student democracy movement,...

Why I Stayed
Gayle Haggard
eBook

The dramatic and fascinating story of Chai Ling, commander-in-chief of the student protesters at Tiananmen Square and witness to the massacre of thousands of Chinese civilians. Risking imprisonment and possible death for her leadership role in the student democracy movement, she was on the run in China for ten months while being hunted by the authorities. She eventually escaped to the U.S., completed her education at Princeton and Harvard, found true love, and became a highly successful entrepreneur. But her desperate quest for freedom, purpose, and peace???which she had sought in turn through academic achievement, romantic love, political activism, and career success???was never satisfied until she had an unexpected encounter with a formerly forbidden faith. Her newfound passion for God led to her life???s greatest mission: Fighting for the lives and rights of young girls in China.

More than twenty years ago, Chai Ling led the protesters at Tiananmen Square and became China's most-wanted female fugitive. Today, she's finally telling her astonishing story. Though haunted by memories of the horrifying massacre at Tiananmen and her underground escape from China in a cargo box, Ling threw herself into pursuing the American dream. She completed Ivy League degrees, found love, and became a highly successful entrepreneur. Yet her longing for true freedom, purpose, and peace remained unfulfilled. Years after Tiananmen, she was still searching to find meaning in all the violence, fear, and tragedy she'd endured. A Heart for Freedom is her tale of passion, political turmoil, and spiritual awakening ... and the inspirational true story of a woman who has dedicated everything to giving people in China their chance at a future. Find out why Publishers Weekly calls A Heart for Freedom "a tale of human dignity and the imperative to live a life of meaning... . This book will be treasured."
-Publisher