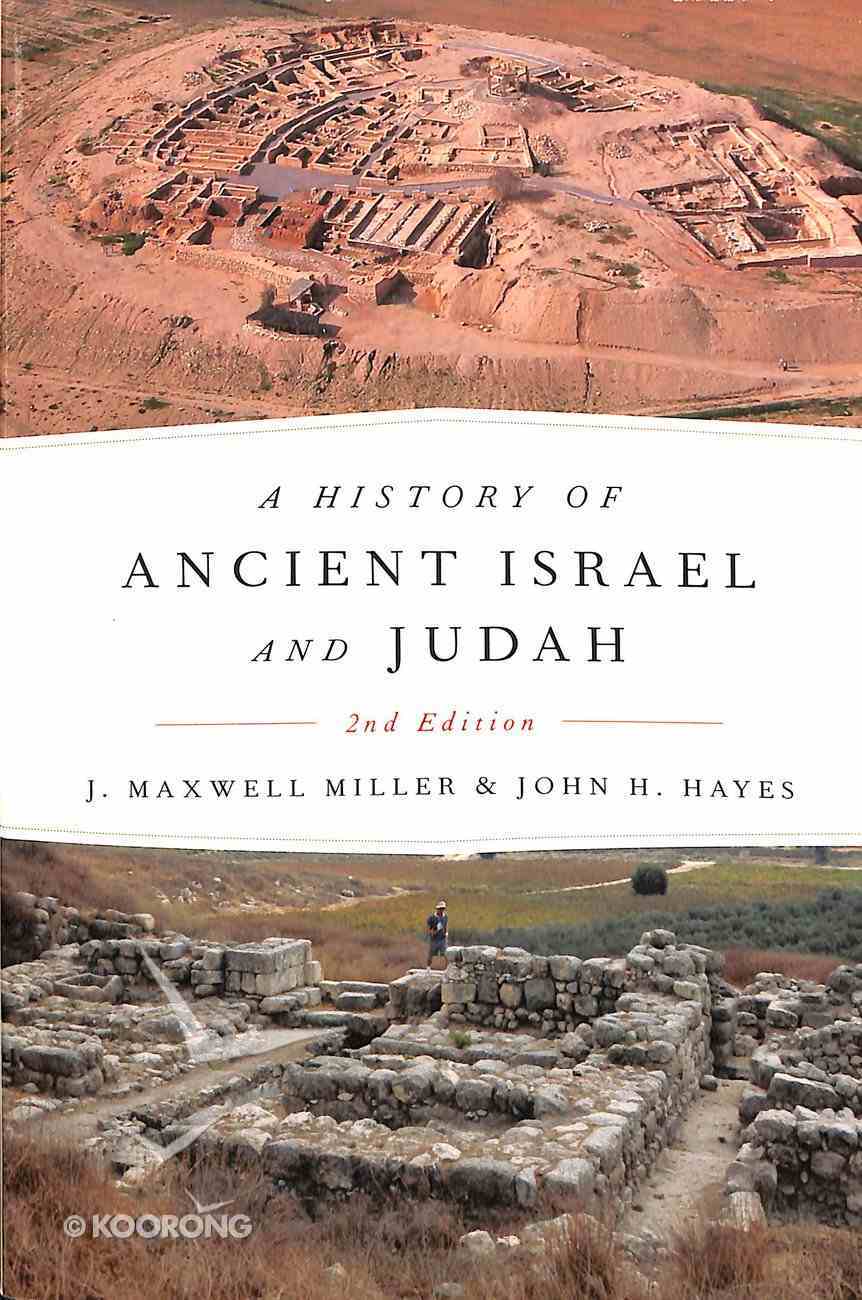 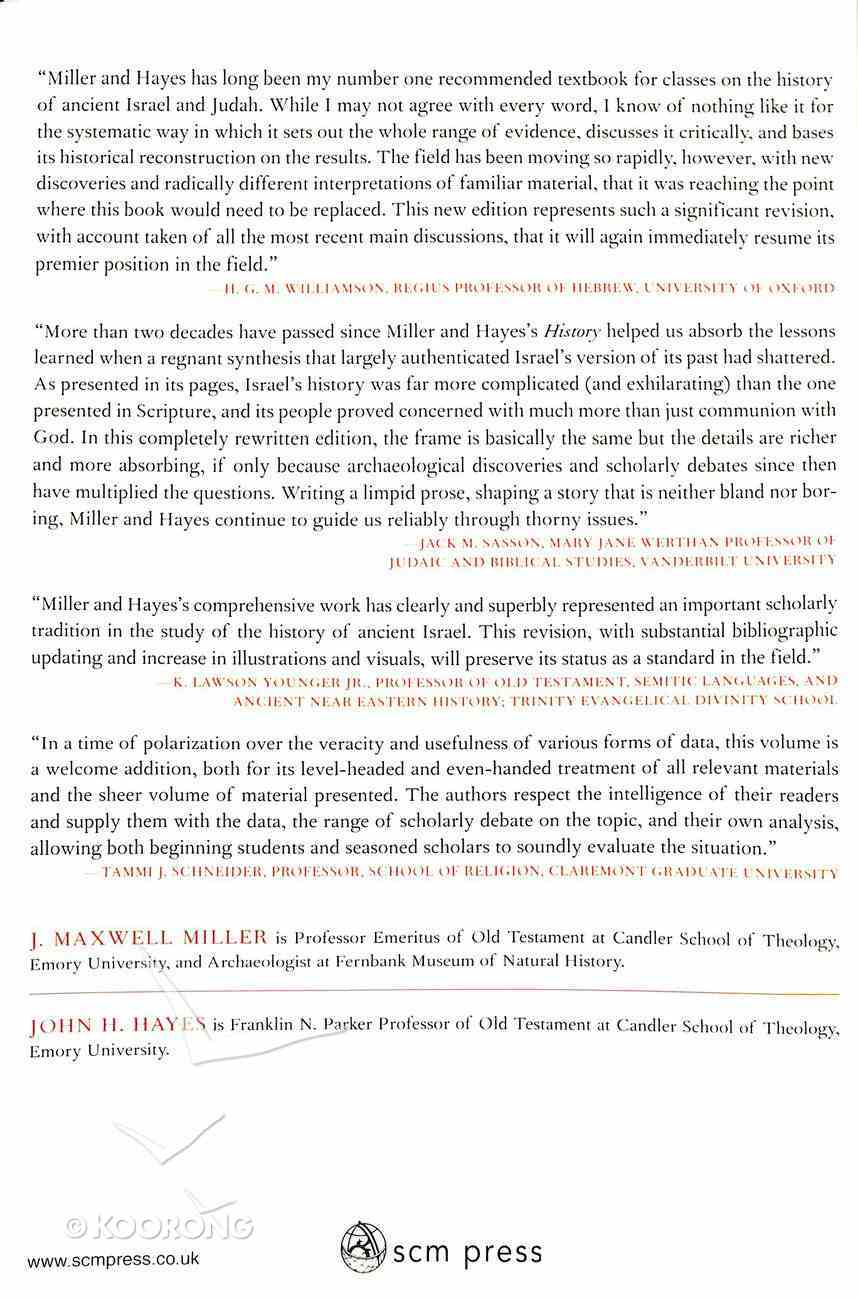 A History of Ancient Israel and Judah (2nd Edition)

'Miller and Hayes has long been my number one recommended textbook for classes on the history of ancient Israel and Judah. While I may not agree with every word, I know of nothing like it for the systematic way in...

'Miller and Hayes has long been my number one recommended textbook for classes on the history of ancient Israel and Judah. While I may not agree with every word, I know of nothing like it for the systematic way in which it sets out the whole range of evidence, discusses it critically, and bases its historical reconstruction on the results. The field has been moving so rapidly, however, with new discoveries and radically different interpretations of familiar material, that it was reaching the point where this book would need to be replaced. This new edition represents such a significant revision, with account taken of all the most recent main discussions, that it will again immediately resume its premier position in the field.' --II. G. M. WILLIANISC)N, REGIUS PROFESSOR OF HEBREW, UNIVERSITY OF OXFORD 'More than two decades have passed since Miller and Hayes's History helped us absorb the lessons learned when a regnant synthesis that largely authenticated Israel's version of its past had shattered.As presented in its pages, Israel's history was far more complicated (and exhilarating) than the one presented in Scripture, and its people proved concerned with much more than just communion with God. In this completely rewritten edition, the frame is basically the same but the details are richer and more absorbing, if only because archaeological discoveries and scholarly debates since then have multiplied the questions. Writing a limpid prose, shaping a story that is neither bland nor boring, Miller and Hayes continue to guide us reliably through thorny issues." -JACK M. SASSON, MARY JANE WERTI-JAN PROFESSOR OF JUDAIC AND BIBLICAL STUDIES, VANDERBILT UNIVERSITY 'Miller and Hayes's comprehensive work has clearly and superbly represented an important scholarly tradition in the study of the history of ancient Israel. This revision, with substantial bibliographic updating and increase in illustrations and visuals, will preserve its status as a standard in the field.' -K. LAWSON YOUNGER JR.,PROFESSOR OF OLD TESTAMENT, SEMITIC LANGUAGES; AND ANCIENT NEAR EASTERN HISTORY; TRINITY EVANGELICAL DIVINITY SCHOOL ' In a time of polarization over the veracity and usefulness of various forms of data, this volume is a welcome addition, both for its level-headed and even-handed treatment of all relevant materials and the sheer volume of material presented. The authors respect the intelligence of their readers and supply them with the data, the range of scholarly debate on the topic, and their own analysis, allowing both beginning students and seasoned scholars to soundly evaluate the situation." -TAMMI J. SCHNEIDER, PROFESSOR, SCHOOL OF RELIGION, CLAREMONT GRADUATE UNIVERSITY
-Publisher

John H. Hayes is Professor Emeritusof Old Testament at Candler School of Theology, Emory University, in Atlanta, Georgia. He is the author of numerous books, including "Introduction to the Bible", "Biblical Exegesis: A Beginner's Handbook" (with Carl Holladay), "The Jewish People in Classical Antiquity" (with Sara Mandell), and "Old Testament Theology: Its History and Development" (with Frederick Prussner), all published by WJK.

A Biblical-Theological Introduction to the Old Testament
Hardback