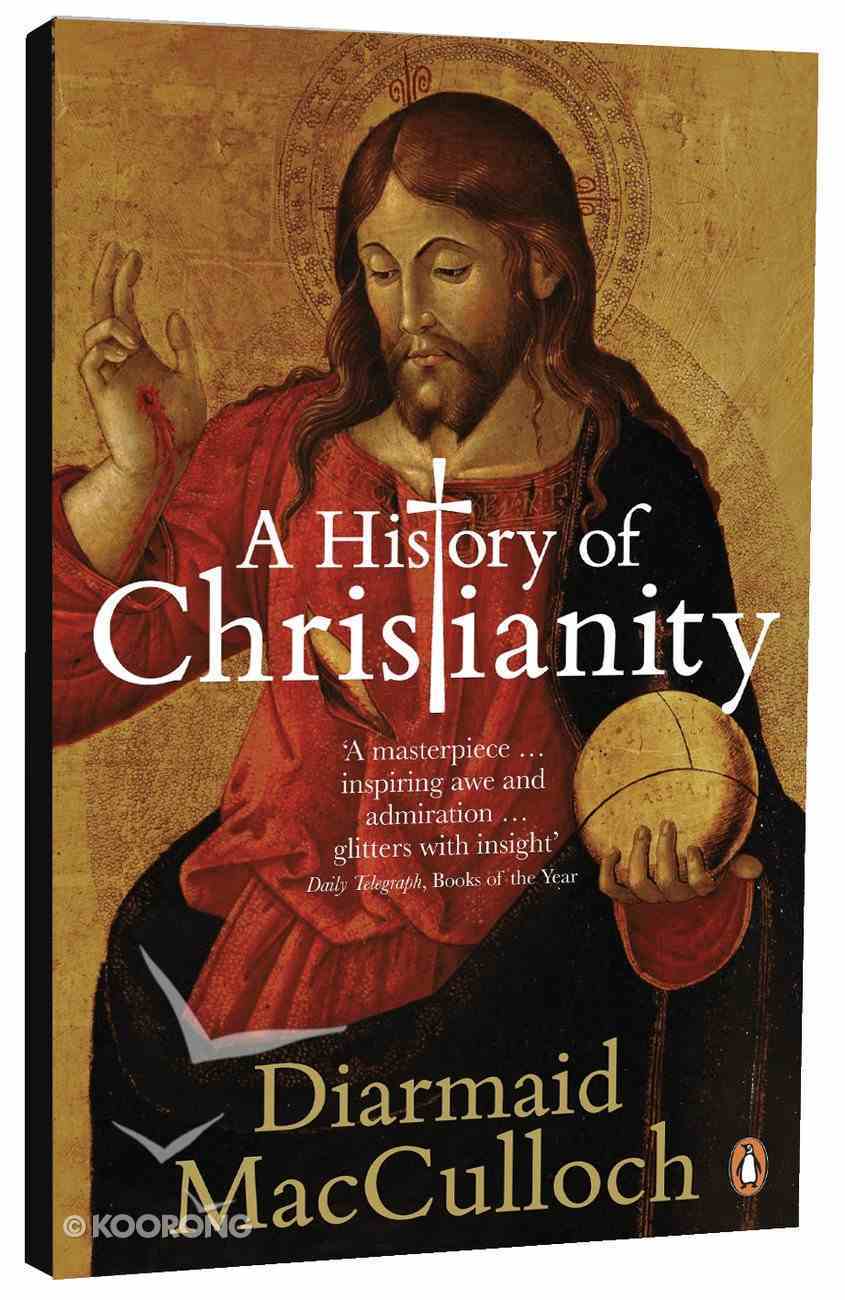 A History of Christianity: The First Three Thousand Years

Christianity has had an incalculable impact on human history, not just spiritual beliefs and the organization of religion, but in politics, war and human society. Diarmaid MacCulloch takes the story of Christianity back to its origins in Judaism and Greek...

Christianity has had an incalculable impact on human history, not just spiritual beliefs and the organization of religion, but in politics, war and human society. Diarmaid MacCulloch takes the story of Christianity back to its origins in Judaism and Greek culture a thousand years before Jesus Christ's birth and forward to its expansion in the contemporary world. He explores the ways in which, over three millennia, the cosmic puzzle of God-made-human gave Christianity a constant struggle to find its identity. He shows how the Roman Empire moved from executing Jesus and persecuting his followers to protecting an established Christian Church; how Rome, the city where Christ's foremost apostles Peter and Paul met their deaths, has come to symbolize one version of the Christian Church. He points to the great might-have-been of Christian history, when, in 451, many Christians rejected an Emperor's imposed compromise solution to the Jesus problem and embarked on ventures to make Christianity a religion of Africa and the Far East. He explores Christianity's complicated and often contentious relationship to its parent Judaism and cousin Islam, and tells the story of the sixteenth-century split within Western Christianity which produced Protestantism and a continuing Roman Catholicism.In this book we see how Christianity has changed its mind on vital moral questions, such as the permissibility of warfare and slavery, and we learn how the campaign against slavery not only transformed Christianity but helped turn it into a worldwide faith.

Christianity, one of the world's great religions, has had an incalculable impact on human history. This book, now the most comprehensive and up to date single volume work in English, describes not only the main ideas and personalities of Christian history, its organisation and spirituality, but how it has changed politics, sex, and human society.
Diarmaid MacCulloch ranges from Palestine in the first century to India in the third, from Damascus to China in the seventh century and from San Francisco to Korea in the twentieth. He is one of the most widely travelled of Christian historians and conveys a sense of place as arrestingly as he does the power of ideas. He presents the development of Christian history differently from any of his predecessors. He shows how, after a semblance of unity in its earliest centuries, the Christian church divided during the next 1400 years into three increasingly distanced parts, of which the western Church was by no means always the most important: he observes that at the end of the first eight centuries of Christian history, Baghdad might have seemed a more likely capital for worldwide Christianity than Rome. This is the first truly global history of Christianity.
-Publisher