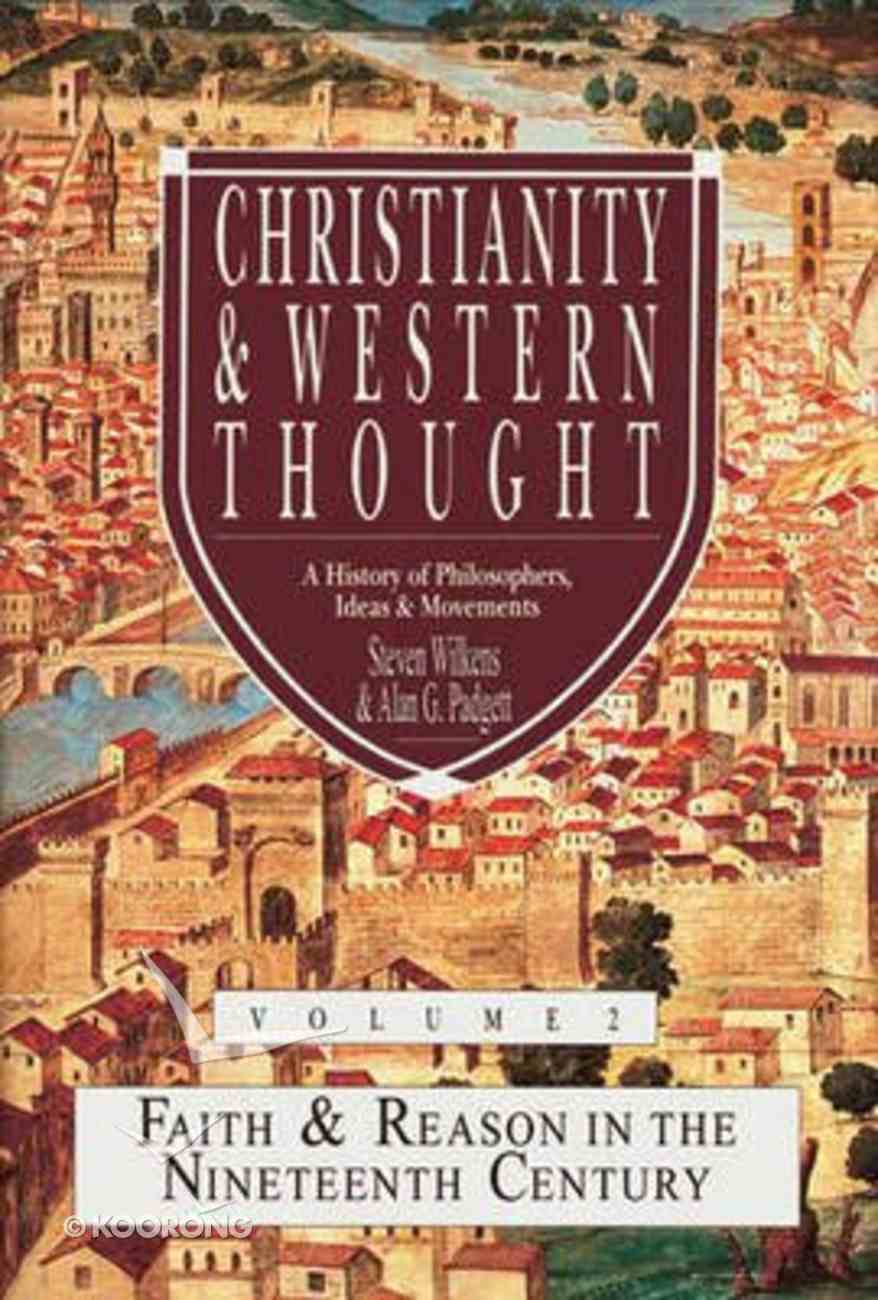 A History of Philosophers, Ideas and Movements (#01 in Christianity And Western Thought Series)

The nineteenth century continues to wield its substantial influence. Marx, Mill, Hegel, Nietzsche, Kierkegaard, Emerson, Darwin, Freud and Weber brought their era new realms of thought which still populate our imaginations. As a result, the study of history, science, psychology,...

The nineteenth century continues to wield its substantial influence. Marx, Mill, Hegel, Nietzsche, Kierkegaard, Emerson, Darwin, Freud and Weber brought their era new realms of thought which still populate our imaginations. As a result, the study of history, science, psychology, philosophy, sociology and religion has not been the same.

These heirs to rationalism began to explore the full range of human experience--which became a matter of philosophical and theological interest, and even authority. Romanticism flourished in arts and literature as Idealism, Transcendentalism, Pragmatism and other movements developed. All had a profound effect on religion and how it was viewed--particularly on Christianity.

Colin Brown's Christianity & Western Thought, Volume 1: From the Ancient World to the Age of Enlightenment was widely embraced as a text in philosophy and theology courses around the world. His project is here continued with the same spirit, energy and design by Steve Wilkens and Alan Padgett. Volume 2 dissects and colorfully explains the main intellectual streams of the nineteenth century.

Colin Brown wrote of his first volume: "This book is about the changes in preconceptions, world views and paradigms that have affected the ways in which people have thought about religion in general and Christianity in particular in the Western world. . . . It is a historical sketch, written to help students--and anyone else who might be interested--to get a better grasp of the love-hate relationship between philosophy and faith that has gone on for close to two thousand years."

Wilkens and Padgett are also at work on a third volume that will survey the developments of twentieth-century philosophy. Once completed, Christianity & Western Thought, in three volumes, will be the premier text of philosophical history written from a conservative Christian perspective.^
-Publisher.

In this much anticipated sequel to Colin Brown's Christianity and Western Thought, Vol. 1, the authors follow the story of Christianity's and philosophy's interaction through the monumental changes of the 19th century.
-Publisher

Alan G. Padgett (D.Phil., University of Oxford) is professor of systematic theology at Luther Seminary in St. Paul, Minnesota. Formerly he taught theology and philosophy at Azusa Pacific University. He is the author of God, Eternity and the Nature of Time (Wipf & Stock, 2000); Christianity & Western Thought, Volume 2 & Volume 3 (with Steve Wilkens); God and Time: Four Views and the editor of Reason and the Christian Religion (Oxford University Press, 1994). Most recently he has produced As Christ Submits to the Church: A Biblical Understanding of Leadership and Mutual Submission (Baker; 2011)
Koorong -Editorial Review.