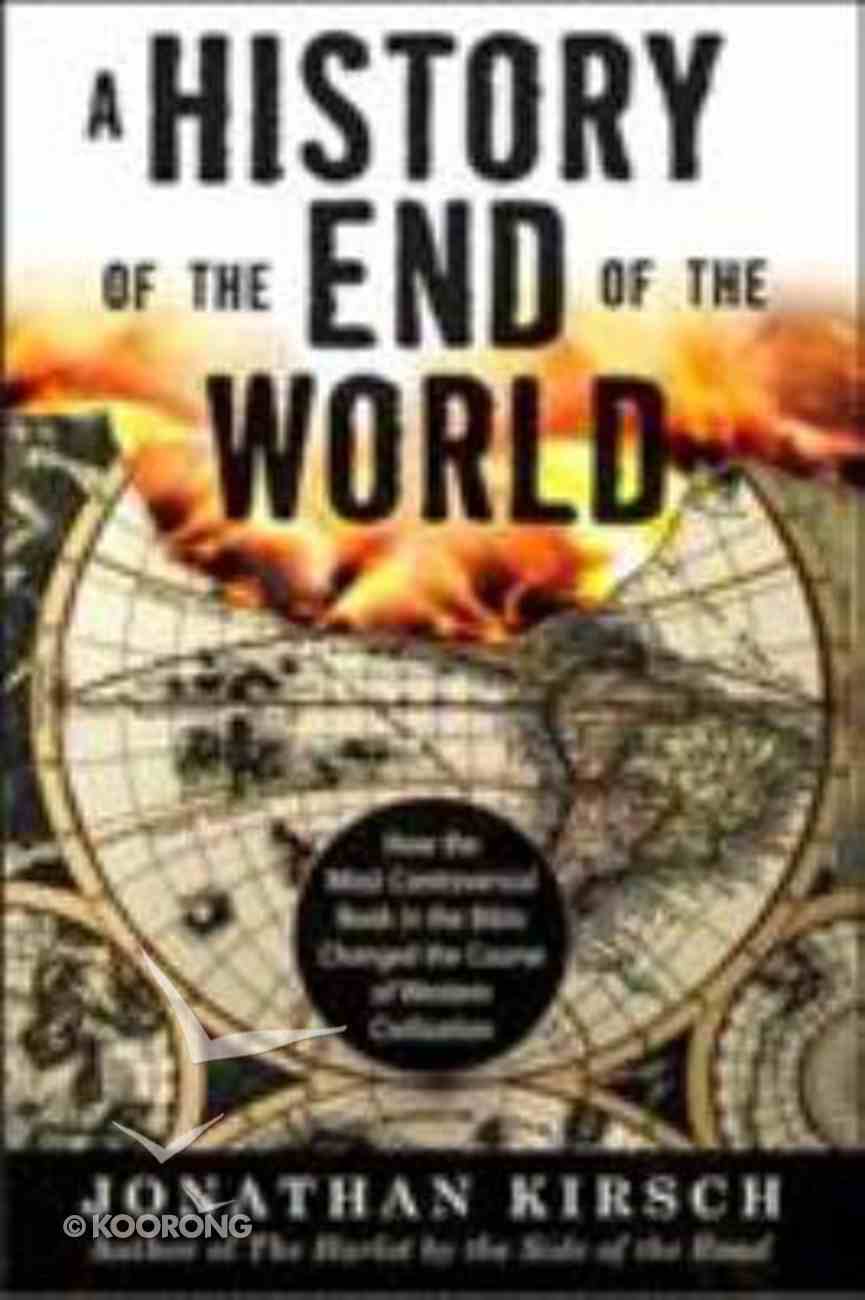 A History of the End of the World

"[The Book of] Revelation has served as a "language arsenal" in a great many of the social, cultural, and political conflicts in Western history. Again and again, Revelation has stirred some dangerous men and women to act out their own...

A History of the End of the World
Jonathan Kirsch
eBook

The End of the Unrepentant
J Webb Mealy
eBook

The Future of Everything: Essential Truths About the End Times
William Boekestein
Paperback

Unlocking the Last Days: A Guide to the Book of Revelation and the End Times
Jeff Lasseigne
Paperback

Heaven: It's Not the End of the World
David Lawrence
eBook

The Future of the Word
Tiffany Eberle Kriner
eBook

The Legend of the Anti-Christ
Stephen J Vicchio
eBook

"[The Book of] Revelation has served as a "language arsenal" in a great many of the social, cultural, and political conflicts in Western history. Again and again, Revelation has stirred some dangerous men and women to act out their own private apocalypses. Above all, the moral calculus of Revelation&#8212the demonization of one's enemies, the sanctification of revenge taking, and the notion that history must end in catastrophe&#8212can be detected in some of the worst atrocities and excesses of every age, including our own. For all of these reasons, the rest of us ignore the book of Revelation only at our impoverishment and, more to the point, at our own peril."


The mysterious author of the Book of Revelation (or the Apocalypse, as the last book of the New Testament is also known) never considered that his sermon on the impending end times would last beyond his own life. In fact, he predicted that the destruction of the earth would be witnessed by his contemporaries. Yet Revelation not only outlived its creator; this vivid and violent revenge fantasy has played a significant role in the march of Western civilization.


Ever since Revelation was first preached as the revealed word of Jesus Christ, it has haunted and inspired hearers and readers alike. The mark of the beast, the Antichrist, 666, the Whore of Babylon, Armageddon, and the Four Horsemen of the Apocalypse are just a few of the images, phrases, and codes that have burned their way into the fabric of our culture. The questions raised go straight to the heart of the human fear of death and obsession with the afterlife. Will we, individually or collectively, ride off to glory, or will we drown in hellfire for all eternity? As those who best manipulate this dark vision learned, which side we fall on is often a matter of life or death. Honed into a weapon in the ongoing culture wars between states, religions, and citizenry, Revelation has significantly altered the course of history.


Kirsch, whom the Washington Post calls "a fine storyteller with a flair for rendering ancient tales relevant and appealing to modern audiences," delivers a far-ranging, entertaining, and shocking history of this scandalous book, which was nearly cut from the New Testament. From the fall of the Roman Empire to the Black Death, the Inquisition to the Protestant Reformation, the New World to the rise of the Religious Right, this chronicle of the use and abuse of the Book of Revelation tells the tale of the unfolding of history and the hopes, fears, dreams, and nightmares of all humanity.

He is a book columnist for The Los Angeles Times & author of the bestselling & critically acclaimed King david: The Real Life of the Man Who Ruled Israel, Moses: A Life & Harlot by the Side of the Road, writes & lectures widely. He lives in Los Angeles, California.

Jesus and the End Times: What He Said...And What the Future Holds
Ron Rhodes
Paperback

Not Afraid of the Antichrist: Why We Don't Believe in a Pre-Tribulation Rapture
Michael L Brown, Craig S Keener
Paperback