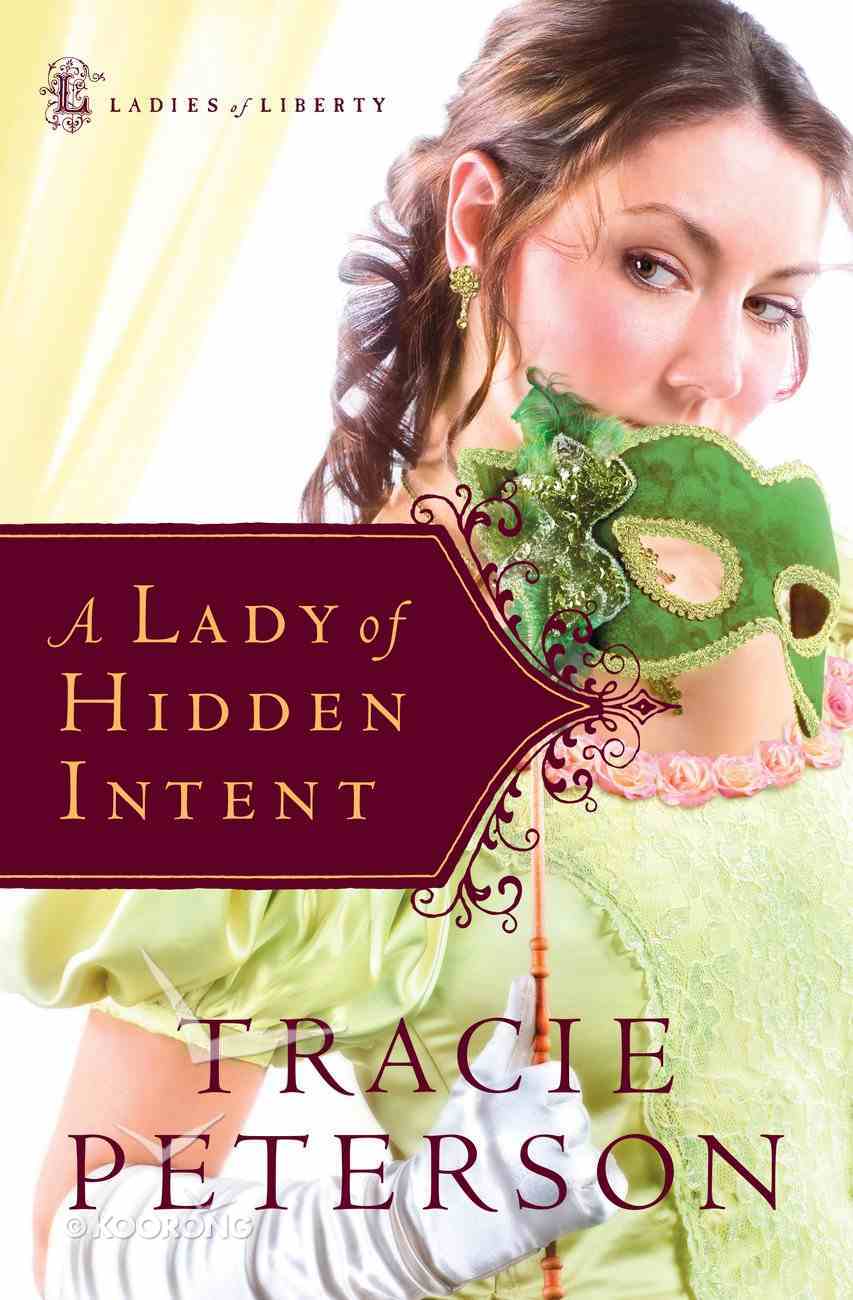 A Lady of Hidden Intent (#02 in Ladies Of Liberty Series)

He believes them to be strangers... The door opened suddenly, and there she was. Carter forgot what he was saying and simply stared at the vision before him. Hang his imagination; this woman was far more intriguing in the flesh!...

He believes them to be strangers...
The door opened suddenly, and there she was. Carter forgot what he was saying and simply stared at the vision before him. Hang his imagination; this woman was far more intriguing in the flesh! Yet she knows the truth.

Catherine found she couldn't look away, he was so very handsome. His face had a rather rugged look, perhaps more so than she'd noticed five years ago. How strange that he'd never married.

Now that their paths have crossed again, can Catherine break free from the past to embrace the chance for love?

A life of privilege becomes only a distant memory when Catherine Newbury's father is falsely imprisoned and she is whisked away from her home in England to America. Forced to disguise her past and create a completely new life, Catherine takes on a servant's last name and carves out a tenuous future for herself as a seamstress. Soon her dress designs are sought throughout Philadelphia.

When the dashing Carter Danby accompanies his mother and sister for a design consultation, Catherine suddenly encounters her past face-to-face. Is Carter's avid interest in her genuine, or does he, as she suspects, recognize her as the young lady he met while touring England? She cannot deny the attraction, but admitting her true identity may jeopardize her father's only hope for freedom. Will Catherine be forced to sacrifice her dreams of love?

When her father is falsely imprisoned for slave trading, Catherine Newbury finds her English world turned upside down. Whisked away with trusted servants to America, she is forced to disguise her past and create a completely new life. Taking on a servant's last name, Catherine becomes an accomplished seamstress whose dress designs are sought throughout Philadelphia.
Carter Danby, an architect who was touring England, met Catherine at a party in her English home the very night she was forced to flee. Five years later they meet again when his sister and mother come for a design consultation. Carter is sure he's met the dark-haired beauty before, but can't quite place her....
Drawn to Catherine, yet realizing she is hiding a painful past, Carter longs to create a future together with her. Catherine desires above all else to see her father set free--even at the cost of her own dreams. Will love be the sacrifice?
-Publisher