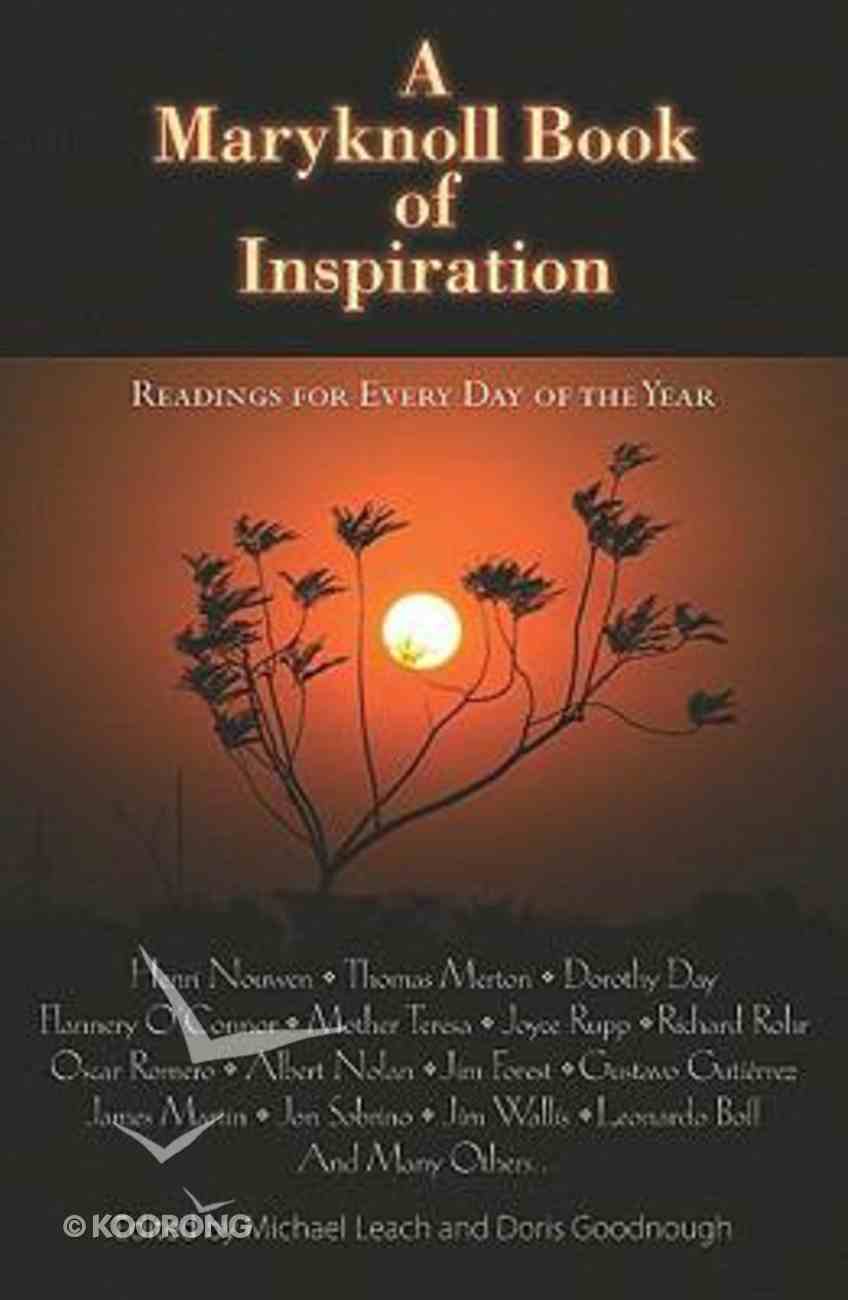 A Maryknoll Book of Inspiration

A wonderful collection of inspired thoughts from great spiritual writers to enrich you every day of the year! Welcome into your daily meditations the company of Thomas Merton, Flannery O'Connor, Henri Nouwen, Joyce Rupp, Bede Griffith, Mother Teresa, Dorothy Day,...

Available to Order
Expected to ship within 8 hours from Australia.
Learn More
Free Shipping
for orders over $99.

The Inner Voice of Love: A Journey Through Anguish to Freedom
Henri Nouwen
Paperback

A wonderful collection of inspired thoughts from great spiritual writers to enrich you every day of the year!
Welcome into your daily meditations the company of Thomas Merton, Flannery O'Connor, Henri Nouwen, Joyce Rupp, Bede Griffith, Mother Teresa, Dorothy Day, Richard Rohr, Oscar Romero, Evelyn Underhill, Jim Forest, and many others whose spiritual writings have graced the pages of Orbis Books during the past 40 years.


Published to coincide with the 40th anniversary of Orbis and the 100th anniversary of its parent, the Maryknoll Fathers and Brothers, this treasure-trove of inspiration reflects the values of Maryknoll and will be greatly valued by all readers who cherish spirituality and literature.

Born in Skopje in 1910, MOTHER TERESA joined the Sisters of Loreto in Dublin in 1928 and was sent to India, where she began her novitiate. She taught at St. Mary's High School in Calcutta from 1931 to 1948, until leaving the Loreto order to begin the Missionaries of Charity. Through her sisters, brothers, and priests, her service of the poorest of the poor spread all around the world. She won many awards, including the 1979 Nobel Peace Prize. After her death in 1997, the process for her sainthood was quickly begun and she was beatified in 2003.ýFR. BRIAN KOLODIEJCHUK, M.C., Ph.D., was born i

Joyce Rupp is nationally known for her work as author, spiritual midwife, retreat and conference speaker. A member of the Servite community, she has led retreats throughout North America, as well as in Europe, Asia, and Africa. Joyce is the author of more than ten bestselling books. After Henri Nouwen, she is the best selling Catholic author in the United States. ý

In the Name of Jesus: Reflections on Christian Leadership
Henri Nouwen
Paperback

The Inner Voice of Love: A Journey Through Anguish to Freedom
Henri Nouwen
Paperback