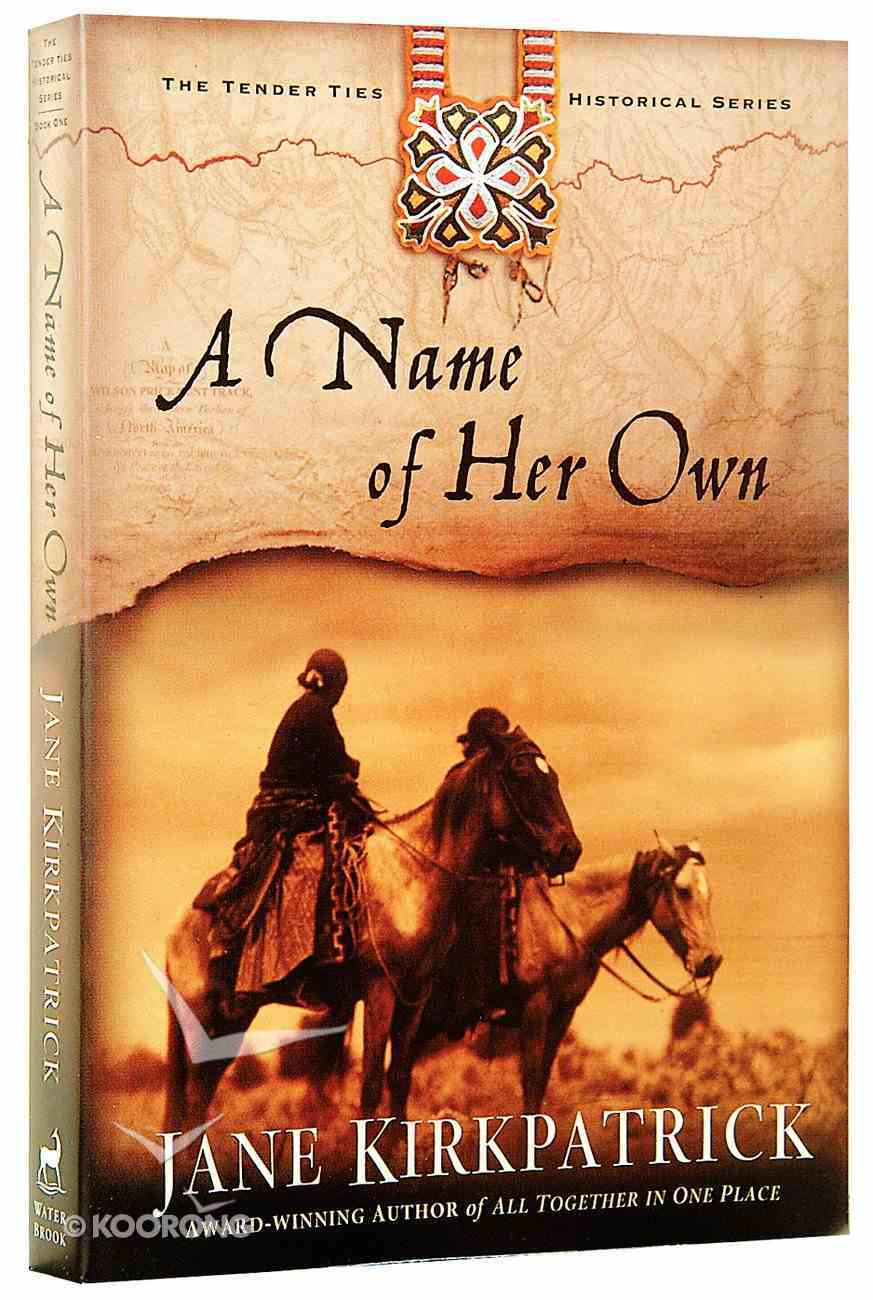 During the fur-trapping era of the early 1800s, with two young sons to raise, Marie refuses to be left in St Louis when her husband heads west. This novel "brings history to life in breathtaking scope and thought-provoking reality." -...

Something Worth Doing
Jane Kirkpatrick
Paperback

During the fur-trapping era of the early 1800s, with two young sons to raise, Marie refuses to be left in St Louis when her husband heads west. This novel "brings history to life in breathtaking scope and thought-provoking reality." - Lisa Samson.

Based on the life of Marie Dorion, the first mother to cross the Rocky Mountains and remain in the Northwest, A Name of Her Own is the fictionalized adventure account of a real woman’s fight to settle in a new landscape, survive in a nation at war, protect her sons and raise them well and, despite an abusive, alcoholic husband, keep her marriage together.

With two rambunctious young sons to raise, Marie Dorion refuses to be left behind in St. Louis when her husband heads West with the Wilson Hunt Astoria expedition of 1811. Faced with hostile landscapes, an untried expedition leader, and her volatile husband, Marie finds that the daring act she hoped would bind her family together may in the end tear them apart.

On the journey, Marie meets up with the famous Lewis and Clark interpreter, Sacagawea. Both are Indian women married to mixed-blood men of French Canadian and Indian descent, both are pregnant, both traveled with expeditions led by white men, and both are raising sons in a white world.

Together, the women forge a friendship that will strengthen and uphold Marie long after they part, even as she faces the greatest crisis of her life, and as she fights for her family’s very survival with the courage and gritty determination that can only be fueled by a mother’s love.