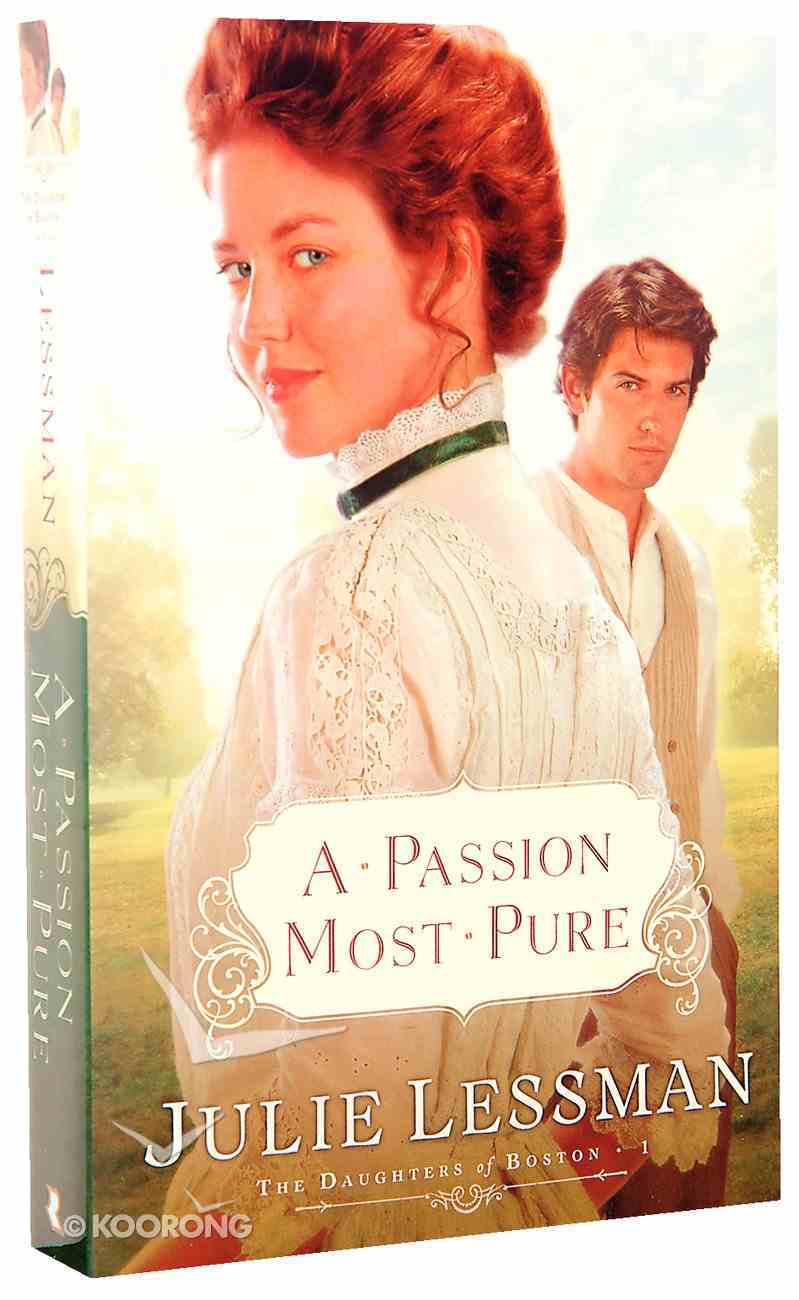 A Passion Most Pure (#01 in The Daughters Of Boston Series)

As the Great War rages in Europe, Boston belle Faith O'Connor is going through her own private war. Determined that any romance of hers should honour God, Faith suppresses her feelings for her sister's secret beau, the roguish Collin McGuire....

As the Great War rages in Europe, Boston belle Faith O'Connor is going through her own private war. Determined that any romance of hers should honour God, Faith suppresses her feelings for her sister's secret beau, the roguish Collin McGuire. But jealousy and passion soon take hold.

Refusing to settle for anything less than a romantic relationship that pleases God, Faith O???Connor steels her heart against her desire for the roguish Collin McGuire. But when Collin tries to win her sister Charity??'s hand, Faith isn???t sure she can handle the jealousy she feels. To further complicate matters, Faith finds herself the object of Collin??'s affections, even as he is courting her sister. The Great War is raging overseas, and a smaller war is brewing in the O???Connor household. Full of passion, romance, rivalry, and betrayal, A Passion Most Pure will captivate readers from the first page. Book 1 of the Daughters of Boston series.
-Publisher

She's found the love of her life. Unfortunately, he loves her sister. As World War I rages across the Atlantic in 1916, a smaller war is brewing in Boston. Faith O'Connor finds herself drawn to an Irish rogue who is anything but right for her. Collin McGuire is brash, cocky, and from the wrong side of the tracks, not to mention forbidden by her father. And then there's the small matter that he is secretly courting her younger sister. But when Collin's affections shift, it threatens to tear her proper Boston family apart. Book 1 of the Daughters of Boston series, A Passion Most Pure will carry your heart from the sophisticated streets of Boston to the green hills of Ireland as men go off to war and women long for their return. Full of passion, romance, rivalry, and betrayal, it will captivate you from the first page. "A Passion Most Pure is a frolicking read brimming with humor, desire, and addled affections, and guarantees to satisfy the most romantic of hearts."--Tamera Alexander, bestselling author of Rekindled, Revealed, and Remembered "A thought-provoking yet very enjoyable read, one I hated to put down and returned to over and over with great eagerness and anticipation. I can't wait for the next one in this series."--Kathleen Morgan, author of A Fire Within and As High as the Heavens Julie Lessman is a debut novelist whose writing has already garnered awards, including ten Romance Writers of America awards. A Passion Most Pure is her first novel.
-Publisher

Julie Lessman is a new and exciting author with a bright future ahead of her. Even as a debut novelist, Lessman has already garnered writing awards, including ten Romance Writers of America awards, and developed a fan base