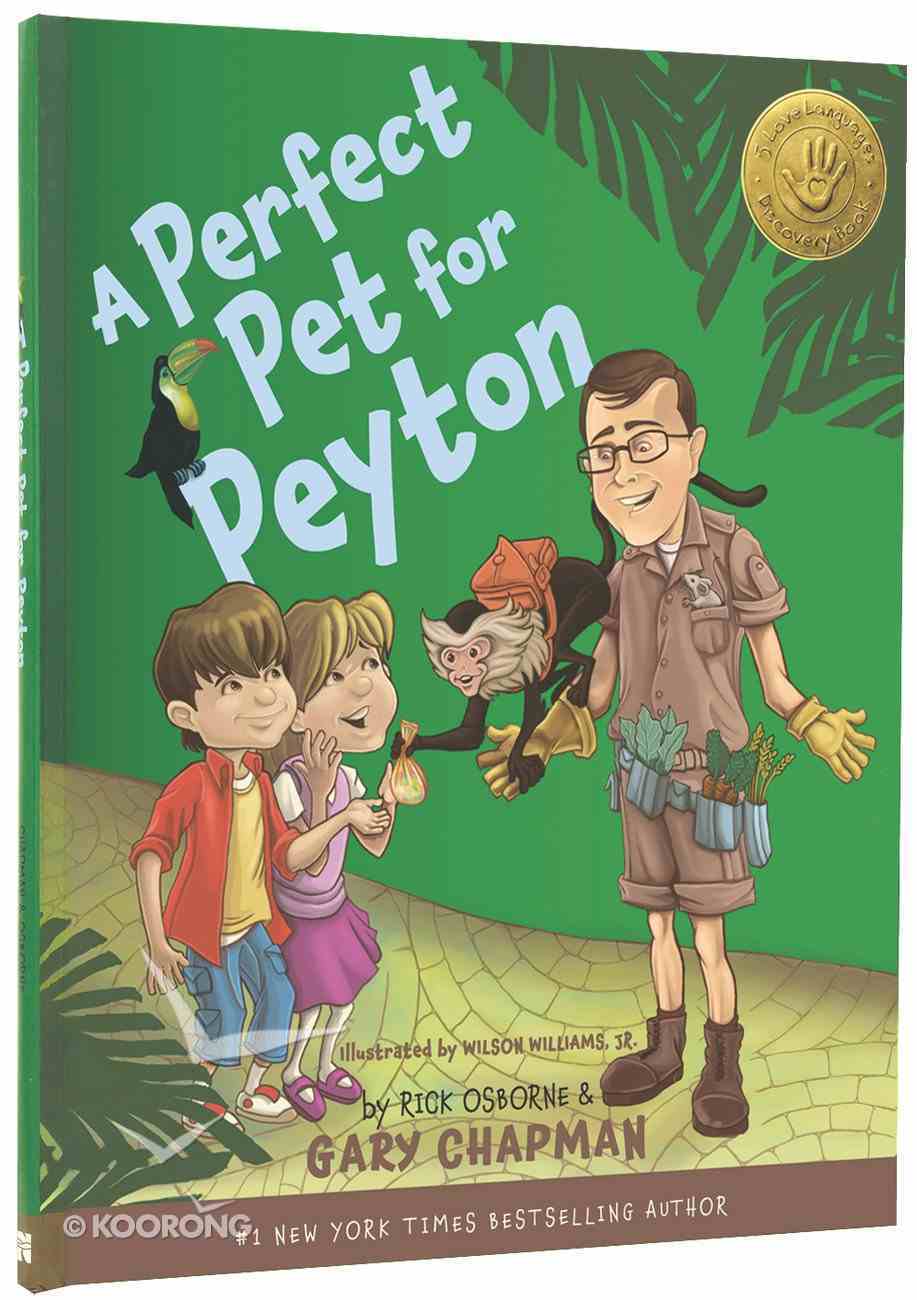 A Perfect Pet For Peyton (5 Love Languages For Children)

This wonderfully imaginative children's hardcover book by best-selling authors Gary Chapman and Rick Osborne, featuring full-colour illustrations (with hidden details!) by Wilson Williams Jr., will help children learn the importance of love. Based on Gary's highly successful The 5 Love Languages, A Perfect Pet for Peyton tells an entertaining and playful story of five children who each, with the help of Mr. Chapman and the unique pets at his special emporium, discover their own personal love language. Children and parents alike will experience firsthand the power of the love languages as they cuddle up and spend precious time together reading this book over and over again.

The cast of child characters in this whimsical story include:
- Peyton, one of the birthday celebrants, loves to help others, and appreciates it when others do little things for him.
- Penny, Peyton's twin sister, who receives love best when others spend quality time with her.
- Jayla, one of Penny's close friends, is always saying nice things about people. Her love language is words of affirmation.
- Kevin, one of Peyton's close friends, enjoys giving things to people.
- Sofia loves to pet the animals, and to show her love for others with special hugs.

Growing up, Rick Osborne really liked Superman. Superman did what was right, he did cool things that other people couldn't do, and he never quit. The Bible is full of great Superman-type stories where God helps good guys battle evil guys with his awesome supernatural help. By telling these stories, Rick loves to help boys see the real-life superhero that God wants each of them to be. Rick lives with his family up north in Canada, closer to where Superman built his fortress.

The Children of the King (Formerly Just The Way You Are)
Max Lucado, Sergio Martinez (Illus)
Hardback

One O'clock Miracle, The: A True Story About Trusting the Words of Jesus (Tales That Tell The Truth Series)
Alison Mitchell, Catalina Echeverri (Illus)
Hardback