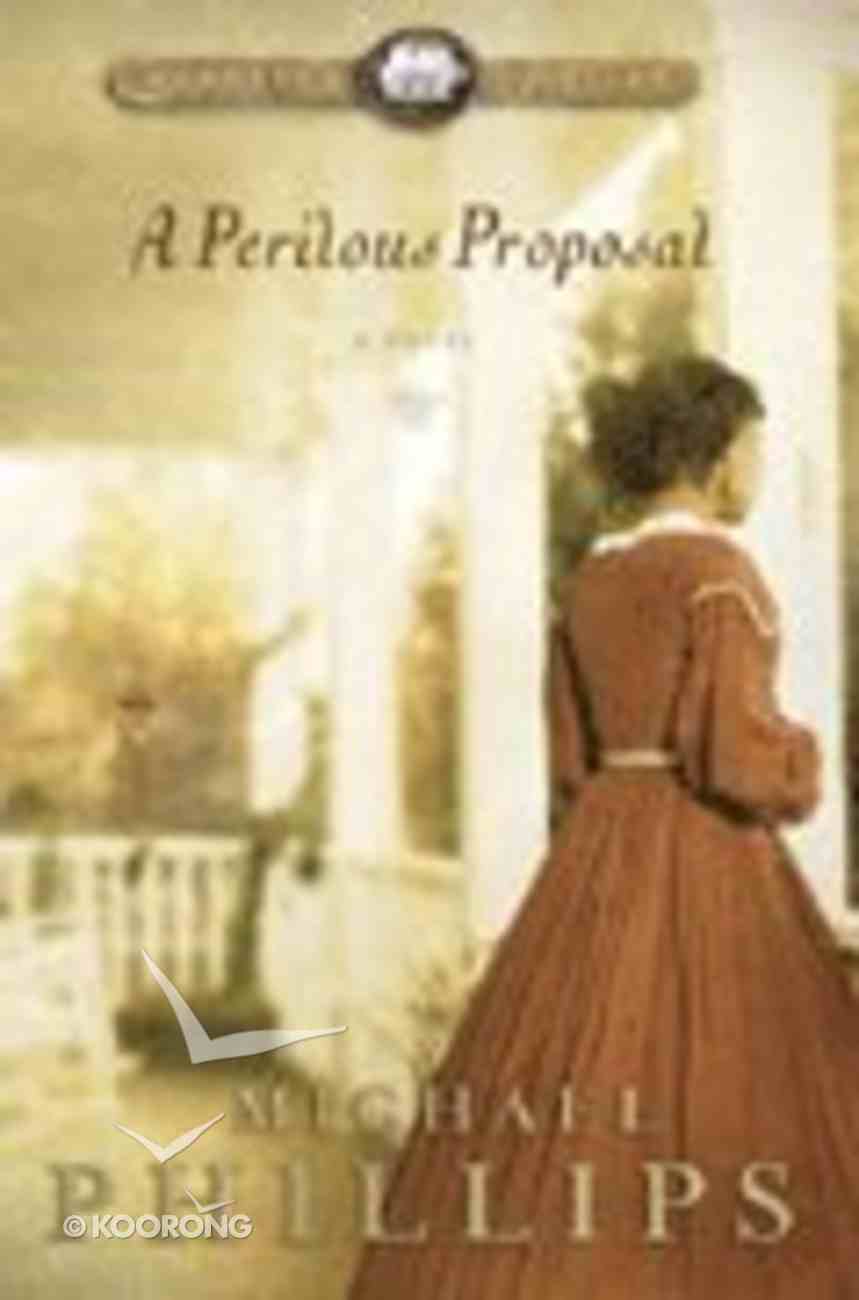 Two years have passed since the conclusion of the Shenandoah Sisters series, and Katie and Mayme are young women with big dreams, running Rosewood with the help of their two uncles and their friends Emma, Josepha, Jeremiah, and Henry. Jeremiah...

Two years have passed since the conclusion of the Shenandoah Sisters series, and Katie and Mayme are young women with big dreams, running Rosewood with the help of their two uncles and their friends Emma, Josepha, Jeremiah, and Henry. Jeremiah proposes to Mayme, but she is hesitant to accept. She loves him but does not want to give up her life at Rosewood. Local whites are furious at the Daniels brothers for harboring blacks at Rosewood and treating them like equals. The newly rising KKK kidnaps Jeremiah and plans to hang him. Will the brothers rescue him in time? Or will Mayme live to regret not saying yes to Jeremiah when she had the chance? Carolina Cousins Book 1.
-Publisher

Carolina Cousins Book 1 A Perilous Proposal introduces readers to a slave boy nicknamed Jake. Jake strives against his master and even his father. When his father disappears, Jake becomes angrier yet and kills a white drifter who attacked his mother. Sure his deed will be discovered, Jakes runs away. He is captured by a band of angry confederate soldiers and barely escapes with his life, then finds haven with the Union army and a soft-spoken black soldier named Micah. Micah gently urges him to let go of his anger, but Jake holds on to it with stubborn determination. Jake abandons the army and starts North, carrying a grudge and his guilty secret, on a quest to find freedom and his long-lost father. In North Carolina, he not only discovers his father, but two intriguing young women as well, one of them a former slave like himself. Jake soon falls in love with the beautiful black girl, but she is hesitant to marry anyone just yet. She has only recently come to know her real father and longs to spend more time,with her new family. Meanwhile, Jake runs into trouble with some white boys in town and soon the hooded riders are burning crosses in their yard. Has Jake learned to forgive his father--and himself--only to lose his true love...and possibly his life?
-Publisher