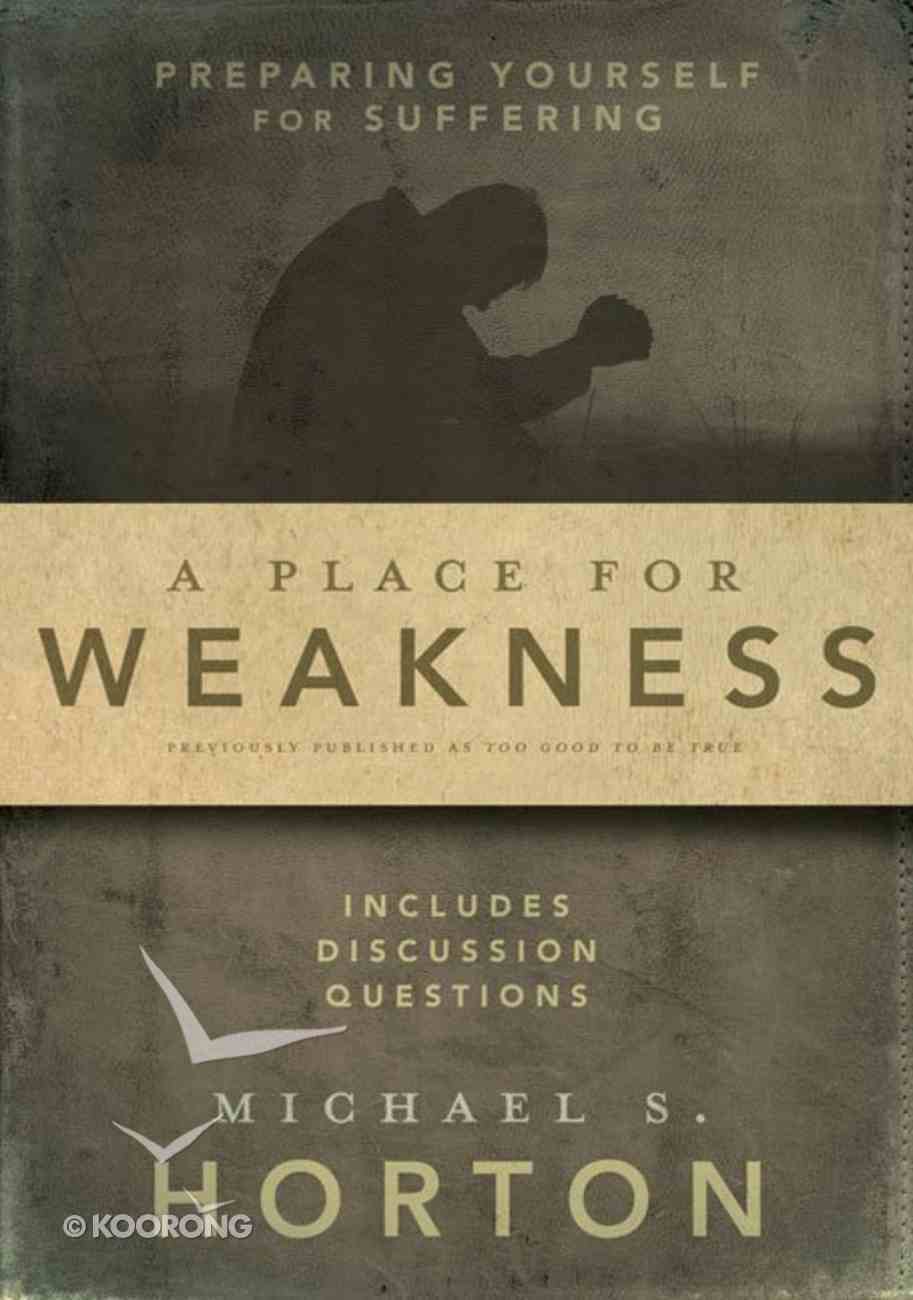 A Place For Weakness

In a world of hype, we may buy into the idea that, through Jesus, we'll be healthier and wealthier as well as wiser. So what happens when we become ill, or depressed, or bankrupt? Did we do something...

For and Against Calvinism Pack
Pack

In a world of hype, we may buy into the idea that, through Jesus, we'll be healthier and wealthier as well as wiser. So what happens when we become ill, or depressed, or bankrupt? Did we do something wrong? Has God abandoned us? As a child, Michael Horton would run up the down escalator, trying to beat it to the top. As Christians, he notes, we sometimes seek God the same way, believing we can climb to him under our own steam. We can't, which is why we are blessed that Jesus descends to us, especially during times of trial. In A Place for Weakness, formerly titled Too Good to Be True, Horton exposes the pop culture that sells Jesus like a product for health and happiness and reminds us that our lives often lead us on difficult routes we must follow by faith. This book offers a series of powerful readings that demonstrate how, through every type of earthly difficulty, our Father keeps his promises from Scripture and works all things together for our good.