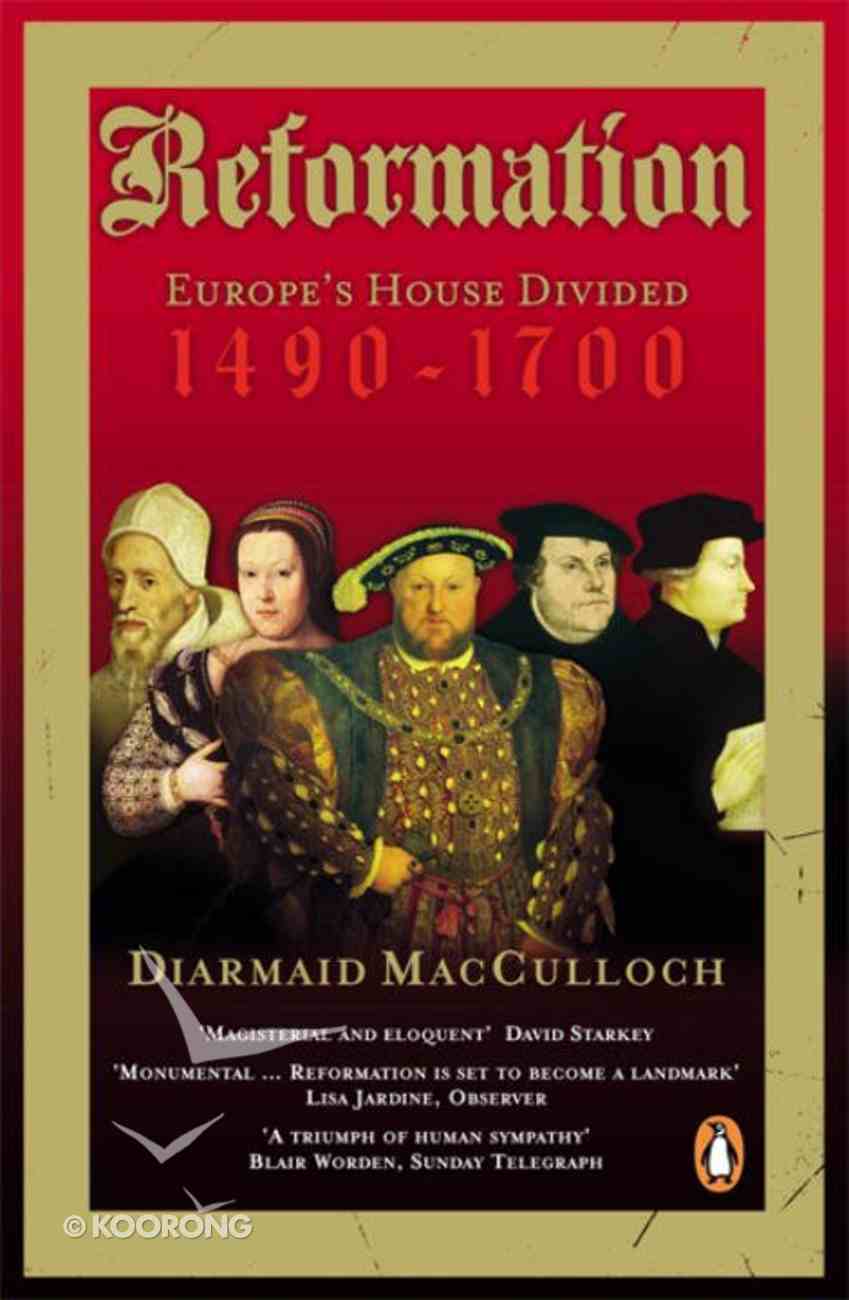 At a time when men and women were prepared to kill - and be killed - for their faith, the Reformation tore the western world apart. Acclaimed as the definitive account of these epochal events, Diarmaid MacCulloch's history brilliantly re-creates...

7 Available
Expected to ship within 7 hours from Australia.
Learn More
Free Shipping
for orders over $99.

Reformation: The What You Need to Know and Why
John Stott, Michael Reeves
eBook

At a time when men and women were prepared to kill - and be killed - for their faith, the Reformation tore the western world apart. Acclaimed as the definitive account of these epochal events, Diarmaid MacCulloch's history brilliantly re-creates the religious battles of priests, monarchs, scholars and politicians, from the zealous Luther to the radical Loyola, from the tortured Cranmer to the ambitious Philip II.

Weaving together the many strands of Reformation and Counter-Reformation, ranging widely across Europe and even to the New World, MacCulloch also reveals as never before how these upheavals affected everyday lives - overturning ideas of love, sex, death and the supernatural, and shaping the modern age.
- Publisher.

The Reformation was the seismic event in European history over the past 1000 years, and one which tore the medieval world apart. Not just European religion, but thought, culture, society, state systems, personal relations - everything - was turned upside down. Just about everything which followed in European history can be traced back in some way to the Reformation and the Counter-Reformation which it provoked. The Reformation is where the modern world painfully and dramatically began, and MacCulloch's great history of it is recognised as the best modern account.
-Publisher

The Reformation, which began in 1517 when Martin Luther nailed his 95 theses to the door of Wittenberg Cathedral, is the seismic event in European history. The medieval world was torn apart involving priests, monarchs, scholars and polticians alike. These key events in European history are examined in this volume.
-Publisher

Regrace: What the Shocking Beliefs of the Great Christians Can Teach Us Today
Frank Viola
Paperback