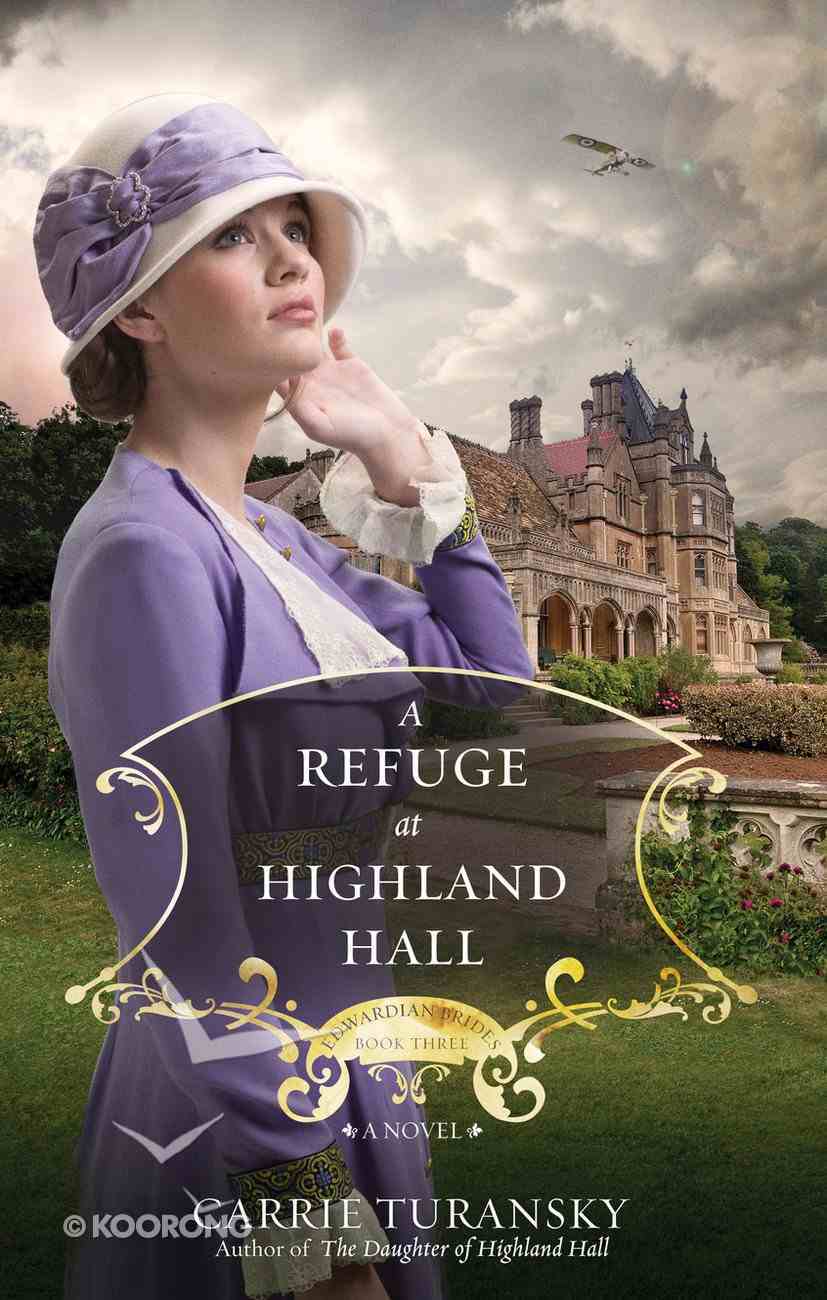 A Refuge At Highland Hall (#03 in Edwardian Brides Series)

Britain declares war on Germany in 1914, and Penelope (Penny) Ramsey, a nineteen-year-old English aristocrat, is determined to do her part and help her country, her family, and the man she loves overcome the challenges of the Great War. But...

Across the Blue
Carrie Turansky
eBook

Britain declares war on Germany in 1914, and Penelope (Penny) Ramsey, a nineteen-year-old English aristocrat, is determined to do her part and help her country, her family, and the man she loves overcome the challenges of the Great War. But can her heart survive the losses that will surely come her way?

When Penny meets Alex Goodwin, a confident, daredevil pilot, intent on defeating the Germans and proving his worth, her heart is drawn to him, but a pilot's life expectancy was no more than six weeks. Should she risk giving her heart to him, when loving Alex will most certainly mean losing the man she loves?

:The Great War shakes the world of a spirited young woman and the brave British pilot she loves, taking her from London to her family's magnificent country estate, and sending him into the war-torn skies over France.


Penny Ramsey has always considered Highland Hall her home, but when Britain becomes involved in World War One she travels to London to assist her sister Kate with the eight orphan children she and her husband Jon have taken into their home. Doing her part for the war effort takes priority over Penny's dreams of romance until she meets Alex Goodwin, a Royal Naval Air Service pilot in training.

Alex is determined to prove his worth and do his part to defend his country. Knowing he is heading off for the dangerous assignment of chasing Zeppelins across the front line in France, he feels it's unwise to form any romantic attachments. But he can't help admiring the pretty, warmhearted Penny and wondering what it would be like to find her waiting when he returns home from the war.

As Penny writes to Alex, their friendship blossoms, and she becomes his tie to home and normalcy as he faces the hardships war. But being an RNAS pilot means confronting the enemy, and the fallout form those experiences push Alex beyond Penny's reach. Can God mend the brokenness left by the losses of war? Will faith and forgiveness bring them together again?
-Publisher

Carrie Turansky lives in New Jersey with her husband Scott. They have been married for over thirty years and have five young adult children and two grandsons. Carrie leads women's ministry at their church and teaches Bible studies. She also enjoys reading, gardening, and walking around the lake near their home. Carrie and her family spent one year in Kenya as missionaries, giving them a passion for what God is doing around the world. Carrie's website is: www.carrieturansky.com.