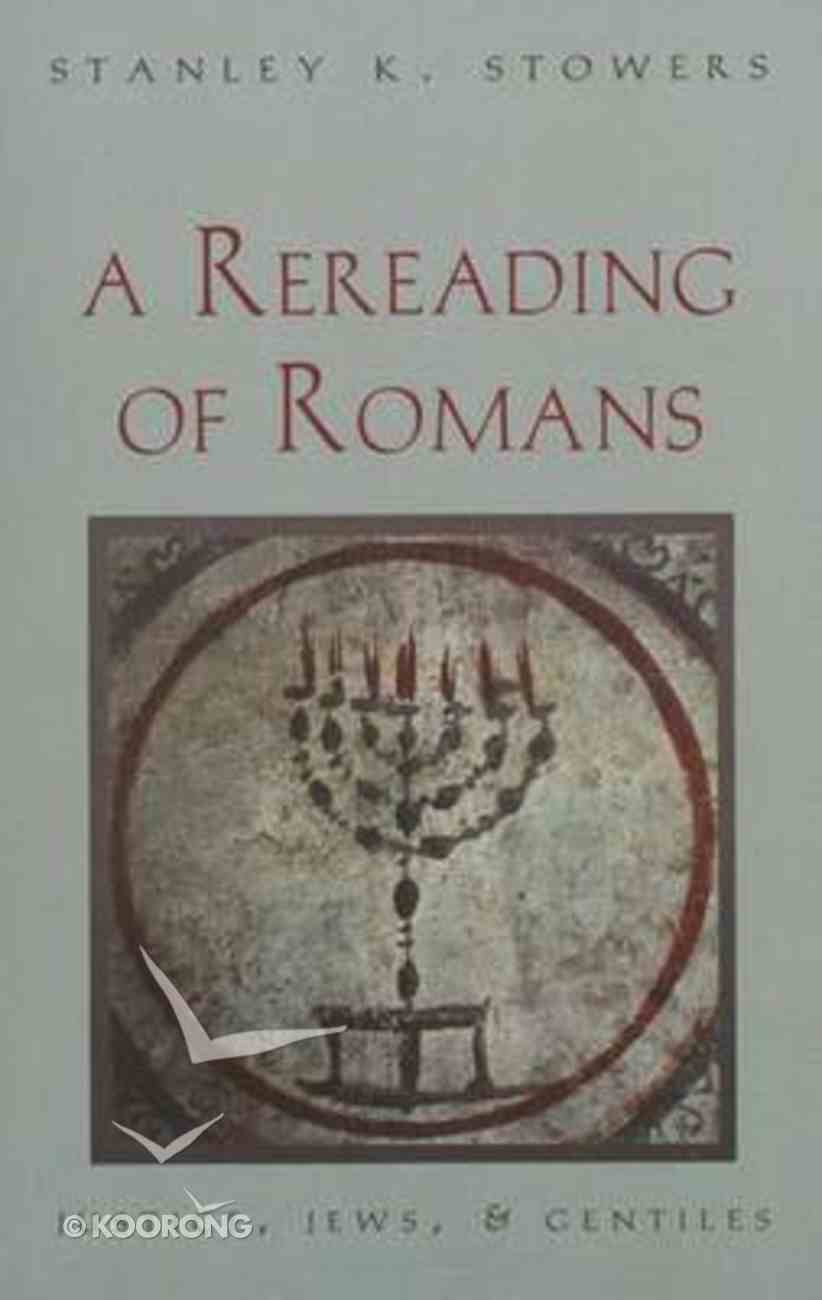 A Rereading of Romans

"Paul's Letter to the Romans is one of the most influential writings of Christian theology. From the time of Augustine it has been central in discussions about sin and salvation, about guilt, fear of God, and gratitude for God's mercy....

The Structure of Romans
Paul B Fowler
Paperback

The Structure of Romans
Paul B Fowler
eBook

Figure of Adam in Romans 5 and 1 Corinthians 15, the - the New Creation and Its Ethical and Social Reconfigurations (Emerging Scholars Series)
Felipe De Jesus Legarreta-castillo
eBook

Apostle of the Crucified Lord: A Theological Introduction to Paul and His Letters
Michael J Gorman
Paperback

"Paul's Letter to the Romans is one of the most influential writings of Christian theology. From the time of Augustine it has been central in discussions about sin and salvation, about guilt, fear of God, and gratitude for God's mercy. In this groundbreaking reinterpretation, Stanley Stowers argues that Christian tradition has interpreted Romans in an anachronistic fashion fundamentally different from how readers in Paul's time would have read it. He provides a new reading that places Romans within the sociocultural, historical, and rhetorical contexts of Paul's world." "Stowers challenges the idea that salvation is the central issue of Paul's letter and that the letter's addresses include Jews. In Stower's reading, Paul, a Jew immersed in Hellenistic culture, is addressing his letter to an audience of gentiles. Paul says that in faithfulness to his mission and God's promises, Jesus restrained his messianic powers, allowing an opportunity for gentiles to be redeemed. Thus God demonstrated his justice and, by raising Jesus, created a new line of kinship by the Spirit that will lead gentiles to moral and psychological self-mastery. The acceptance and self-mastery that gentiles seek is not to be found in observing teachings from Jewish law. According to Stowers, Romans neither offers an answer to human sinfulness nor presents Christianity as a religion of salvation. Stowers thus reinterprets the relation of Paul's Christianity to Judaism, the meaning of faith, and the significance of Jesus Christ."--BOOK JACKET. Title Summary field provided by Blackwell North America, Inc. All Rights Reserved
-Publisher

In this groundbreaking reinterpretation of one of the most influential documents of Christian theology, Stanley Towers argues that Christian tradition has interpreted Romans in a fundamentally different way to that of readers of the time.
-Publisher

The Life and Theology of Paul
Guy Prentiss Waters
Hardback