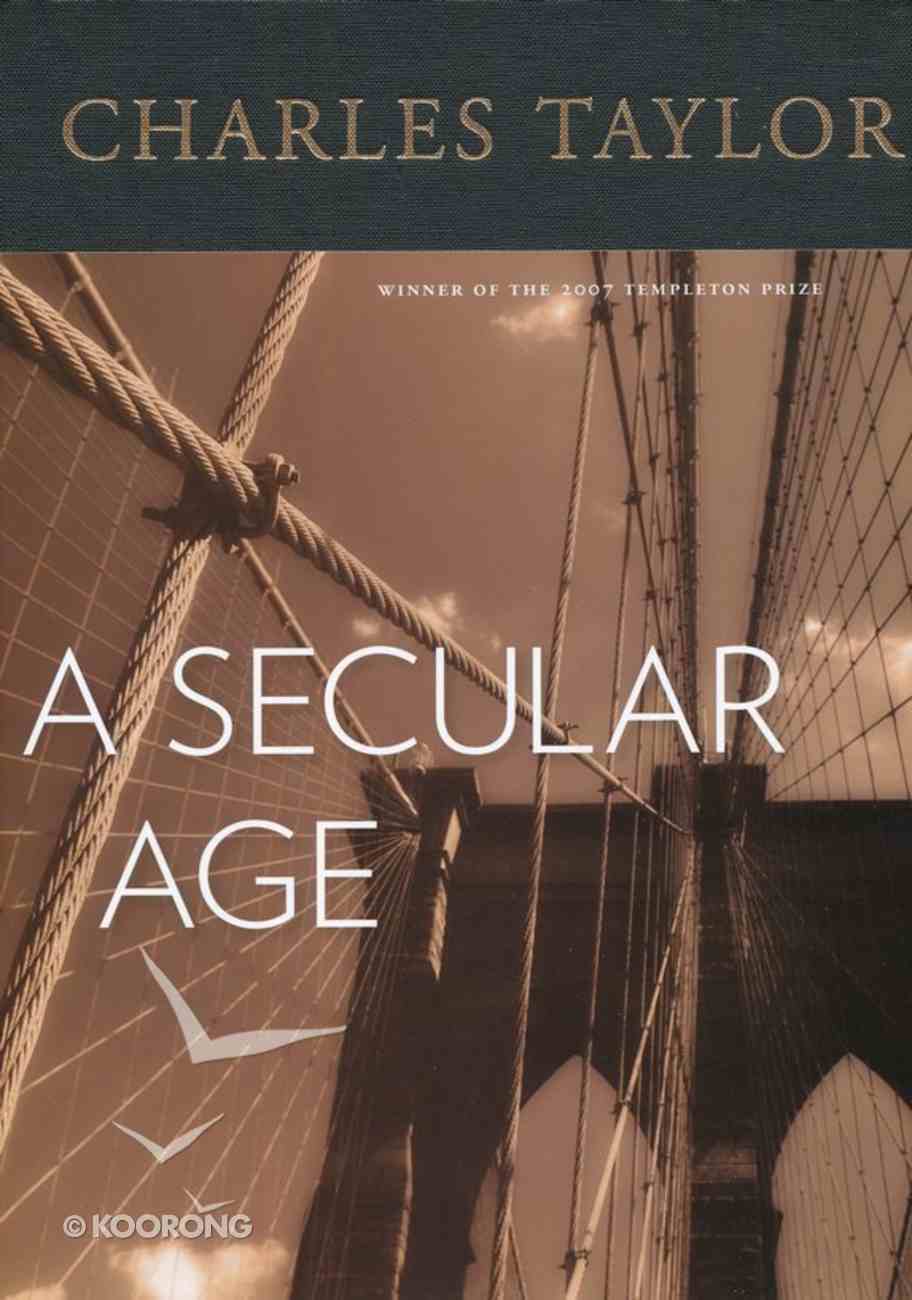 Charles Taylor's remarkable book A Secular Age achieves something quite different from what other writers on secularization have accomplished. Most have focused on decline as the essence of secularism - either the removal of religion from sphere after sphere of...

The Church of Us Vs. Them: Freedom From a Faith That Feeds on Making Enemies
David Fitch
Hardback

Selfies: Searching For the Image of God in a Digital Age
Craig Detweiler
Paperback

Haunted By Christ: Modern Writers and the Struggle For Faith
Richard Harries
Paperback

Charles Taylor's remarkable book A Secular Age achieves something quite different from what other writers on secularization have accomplished. Most have focused on decline as the essence of secularism - either the removal of religion from sphere after sphere of public life, or the decrease of religious belief and practice. But Taylor focuses on what kind of religion makes sense in a secular age. Taylor is asking not only how secularism became a significant option in a civilization, which not so long ago was explicitly Christian, but what that change means for the spiritual quest, both of those who are religious and those who consider themselves secular. I doubt many people have even perceived this aspect of secularism, and Taylor's book should be as much of a revelation to them as it was to me.
-Publisher

What does it mean to say that we live in a secular age? Almost everyone would agree that we--in the West, at least--largely do. And clearly the place of religion in our societies has changed profoundly in the last few centuries. In what will be a defining book for our time, Charles Taylor takes up the question of what these changes mean--of what, precisely, happens when a society in which it is virtually impossible not to believe in God becomes one in which faith, even for the staunchest believer, is only one human possibility among others.


Taylor, long one of our most insightful thinkers on such questions, offers a historical perspective. He examines the development in "Western Christendom" of those aspects of modernity which we call secular. What he describes is in fact not a single, continuous transformation, but a series of new departures, in which earlier forms of religious life have been dissolved or destabilized and new ones have been created. As we see here, today's secular world is characterized not by an absence of religion--although in some societies religious belief and practice have markedly declined--but rather by the continuing multiplication of new options, religious, spiritual, and anti-religious, which individuals and groups seize on in order to make sense of their lives and give shape to their spiritual aspirations.


What this means for the world--including the new forms of collective religious life it encourages, with their tendency to a mass mobilization that breeds violence--is what Charles Taylor grapples with, in a book as timely as it is timeless.

Charles Taylor is Board of Trustees Professor of Law and Philosophy at Northwestern University, Professor Emeritus of Political Science and Philosophy at McGill University, and former Chichele Professor of Social and Political Theory at Oxford University. He is the author of many books and articles, including Varieties of Religion Today: William James Revisited; Sources of the Self: The Making of the Modern Identity; The Ethics of Authenticity; Hegel; and the remarkable essay, The Politics of Recognition, which appeared in Multiculturalism (edited by Amy Gutmann).