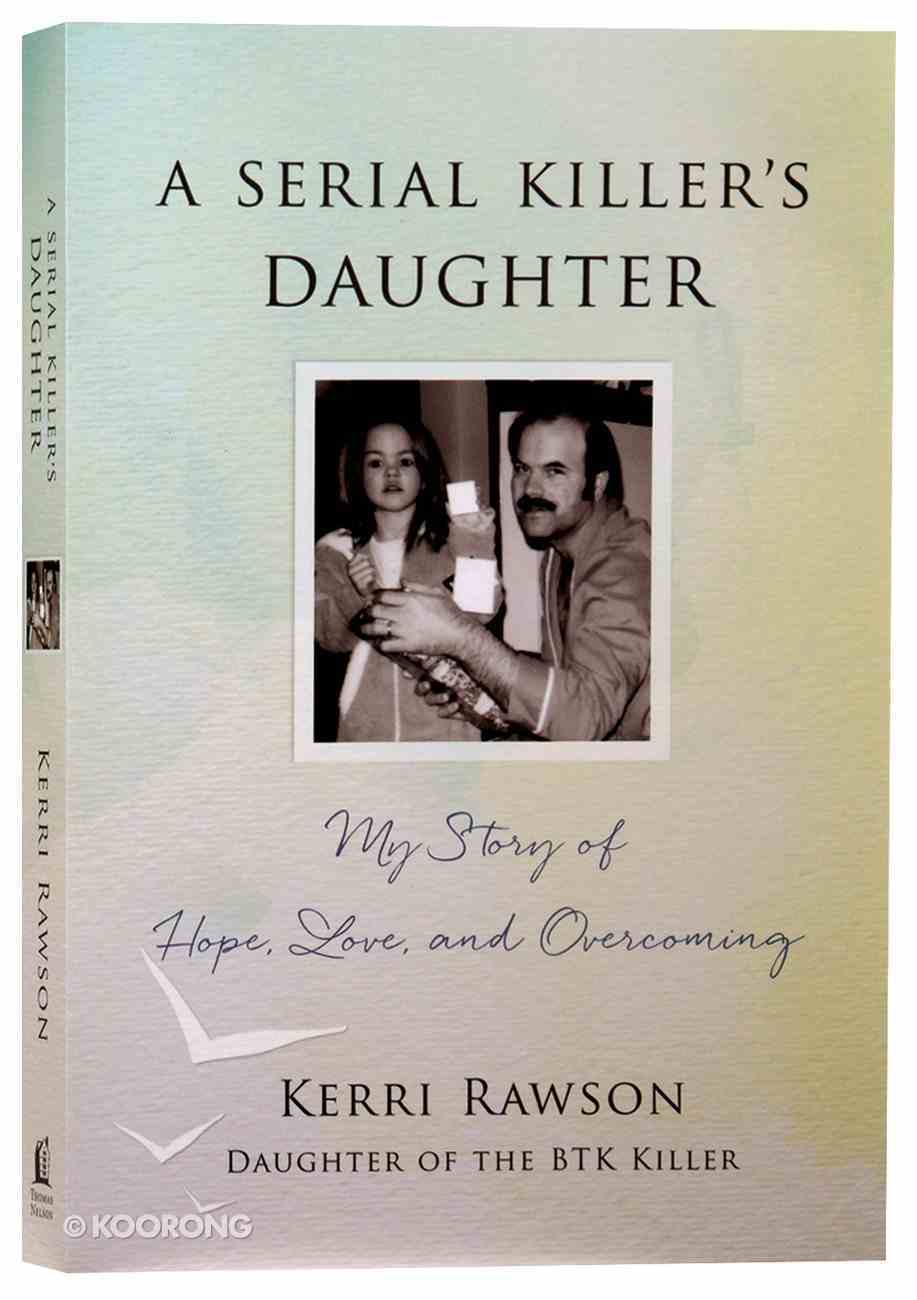 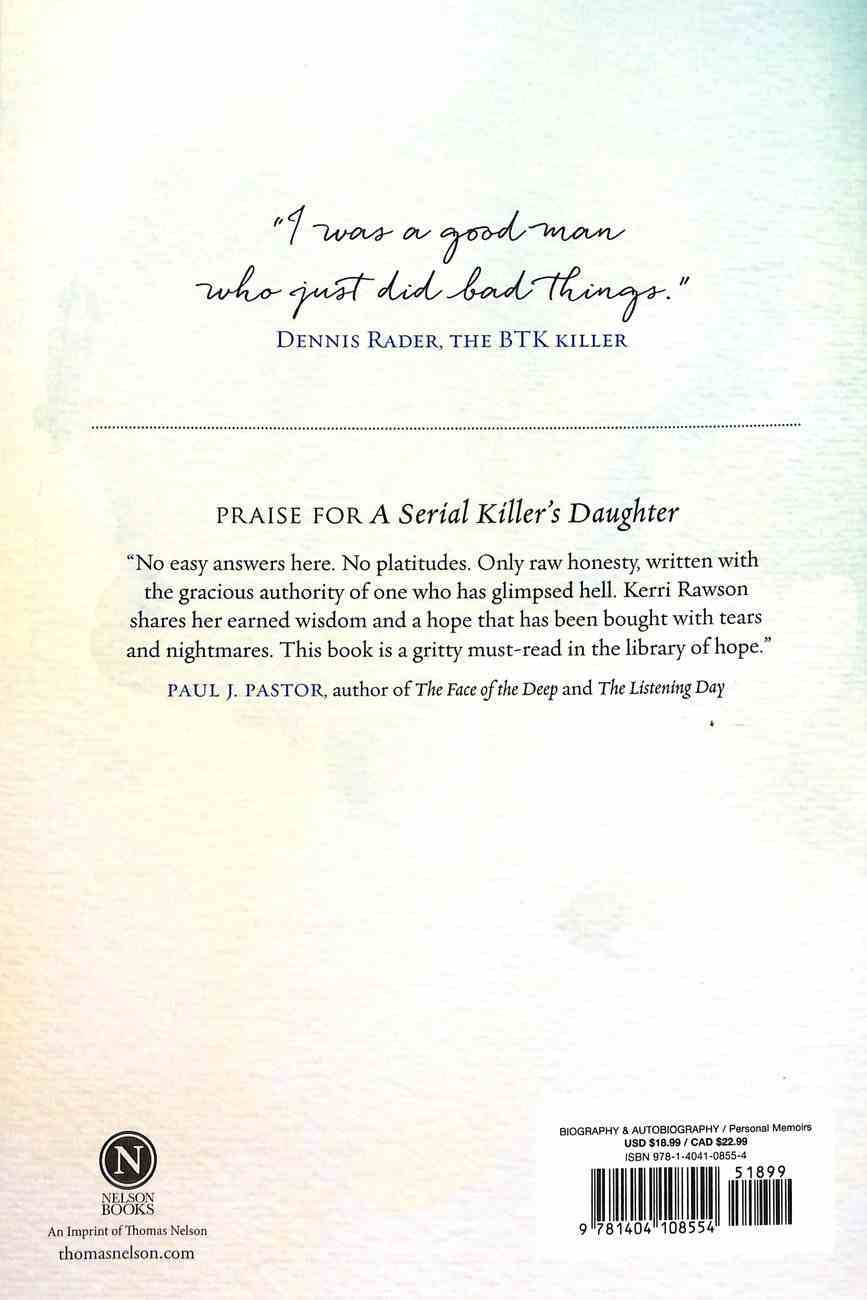 A Serial Killer's Daughter: My Story of Hope, Love and Overcoming

In 2005, Kerri Rawson heard a knock on the door of her apartment. When she opened it, an FBI agent informed her that her father had been arrested for murdering ten people, including two children. It was then that she...

13 available
Expected to ship within 5 hours from Australia.
Learn More
Free Shipping
for orders over $99.

Finding Myself Inside: When a Prison Sentence Becomes God's Gift of Love
Niven A Neyland, Tim Costello (Fwd)
Paperback

Hiding in the Light: Why I Risked Everything to Leave Islam and Follow Jesus
Rifqa Bary
Paperback

The Lighthouse Effect: How Ordinary People Can Have An Extraordinary Impact in the World
Steve Pemberton
Hardback

The Invisible Sentence: A Fascinating Memoir From the Wife of a Prisoner and How Her Family Survived Outside the Prison Wire
Verna McFelin
Paperback

Can't Nothing Bring Me Down
Ida Keeling, Anita Diggs
eBook

Around the World on 50 Bucks: How I Left With Nothing and Returned a Rich Man
Christopher Schacht
Paperback

In 2005, Kerri Rawson heard a knock on the door of her apartment. When she opened it, an FBI agent informed her that her father had been arrested for murdering ten people, including two children. It was then that she learned her father was the notorious serial killer known as BTK, a name he'd given himself that described the horrific way he committed his crimes: bind, torture, kill. As news of his capture spread, Wichitacelebrated the end of a thirty-one-year nightmare.

For Kerri Rawson, another was just beginning. She was plunged into a black hole of horror and disbelief. The same man who had been a loving father, a devoted husband, church president, Boy Scout leader, and a public servant had been using their family as a cover for his heinous crimes since before she was born. Everything she had believed about her life had been a lie.

Written with candor and extraordinary courage, A Serial Killer's Daughter is an unflinching exploration of life with one of America's most infamous killers and an astonishing tale of personal and spiritual transformation. For all who suffer from unhealed wounds or the crippling effects of violence, betrayal, and anger, Kerri Rawson's story offers the hope of reclaiming sanity in the midst of madness, rebuilding a life in the shadow of death, and learning to forgive the unforgivable.

"No easy answers here. No platitudes. Only raw honesty, written with the gracious authority of one who has glimpsed hell. Kerri Rawson shares her earned wisdom and a hope that has been bought with tears and nightmares. This book is a gritty must-read in the library of hope." -Paul J. Pastor, author of The Face of the Deep and The Listening Day

Kerri Rawson is the daughter of Dennis Rader, better known to the world as the serial killer BTK. Since her father's arrest, Kerri has been an advocate for victims of abuse, crime, and trauma, sharing her journey of hope, healing, faith, and forgiveness. She lives with her husband, two children, and two cats in Michigan.nbsp;

Behind the Lights: The Extraordinary Adventure of a Mum and Her Family
Helen Smallbone, James Rebecca St (Fwd)
Hardback