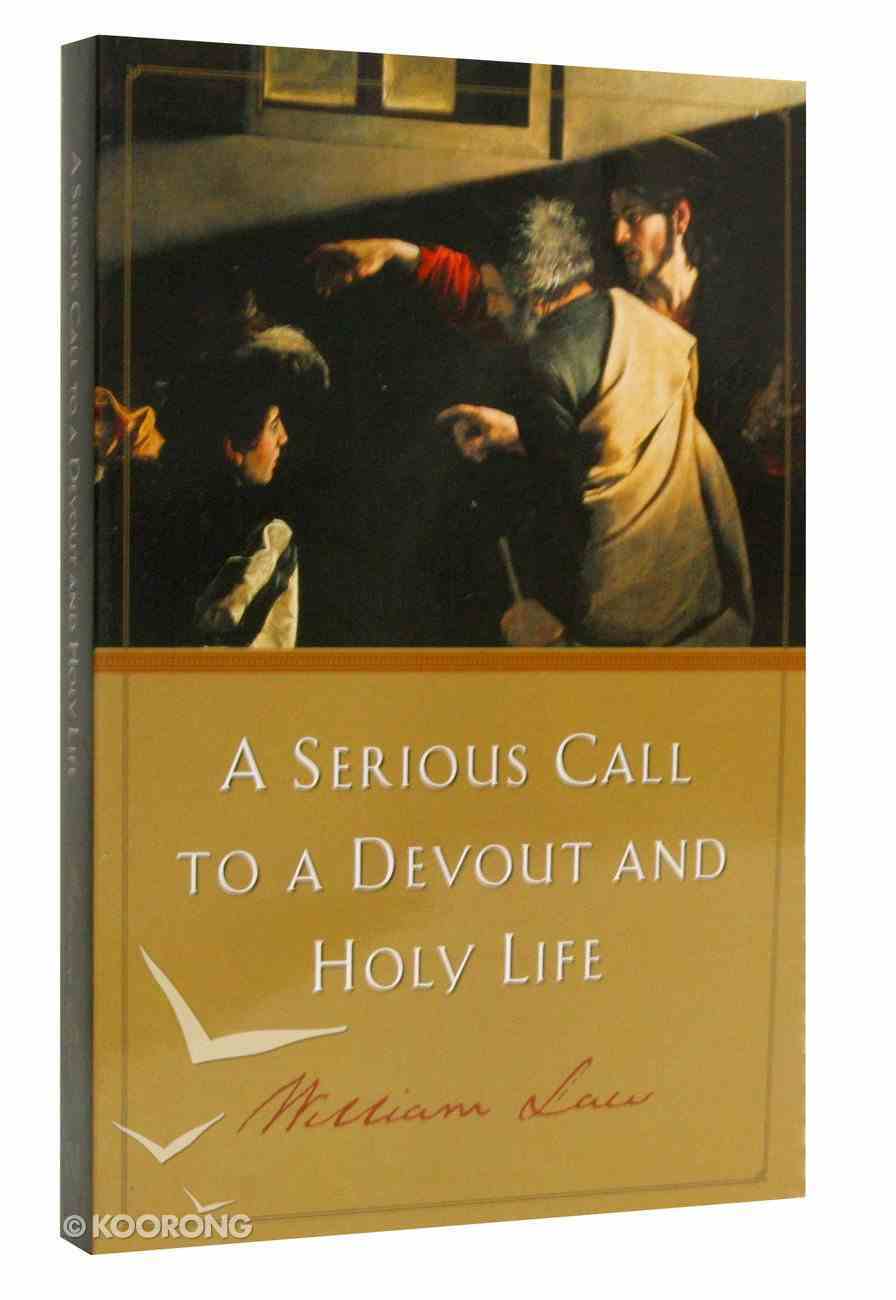 A Serious Call to a Devout and Holy Life

Originally published in 1728 at the beginning of the Enlightenment, when rational criticism of religious belief was at its peak, William Law's A Serious Call to a Devout and Holy Life succeeded in inspiring the most cynical men of the...

Originally published in 1728 at the beginning of the Enlightenment, when rational criticism of religious belief was at its peak, William Law's A Serious Call to a Devout and Holy Life succeeded in inspiring the most cynical men of the age with its arguments in favor of a spiritual life.


^^Law's challenge of conventional piety and emphasis on Christian perfection directly influenced literary critic Samuel Johnson and historian Edward Gibbon, as well as Cardinal John Henry Newman. John Wesley called it one of three books that accounted for his first "explicit resolve to be all devoted to God." Also, Charles Wesley, George Whitefield, Henry Venn, William Wilberforce, and Thomas Scott each described reading the book as a major turning point in his life.


^^More than simply a set of rules to live by, Law's book examines what it means to lead a Christian life and criticizes the perversion of Christian tenets by secular and spiritual establishments. Proclaiming that God does not merely forgive our disobedience, but directly calls us to obedience and to a life completely centered in him, he chides, "If you will here stop and ask yourself why you are not as pious as the primitive Christians were, your own heart will tell you that it is neither through ignorance nor inability, but because you never thoroughly intended it." Law's prose is fresh and vivid as he illustrates the Christian life as one lived completely for God. His thoughts on prayer, personal holiness, stewardship, pride and humility, and service to the poor will resonate with contemporary readers.

William Law (1686-1761) was educated at Cambridge, took a teaching position there, and was also ordained in the Church of England. He lost his access to university venues and the parish ministry when he became a non-juror a cleric who felt bound by his oat to the ousted James II and would not swear allegiance to the newly crowned William of Orange and his wife Mary. Denied the use of pulpit and lecture hall, his focus become personal spiritually, in particular the transformative power of the Christian faith that comes through intentional and consistent application of spiritual practices. His writings include Christian Perfection, The Grounds and Reasons of Christian Regeneration. The Spirit of Prayer, and The Spirit of Love.
-Publisher

William Law was one of the great clerics and educators of the Church of England. He was educated at Cambridge, eventually taking a teaching position there in addition to being ordained in the Church of England. The best known and most popular of the books he wrote was "A Serious Call to a Devout and Holy Life."

The Greatest Thing in the World: Experience the Enduring Power of Love
Henry Drummond
Mass Market