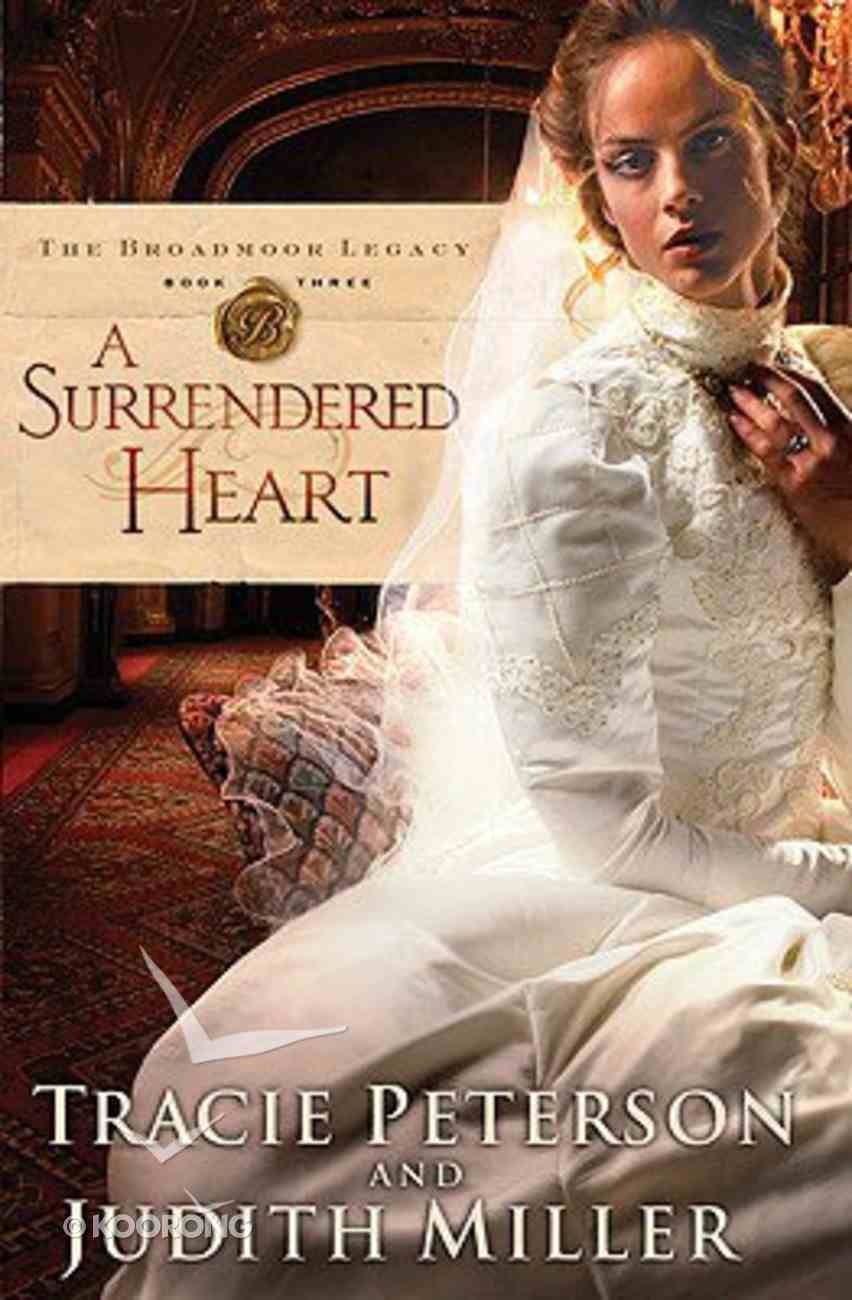 A Surrendered Heart (Large Print) (#03 in The Broadmoor Legacy Series)

At twenty-one, Amanda Broadmoor had the right to make her own way in life, but her father and mother hardly saw it that way. Women working in the medical field were still frowned upon, and Amanda had been reared to...

The Pattern of Her Heart (#03 in Lights Of Lowell Series)
Tracie Peterson, Judith Miller
eBook

At twenty-one, Amanda Broadmoor had the right to make her own way in life, but her father and mother hardly saw it that way. Women working in the medical field were still frowned upon, and Amanda had been reared to marry and produce heirs, not tend the sick. And especially not those suffering from cholera. ^"And Mama can be such an alarmist," Amanda whispered.
^^At the first report of cholera in Rochester, Amanda's mother had suggested the entire family take refuge at their summer estate on Broadmoor Island in the St. Lawrence River. However, that idea had been immediately vetoed by her father. Father had said his work would not permit him to leave Rochester, and for once, Amanda had agreed with one of his decisions. After devoting so much of her time and energy to medical training at Dr. Carstead's side, she couldn't possibly desert her work--not now, not when she was needed most.
-Publisher.


When cholera strikes Rochester, NY, most of the members of the Broadmoor family flee to their castle home in the Thousand Islands. But Amanda Broadmoor resolves to remain in Rochester to help control the spread of the dreaded disease. However, much more than Amanda's health hangs in the balance. Mishandling of the family fortune threatens to leave the Broadmoor family penniless and scorned by society unless Amanda is willing to sacrifice her future. Will she be forced to marry a man she disdains in order to save the Broadmoor legacy?
-Publisher

The conclusion to the bestselling drama set in the Thousand Islands region at the turn-of-the-century. Will Amanda marry to save the family legacy?
-Publisher

Judith Miller is an award-winning author whose avid research and love for history are reflected in her novels, two of which have placed in the CBA top ten lists. In addition to her writing, Judy is a certified legal assistant. Judy and her husband make their home in Topeka, Kansas.