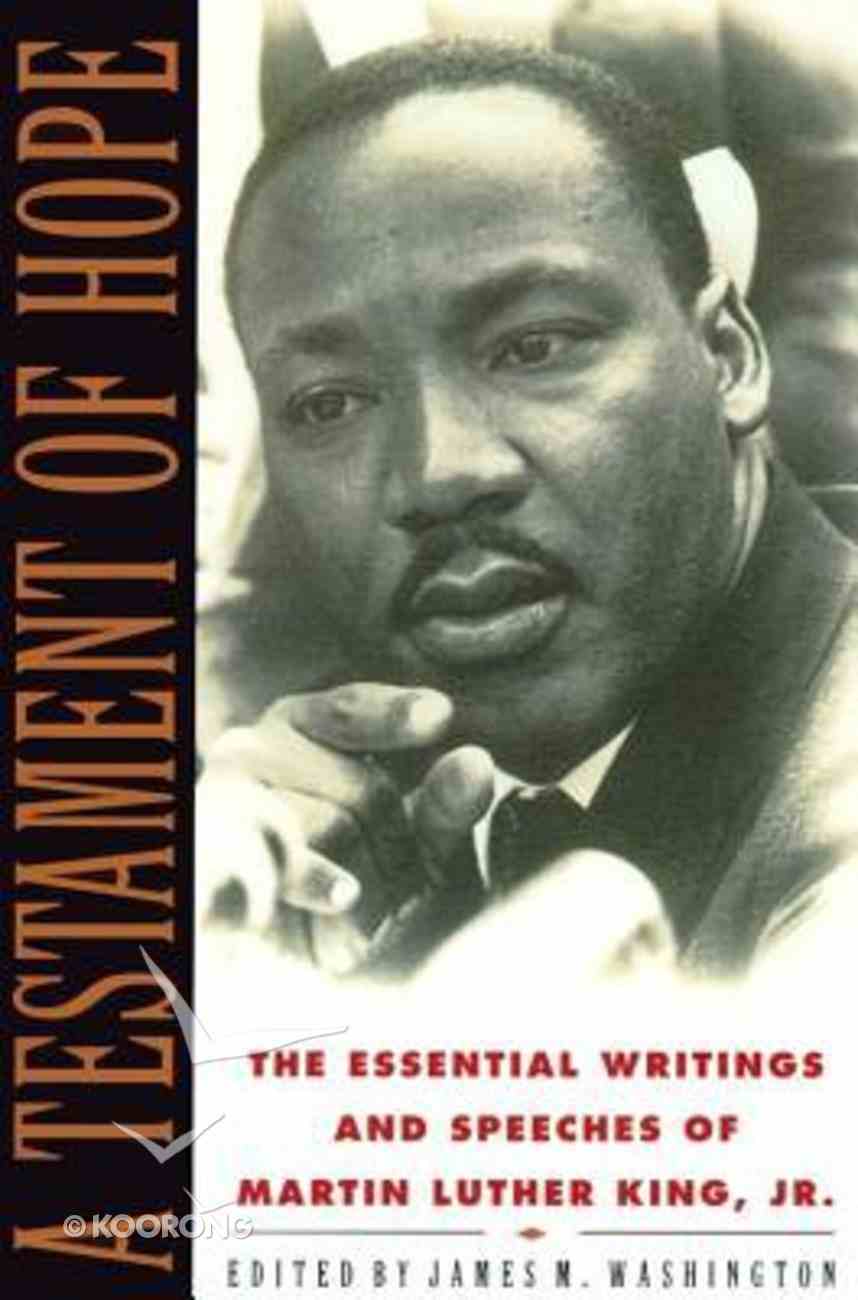 A Testament of Hope

Finally in paperback: 'The most powerful and enduring words of the man who touched the conscience of the nation and the world.' ('The Kansas City Star'). 'A Testament of Hope' has sold more than 46,000 copies in hardcover.

Finally in paperback: 'The most powerful and enduring words of the man who touched the conscience of the nation and the world.' ('The Kansas City Star'). 'A Testament of Hope' has sold more than 46,000 copies in hardcover.
-Publisher

"We've got some difficult days ahead," civil rights activist Martin Luther King, Jr., told a crowd gathered at Memphis's Clayborn Temple on April 3, 1968. "But it really doesn't matter to me now because I've been to the mountaintop. . . . And I've seen the promised land. I may not get there with you. But I want you to know tonight that we as a people will get to the promised land."^ These prohetic words, uttered the day before his assassination, challenged those he left behind to see that his "promised land" of racial equality became a reality; a reality to which King devoted the last twelve years of his life. ^ These words and other are commemorated here in the only major one-volume collection of this seminal twentieth-century American prophet's writings, speeches, interviews, and autobiographical reflections. "A Testament of Hope" contains Martin Luther King, Jr.'s essential thoughts on nonviolence, social policy, integration, black nationalism, the ethics of love and hope, and
-Publisher

Martin Luther King, Jr. (January 15, 1929 - April 4, 1968) was a famous leader of the American civil rights movement, a political activist, and a Baptist minister. In 1964, King became the youngest man to be awarded the Nobel Peace Prize for his work as a peacemaker, promoting nonviolence and equal treatment for different races. On April 4, 1968, Dr. King was assassinated in Memphis, Tennessee. In 1977, he was posthumously awarded the Presidential Medal of Freedom by Jimmy Carter. In 1986, Martin Luther King Day was established as a United States holiday. Dr. King often called for personal res