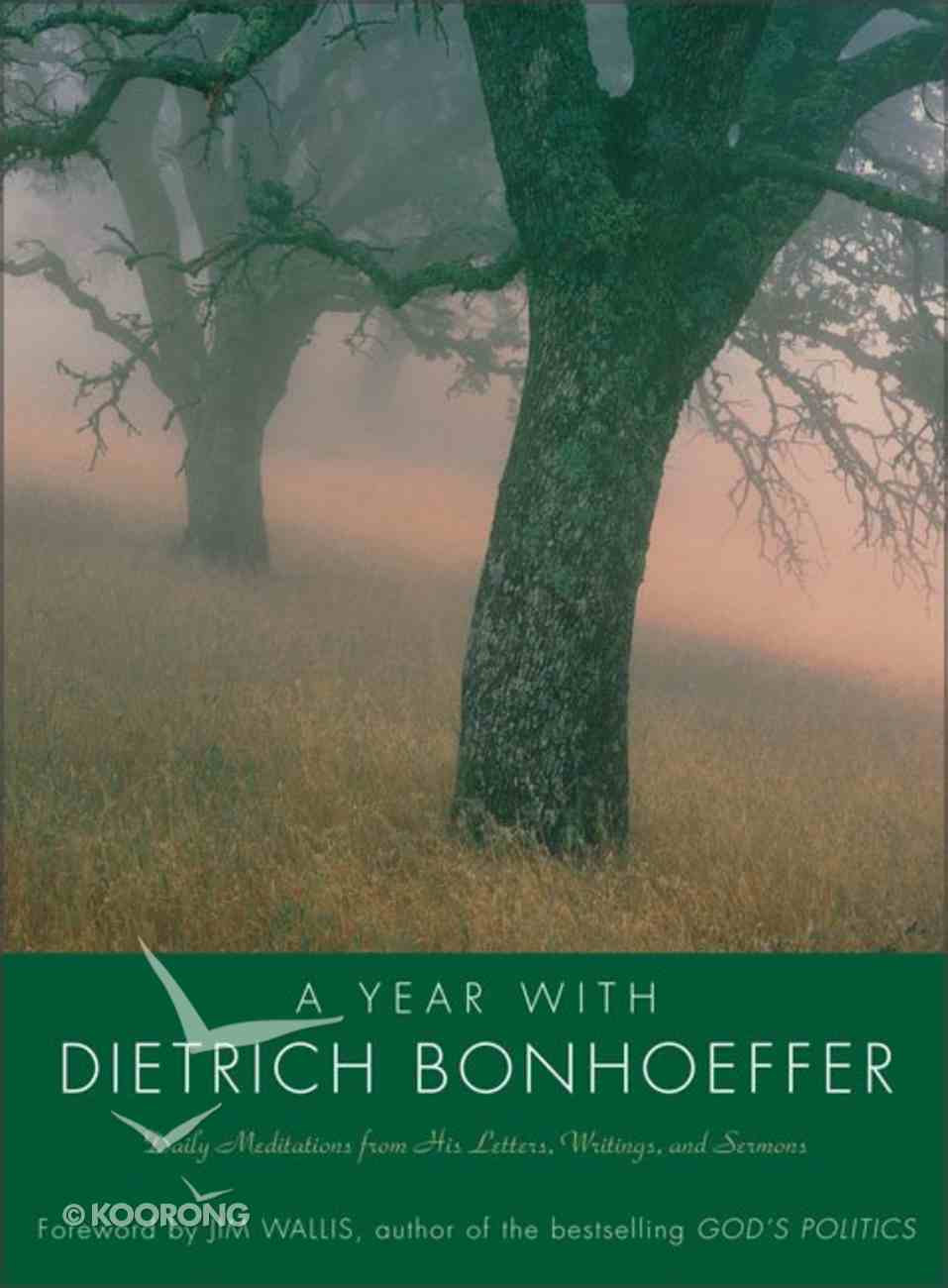 A Year With Dietrich Bonhoeffer

In time for the 100th anniversary of his birth on February 4, 1906, come daily readings from beloved pastor and theologian Dietrich Bonhoeffer.Imprisoned and martyred by the Gestapo near the end of World War II for plotting to assassinate Hitler,...

In time for the 100th anniversary of his birth on February 4, 1906, come daily readings from beloved pastor and theologian Dietrich Bonhoeffer.Imprisoned and martyred by the Gestapo near the end of World War II for plotting to assassinate Hitler, Dietrich Bonhoeffer left a legacy of writings and sermons that has become a prized testimony of faith and courage for Christians around the World.In these times when the role of faith in politics is vigorously debated, these daily readings will offer inspiration from one of our time's central moral figures. His courage, vision, and brilliance have greatly influenced the last 100 years of church and theology. Bonhoeffer has profoundly shaped such minds as Martin Luther King, Jr. As John Macquarrie wrote in the New York Times Book Review, "It would be impossible to overrate Dietrich Bonhoeffer's importance as a disciple, a great Christian and moral leader."
-Publisher

Dietrich Bonhoeffer was only thirty-nine when he was executed by the Nazis in 1945, yet his influence on Christian life has been enormous. His passionate, theology-based opposition to Nazism made him a leader, along with Karl Barth, in Germany's Confessing Church. Bonhoeffer is embraced by both liberal and conservative Christians, and the integrity of his faith and life have led believers everywhere to recognize him as the one theologian of his time to lead future generations of Christians into the new millennium. His writings are a treasure of spiritual wisdom, social con-science, pastoral care, and theological insights that are an inspiration to us all, no matter what challenges we face. ^A Year with Dietrich Bonhoeffer showcases his writings, letters, and sermons in a daily devotional format, encouraging and deepening readers' reflections and meditations. With a foreword by Jim Wallis, author of God's Politics, A Year with Dietrich Bonhoeffer will take readers on a 365-day journe
-Publisher

Life: An Obsessively Grateful, Undone By Jesus, Genuinely Happy, and Not Faking It Through the Hard Stuff Kind of Devotional
Lisa Harper
Hardback