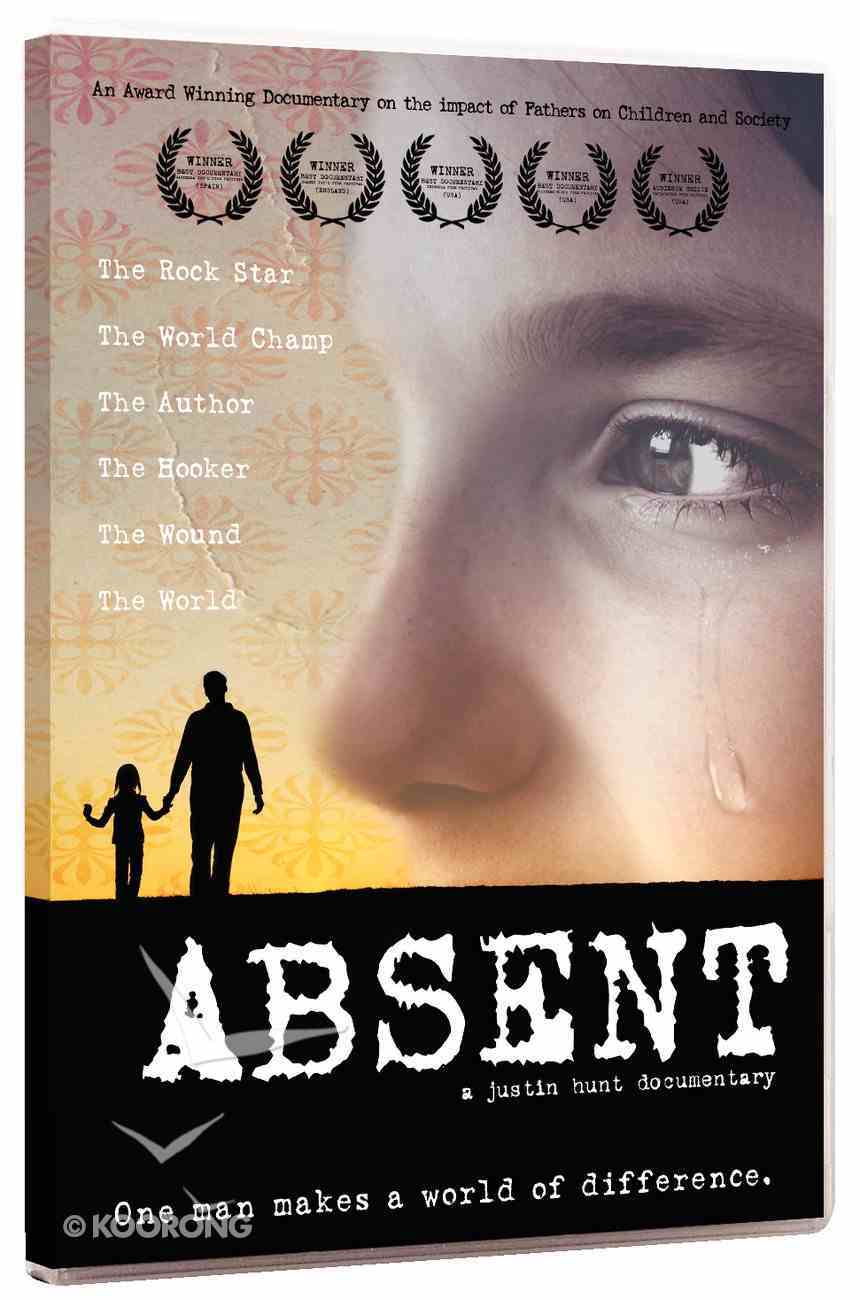 Absent: An Award Winning Documentary on the Impact of Fathers on Children and Society

ABSENT is a documentary on the impact of Fathers on children and society. It has won six International Awards. From the acclaimed Award Winning Journalist and Director Justin Hunt. Overview "Have you ever considered that your father is...

The Man of Galilee: Questions About the Life and Impact of Jesus Christ
Wesley Mission, Keith Garner
DVD

The Case For Faith (The Film)
Lee Strobel
DVD

ABSENT is a documentary on the impact of Fathers on children and society. It has won six International Awards. From the acclaimed Award Winning Journalist and Director Justin Hunt.

Overview
"Have you ever considered that your father is the first person to either choose you or not, and the answer to the question 'Am I good enough' will undoubtedly affect you and those around you for the rest of your life and theirs".

The effect of fathers on their children's lives is powerful and the one thing that we all have in common is a father.

The ABSENT documentary presents a powerfully truthful and raw look at the very heart of many family pains that exist today. It is a real and honest insight at the deeper issues of fathers and the flow on effect to every child and community.

ABSENT shows the importance of love, respect and acceptance desperately needed for young men and women to grow up emotionally healthy.

Justin Hunt interviews some powerful social experts like John Eldridge and Richard Rohr. Plus interviews with legendary James Hetfield of the heavy metal band Metallica, Johnny Tapia five-time world boxing champion and Robin Decker a model, actress and mother of four boys to mention a few. These interviews give heart felt emotions and show the ongoing effects on children and society. How these emotions influence unconscious decision-making throughout our life.

Supported with social research and high impact facts you are given powerful insights into the many social issues we all face today.

Justin Hunt is an award winning journalist and director. He began his career in journalism while in high school in Bloomfield, New Mexico. As a senior, Hunt was given the United States Journalism Association's award for the best high school newspaper story in the nation. From there, after a short stint in print journalism, his focus turned to broadcasting.

﻿In 1995, he began an internship with KOBF TV in Farmington, New Mexico. At 18, he was made the weekend anchor and one of the youngest news anchors in NBC history. After graduating from college, he returned to KOBF.

In 2000, he was transferred to Roswell, New Mexico, and KOBR, where at 23 years old, he was made the youngest news director in the country.

Over the next four years, Hunt would win more than 40 Associated Press and New Mexico Broadcaster's Awards, including the prestigious "News Reporter of the Year Award", three times.

On December 31, 2011, Justin was named by the Arizona Republic as one of the Ten People Who Most Impacted Their Community (Gilbert, AZ), which has a population of over 250,000.

﻿Justin is married to Dani and together they have three children.

I Am Israel
DVD

Christ in You: The Voice
DVD