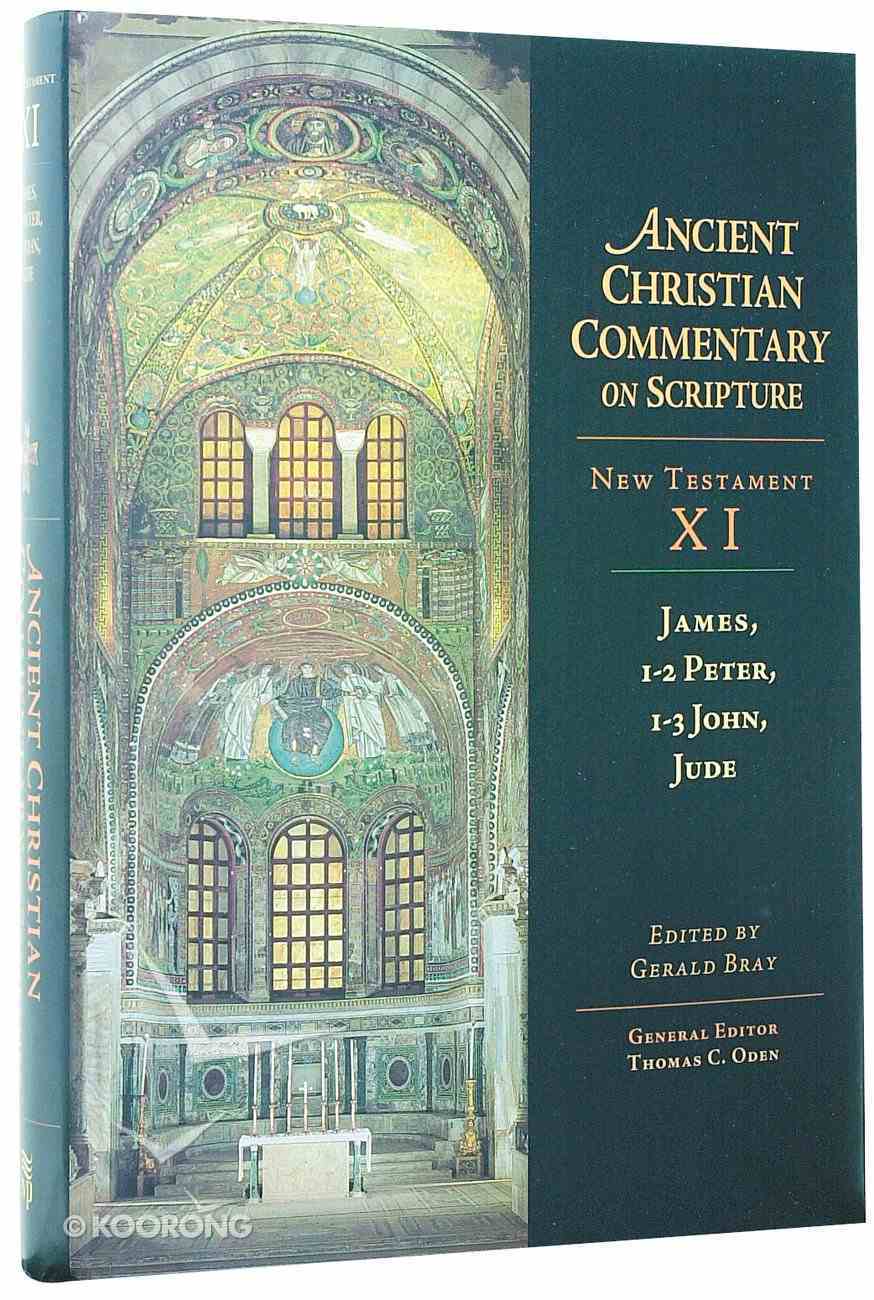 The early church fathers drew on the 'Catholic Epistles' as a means of defense against the rising challenges of heretics, and as a source of instruction in the ways of self-sacrifice, generosity and humility. This unique and fascinating volume includes...

The early church fathers drew on the 'Catholic Epistles' as a means of defense against the rising challenges of heretics, and as a source of instruction in the ways of self-sacrifice, generosity and humility. This unique and fascinating volume includes teaching by Clement of Alexandria, Justin Martyr, Iranaeus and Tertullian. From IVP

This Ancient Christian Commentary on James, 1-2 Peter, 1-3 John and Jude opens a whole new way of reading these New Testament texts. The pastoral and theological interpretation of the fathers offers spiritual and intellectual sustenance to those who would read these texts again with open minds and hearts.
-Publisher

A 2001Christianity TodayAward of Merit winner!Because the Catholic Epistles focus on orthodox faith and morals, the Fathers drew on them as a means of defense against the rising challenge of heretics. This factor gave these letters a freshness and relevance to conditions in the fourth and fifth centuries that might otherwise seem surprising. Many of the Fathers unabashedly saw in them anticipatory attacks on Marcion and strong defenses against the Arians. They did so quite naturally because in their view truth was eternal and deviations from it had existed from the beginning.Above all, the Fathers found in the Catholic Epistles a manual for spiritual warfare, counsel for the faithful in the cosmic struggle between good and evil. In them was sound instruction in the ways of self-sacrifice, generosity and humility, through which the cosmic forces of evil could be defeated.Allusions to these letters go back as far as Justin Martyr, Irenaeus and Tertullian, but the first commentary derives from Clement of Alexandria. Didymus the Blind was the next significant Greek-speaking commentator, though his commentary is fully extant only in Latin translation. Many of the comments from the early centuries have been passed on to us through Latin catenae, or chain commentaries, in which a later commentator collected comments from a variety of sources and chained them together in a fashion much like that of the Ancient Christian Commentary on Scripture. Among Latin commentators on these letters, pride of place must be given to Bede the Venerable.This volume opens up a treasure house of ancient wisdom that allows these faithful witnesses, some appearing here in English translation for the first time, to speak with eloquence and intellectual acumen to the church today.
-Publisher