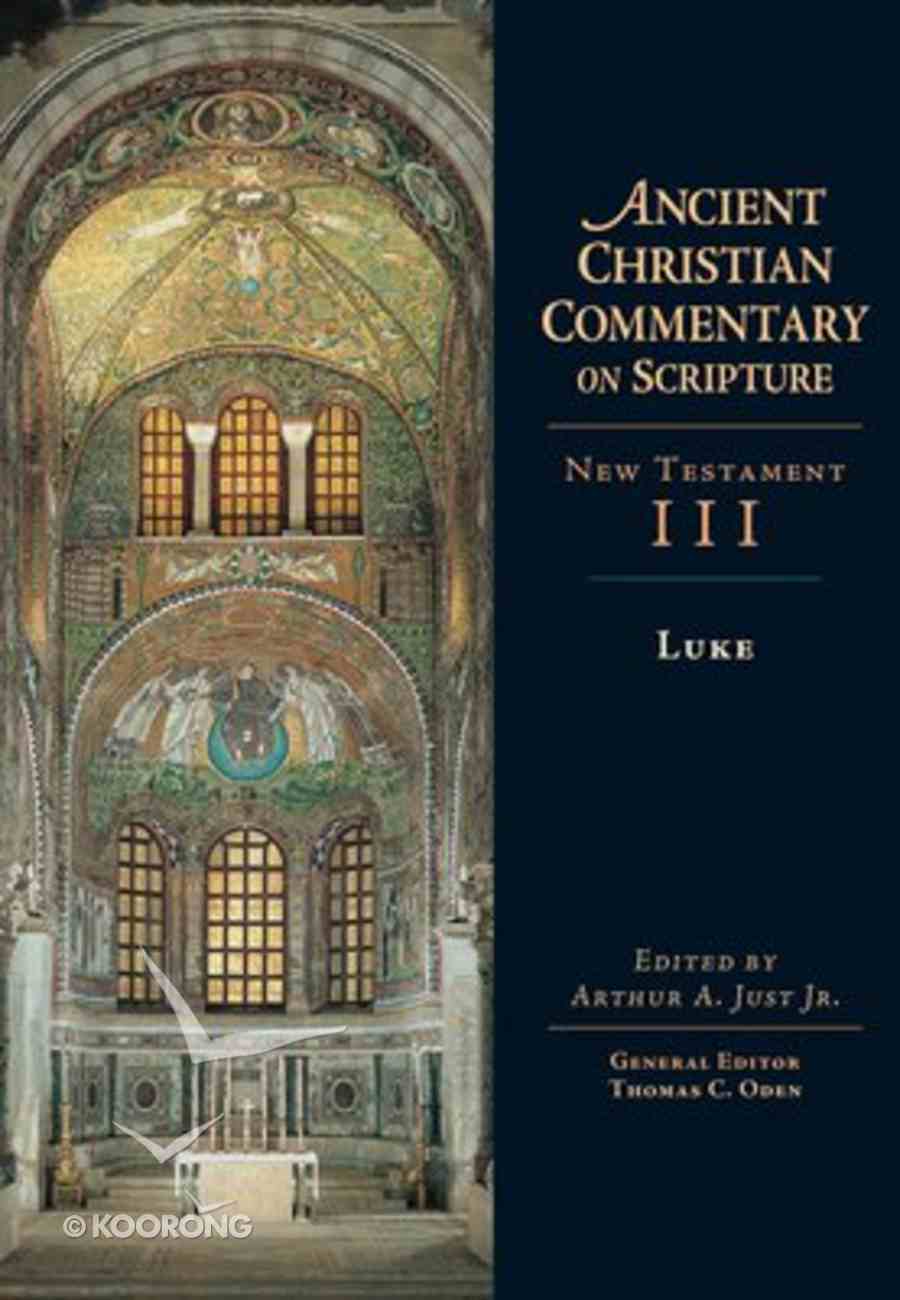 For the church fathers the Gospels did not serve as resources for individual analysis and academic study. They were read and heard and interpreted within the worshiping community. They served as sources for pastoral counsel and admonition for those who...

For the church fathers the Gospels did not serve as resources for individual analysis and academic study. They were read and heard and interpreted within the worshiping community. They served as sources for pastoral counsel and admonition for those who were committed to the Way. Although Matthew and John were generally the preferred Gospels, Luke, because of his particular interests and unique contributions, took pride of place during the Christmas season as well as during Easter and other major feasts.

During the early patristic period, the tradition of continuous reading (lectio continua) through the Gospels developed, such that over a course of time a complete Gospel was read in sections, and sermons were preached on the readings either at weekly or midweek worship and Communion liturgies or during morning and evening prayer services. Among such sermons that have survived, this commentary includes selections from Origen and Cyril of Alexandria.

Aside from sermons, we find that the fathers addressed exegetical issues in theological treatises, pastoral letters and catechetical lectures. Among these, as in other ACCS volumes, readers will find materials ranging from East to West and from the first to the eighth centuries. Among well-known fathers cited are Ambrose, Athanasius, Augustine, the Cappadocians, John Chrysostom, John of Damascus and Bede the Venerable. Among lesser-known fathers are John Cassian, Philoxenus of Mabbug and Theophylact.

This volume, edited by Arthur A. Just, opens up a treasure house of ancient wisdom that allows these faithful witnesses, some appearing here in English translation for the first time, to speak with eloquence and intellectual acumen to the church today. 444 pages, from IVP.
-Publisher

Dr. Just (Ph.D.University of Durham) has been on the faculty of Concordia Theological Seminary, Fort Wayne, since 1984. He is presently Professor of Exegetical Theology, Dean of the Chapel, and Director of Deaconess Studies. He teaches New Testament, liturgics, homiletics, catechetics, and pastoral theology. He has contributed a chapter on "Liturgical Renewal in the Parish" to Lutheran Worship: History and Practice by Concordia Publishing House, articles on preaching, liturgy, and New Testament in various periodicals, and his doctoral thesis, The Ongoing Feast: Table Fellowship and Eschatology at Emmaus, was published. Dr. Just published a two-volume commentary on the Gospel of Luke for the Concordia Commentary. . He recently published the Lukan volume for the Ancient Christian Commentary on Scripture from InterVarsity Press, Thomas C. Oden, General Editor. He is also chairman of the Lectionary Committee for the Lutheran Hymnal Project for the Commission on Worship and a member of the Steering Committee.