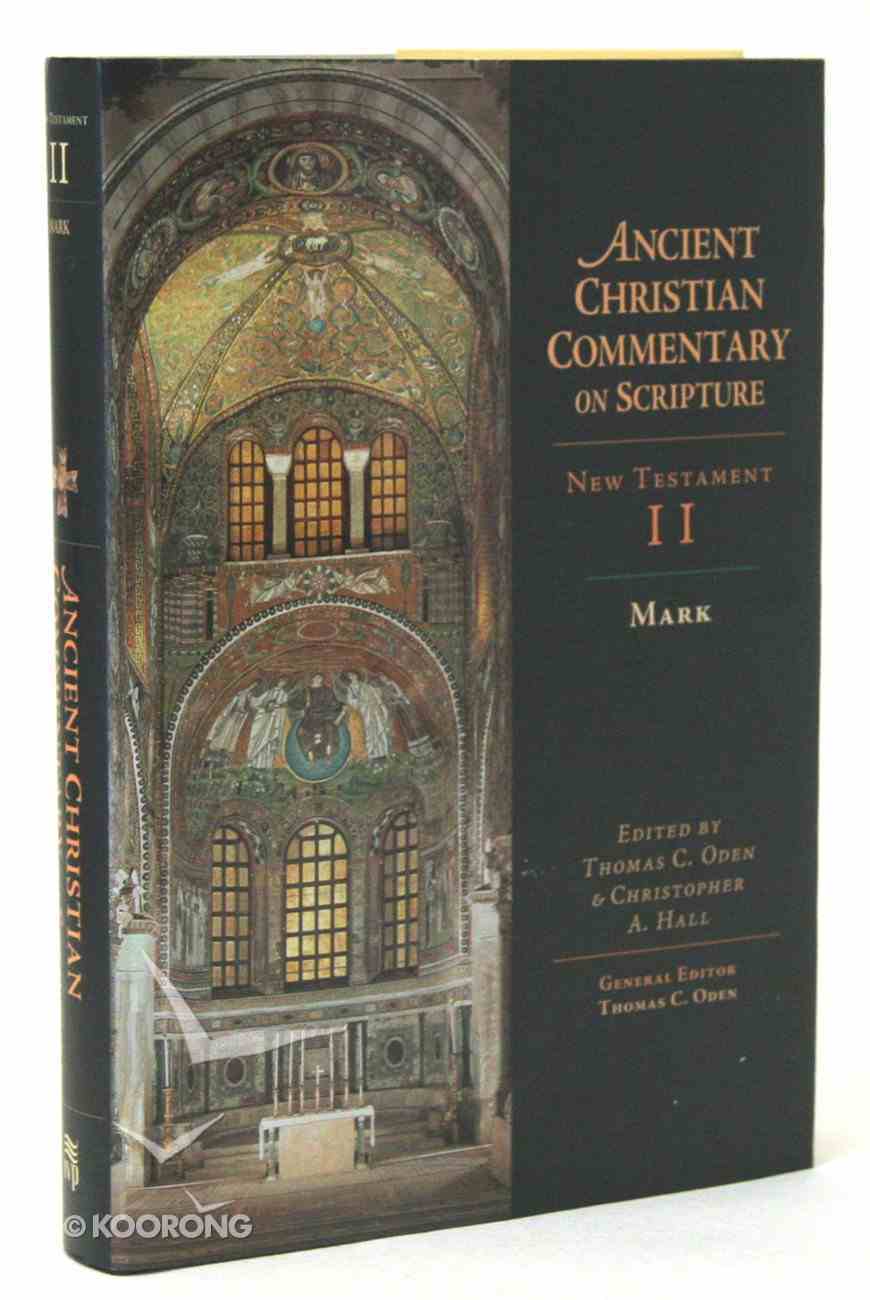 Book of the Year Award from Christianity Today The early church valued the Gospel of Mark for its preservation of the apostolic voice and gospel narrative of Peter. Yet the early church fathers very rarely produced sustained commentary on...

1 available
Expected to ship within 1 hour from Australia.
Learn More
Free Shipping
for orders over $99.

Book of the Year Award from Christianity Today

The early church valued the Gospel of Mark for its preservation of the apostolic voice and gospel narrative of Peter. Yet the early church fathers very rarely produced sustained commentary on Mark. This brisk-paced and robust little Gospel, so much enjoyed by modern readers, was overshadowed in the minds of the fathers by the magisterial Gospels of Matthew and John.

But now with the assistance of computer searches, an abundance of comment has been discovered to be embedded and interleaved amidst the textual archives of patristic homilies, apologies, letters, commentaries, theological treatises and hymnic verses.

In this Ancient Christian Commentary on Mark, the insights of Augustine of Hippo and Clement of Alexandria, Ephrem the Syrian and Cyril of Jerusalem join in a polyphony of interpretive voices of the Eastern and Western church from the second century to the seventh. St. Mark's Gospel displays the evocative power of its story, parables and passion as it ignites a brilliant exhibit of theological insight and pastoral wisdom.

The Ancient Christian Commentary on Mark (now in its second edition) opens up a long-forgotten passage through the arid and precipitous slopes of post-Enlightenment critical interpretation and bears us along to a fertile valley basking in the sunshine of theological and spiritual interpretation. In these pages we enter the interpretive world that long nurtured the great pre-modern pastors, theologians and saints of the church.
-Publisher

itzroy Dearborn is pleased to announce an historic event in religious reference publishing -- Ancient Christian Commentary on Scripture. Already eight years in development under the general editorship of Thomas C. Oden, the first six volumes have now been released: Mark; Romans; Galatians, Ephesians, Philippians; I Corinthians; Colossians; and the General Epistles.
Scripture today is interpreted primarily from the perspective of post-Enlightenment thinkers. Earlier commentary, particularly that of the renowned church fathers -- Ambrose, Chrysostom, Augustine, etc. -- has largely been lost to us. These early patristic writings are now rarely consulted -- not because they lack interest but because many of them have not been translated; still others are not readily available in reliable editions.


Ancient Christian Commentary on Scripture is a truly unique resource: when completed, it will include 27 volumes encompassing the entire Bible, from Genesis to Revelation, plus the Apocrypha