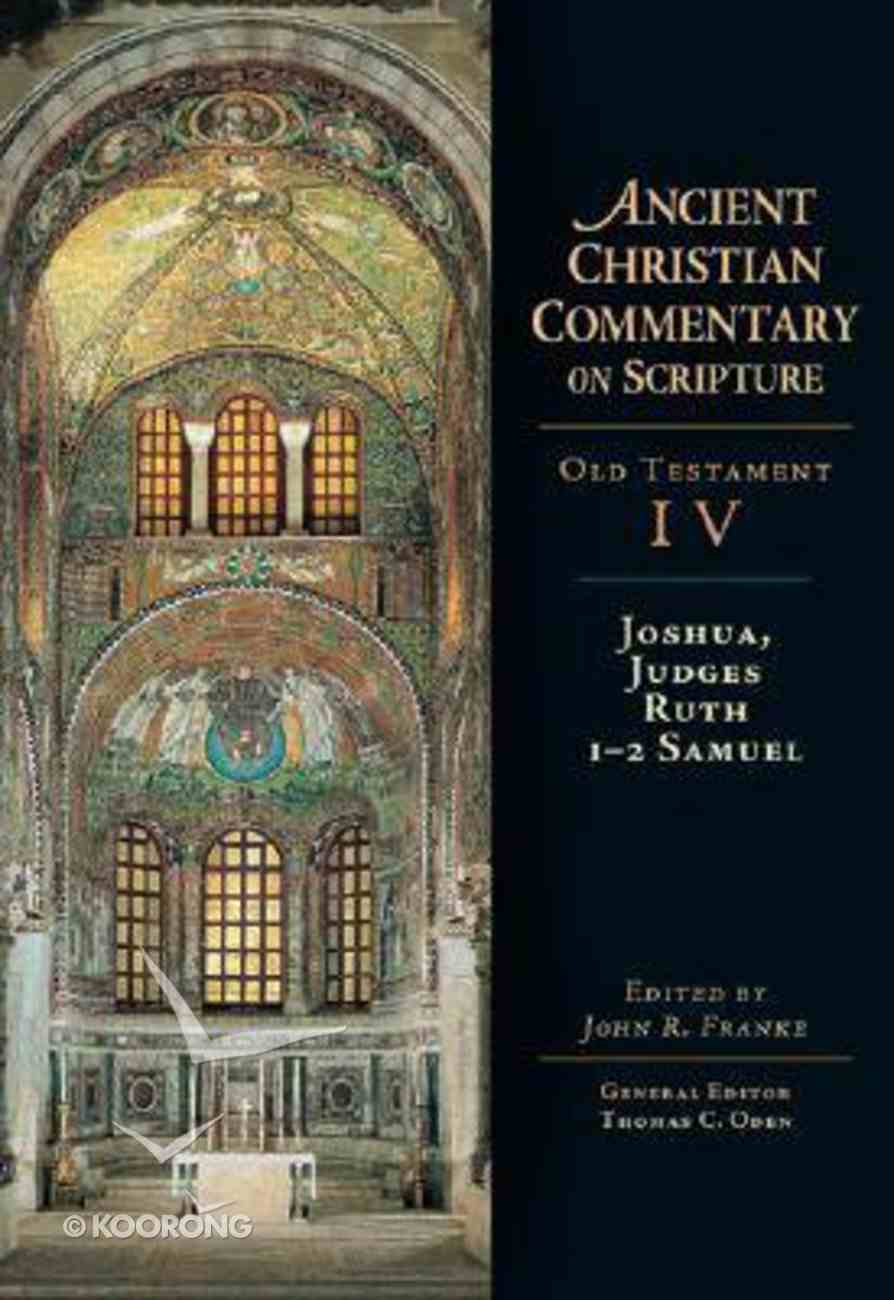 The history of the entry into the Promised Land followed by that of the period of the judges and early monarchy may not appear to readers today as a source for expounding the Christian faith. But the church fathers readily...

Otgfe: Joshua, Judges and Ruth For Everyone
John Goldingay
Paperback

Otgfe: Joshua, Judges and Ruth For Everyone
John Goldingay
eBook

The history of the entry into the Promised Land followed by that of the period of the judges and early monarchy may not appear to readers today as a source for expounding the Christian faith. But the church fathers readily found parallels, or types, in the narrative that illumined the New Testament. An obvious link was the similarity in name between Joshua, Moses' successor, and Jesus - indeed, in Greek both names are identical. Thus Joshua was consistently interpreted as a type of Christ. So too was Samuel. David was recognized as an ancestor of Jesus, and parallels between their two lives were readily explored. And Ruth, in ready fashion, was seen as a type of the church.

Among the most important sources for commentary on these books are the homilies of Origen, most of which are known to us through the Latin translations of Rufinus and Jerome. Only two running commentaries exist-one from Gregory of Nazianzus, one of the famous Cappadocian theologians, the other from Bede the Venerable.

Another key source for the selections found here derives from question-and-answer format, such as Questions on the Heptateuch from Augustine, Questions on the Octateuch from Theodoret of Cyr and Thirty Questions on 1 Samuel from Bede. The remainder of materials come from a wide variety of occasional and doctrinal writings, which make mention of the biblical texts to support the arguments.

Readers will find a rich treasure trove of ancient wisdom, some appearing here for the first time in English translation, that speaks with eloquence and challenging spiritual insight to the church today.

John R. Franke, (D.Phil. University of Oxford) is Professor of Theology at Biblical Theological Seminary, Hatfield PA. Dr. Franke is particularly interested in engaging postmodern thought and culture from the perspective of Christian faith in order to explore the opportunities and challenges they present for the witness and ministry of the gospel. In addition to teaching at Biblical, he has lectured and taught on the relationships between theology, ministry, and postmodernity in the United States, Canada, England, and New Zealand and is actively involved in research and writing. In addition to publishing numerous articles and reviews, he is the co-author of Beyond Foundationalism: Shaping Theology in a Postmodern Context and the author of The Character of Theology and Barth for Armchair Theologians.

Every Promise of Your Word: The Gospel According to Joshua
Rhett Dodson
Hardback