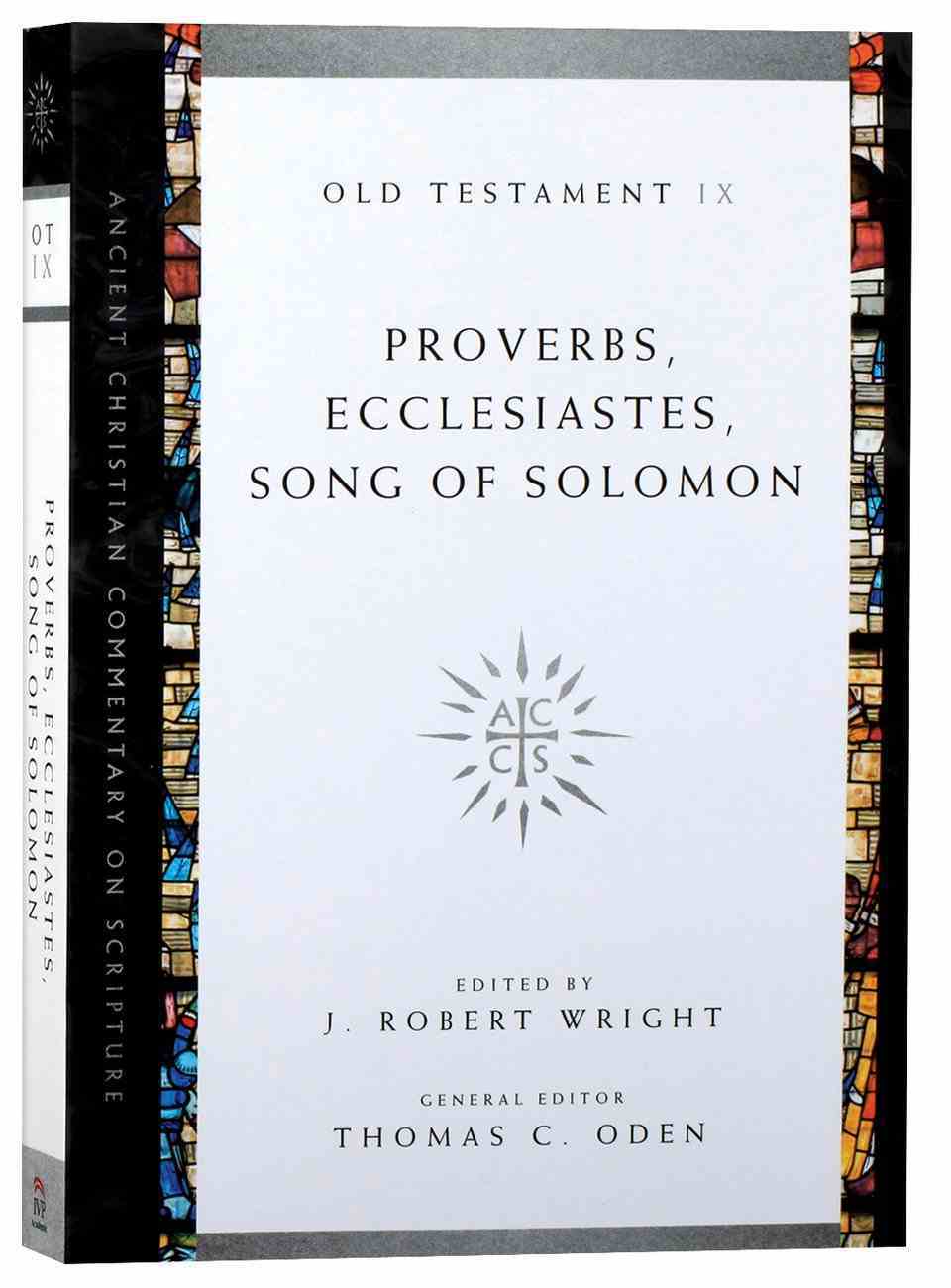 Among the Wisdom Literature of the Old Testament, Proverbs, Ecclesiastes and the Song of Solomon were all thought by the early church fathers to have derived from the hand of Solomon. To their minds the finest wisdom about the deeper...

5 available
Expected to ship within 1 hour from Australia.
Learn More
Free Shipping
for orders over $99.

Proverbs, Ecclesiastes and the Song of Songs For Everyone (Old Testament Guide For Everyone Series)
John Goldingay
Paperback

Among the Wisdom Literature of the Old Testament, Proverbs, Ecclesiastes and the Song of Solomon were all thought by the early church fathers to have derived from the hand of Solomon. To their minds the finest wisdom about the deeper issues of life prior to the time of God's taking human form in Jesus Christ was to be found in these books. As in all the Old Testament they were quick to find types and intimations of Christ and his church which would make the ancient Word relevant to the Christians of their day.

Of extant commentaries on Ecclesiastes none is so profound as the eight homilies of Gregory of Nyssa, even though they cover only the first three chapters of the book. Joining Gregory among those most frequently excerpted in this volume are Augustine, Ambrose, Gregory the Great, Origen, John Cassian, John Chrysostom, Athanasius, Bede the Venerable and Jerome. Gregory of Nazianzus, Basil the Great and Cyril of Jerusalem lead a cast of other less frequently cited fathers, and then there remains a large cast of supporting players, some of whose work is translated here into English for the first time.

This volume edited by J. Robert Wright thus offers a rich trove of wisdom on Wisdom for the enrichment of the church today.

"There is no shortage of new books on the market and it may be a surprise to some to see IVP producing the Ancient Christian Commentary on Scripture series. But, bearing in mind C. S. Lewis's admonition, 'It is a good rule, after reading a new book, never to allow yourself another new one till you have read an old one in between,' this series will fill a great need that many of us may not even be aware of--the need to read those who have gone before us." -D. Stuart Briscoe

Proverbs For You: Giving You Wisdom For Real Life (God's Word For You Series)
Kathleen Nielson
Paperback

Proverbs, Ecclesiastes and the Song of Songs For Everyone (Old Testament Guide For Everyone Series)
John Goldingay
Paperback