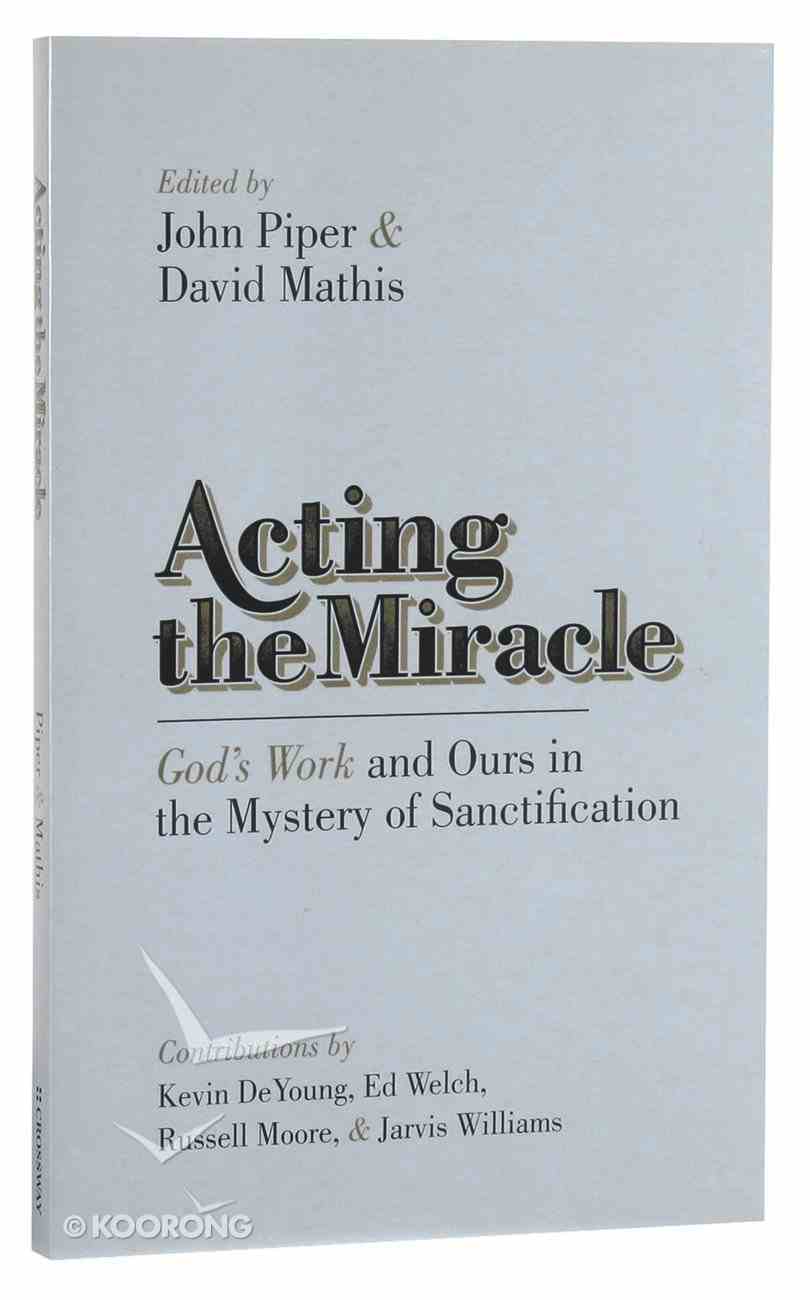 Fighting sin is hard. Thankfully, God helps Christians to overcome sin through the miracle of sanctification. This new book, edited by best-selling author John Piper and his trusted colleague, David Mathis, calls readers to &"act the miracle&" God has already...

What Do You Think of Me? Why Do I Care?
Edward T Welch
Paperback

Just One More: When Desires Don't Take No For An Answer (Resources For Changing Lives Series)
Edward T Welch
Booklet

Fighting sin is hard. Thankfully, God helps Christians to overcome sin through the miracle of sanctification. This new book, edited by best-selling author John Piper and his trusted colleague, David Mathis, calls readers to &"act the miracle&" God has already worked within all believers. With contributions from popular speakers Kevin DeYoung, Ed Welch, Russell Moore, and Jarvis Williams, this compilation draws on a wealth of wisdom derived from God&'s Word and personal experience in order to encourage Christians to strive for holiness without falling into the trap of legalism. Here is a practical resource from leading evangelicals that helps Christians to pursue godly living.

EDWARD T. WELCH (M.Div., Biblical Theological Seminary; Ph.D. in counseling psychology, University of Utah) is a licensed psychologist and faculty member of the Christian Counseling and Educational Foundation (CCEF). He has written many books on such subjects as addiction, depression, and anxiety and contributes frequently to the Journal of Biblical Counseling.